In 1929 a woman named Augusta Lynch de MacKinley of Buenos Aires was in correspondence with the Office of the Chief Herald in Ireland about ongoing research into the origins of her branch of the Lynch family.

The notes from this research, which are now in the National Library1, state that the man she described as the founder of the South American branch of the family was Patrick Linch, born in 1715, son of Patrick Linch and Ines (Agnes) Blake. The family home was Lydican (or Lydecan) in the County Galway parish of Claregalway. 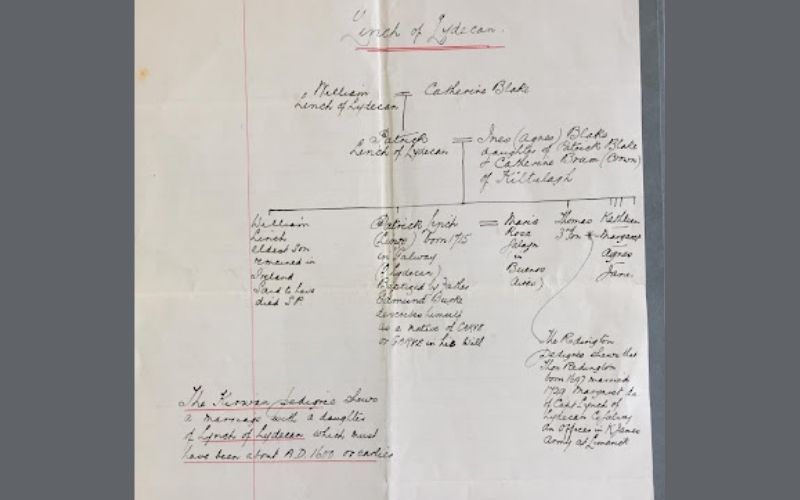 As this research was underway in Dublin, the man who would become Patrick Lynch’s most famous descendent was beginning his life in Rosario, Argentina.  Ernesto Raphael Guevara de la Serna, better known to the world as the revolutionary Ché Guevara, was born on 14 June 1928 to Ernesto Guevara Lynch and Celia de la Serna.3

Five generations separate Ché and his Irish immigrant ancestor who settled in the area the estuary of the Río De La Planta, now Buenos Aires.   There Patrick Lynch and his children prospered. There were fortunes to be made as the settlement grew. Over the decades Lynch’s many descendants were central to the development of what became the Argentine Republic.  And the Lynch influence spread beyond Argentina. One descendant, Patricio Lynch (1825-1889) became Rear Admiral of the Chilean navy. 4

Back in the parish of Claregalway, the Lynch (or Linch) family of Lydican did not fare so well.   In the years after Patrick Lynch was born, the estate became heavily indebted.  Eventually it was bought by another branch of the Lynch family, Galway merchants Patrick and James Lynch. 5

Exactly when the Lynch family first came to Lydican and what specific links they had with the other Galway Lynch families is unclear. The Argentinian lawyer and family historian Santiago Lynch has said the family descends from Normans who came to Britain with William the Conqueror. 6

The Lynches were one of the 14  Tribes of Galway, the merchant families, mostly Norman, who dominated the economic, political and social life of the city from the 13th to the 16th century.  They held power and supported each other through intermarriage.  Lynches of Lydican married Blakes, Brownes, Kirwans, and Athys.

On various deeds related to the family are the names of other families of the 14 Tribes such as Bodkin and French. The Lynch surname itself has two origins, Norman and Gaelic.  Given their social position in Galway, it’s most likely that the Lynches of Lydican were descended from the Norman de Lench. But the surname also derives from the Gaelic Ó Loingsigh, representing several small and separate septs, in diverse locations from Antrim to Cork.7 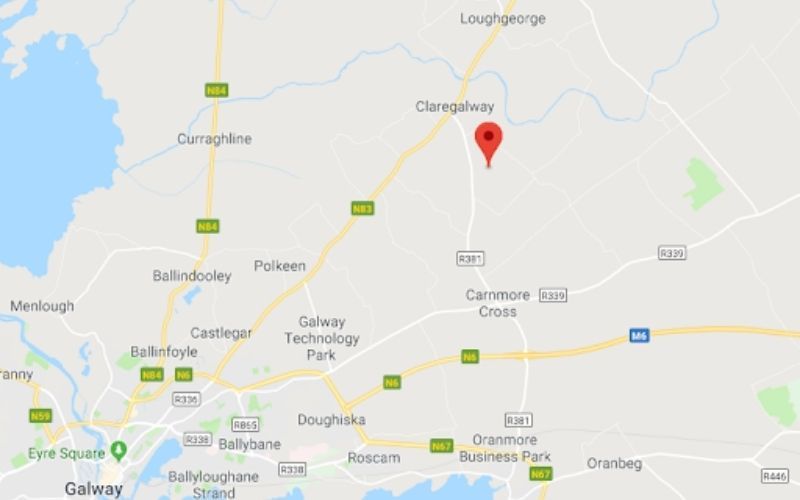 Through the centuries younger sons of these prosperous Galway merchant families branched off, establishing many separate lines. 8 It’s likely that  Lynches were in Lydican from the mid-16th century, and possibly before.  The pedigree prepared by the Chief Herald begins in the 17th century with William Lynch and Catherine Blake.  An Argentinian website cites two earlier generations before William, headed by Michael Lynch and Mary Browne, and Stephen Lynch and Jane Blake. 9

A separate pedigree prepared by the Chief Herald’s Office in Ireland, details the lineage of Captain Issidore Lynch of Lynch Grove, Co Galway. It stretches from 1430 to 1784, when the Captain was based in Paris. Three of his ancestors were Lynches of Lydican – Thomas Lynch lived around 1530, his son was Stephen Lynch, and another Thomas Lynch lived at Lydican around 1660.  Through more than three centuries, the Lynches in this pedigree became established in a variety of locations in County Galway. 10

In terms of hard evidence, a deed between William Lynch and Brabazon Ponsonby, establishes William and Patrick Lynch (likely father and grandfather to the Patrick born in 1715) as resident at Lydican in 1711. 11

The Chief Herald’s notes on the family reference a 1683 deed that indicates some dispute over Patrick Lynch’s claim on the property.  Other early deeds show the family consolidating the estate; in 1720 Patrick Lynch paid £113 for 27 acres including the ‘Castle, Town and lands of Lydiakin’ for himself and his heirs ‘forever’.12 But a few years later, the estate was heavily in debt to Denis and Peter Daly of Galway and by 1730 about 1000 acres was mortgaged to Edward Eyre also of Galway. 13

The Lydican estate ended up in the courts and was eventually bought, in 1802, by the unrelated Galway merchants Patrick and Thomas Lynch, for £13,300. 14 While the emigrant Patrick Lynch was building a new and prosperous life for himself in Buenos Aires,  his family at home was struggling.  William, who died in 1758 15, had two sons, Walter and another Patrick.  It was a case in the Court of Chancery involving Walter as defendant and his Redington cousins as plaintiffs that led to the court ordered sale of the Lydican property.  The Redington link was through a sister, Margaret Lynch, who married  Thomas Redington in 1729. 16

This family accumulated considerable property in County Galway in the 18th century. In the 19th century Margaret Lynch’s great granddaughter, Eleanor Redington was the last family heir, and much of the estate became associated with her husband Stephen Roche. In the 1870s the Redington Roches owned about 4,500 acres in Galway, Limerick and Mayo.17 As to Lydican Castle itself, in 1922 it was owned by a James Greated.  On the night of 28 October, he and his wife, mother and a maid were taken from the house and held in a stable by armed men who set fire to the house. 18 Newspaper reports blamed ‘agrarian’ militants.  Today, only partial ruins remain. 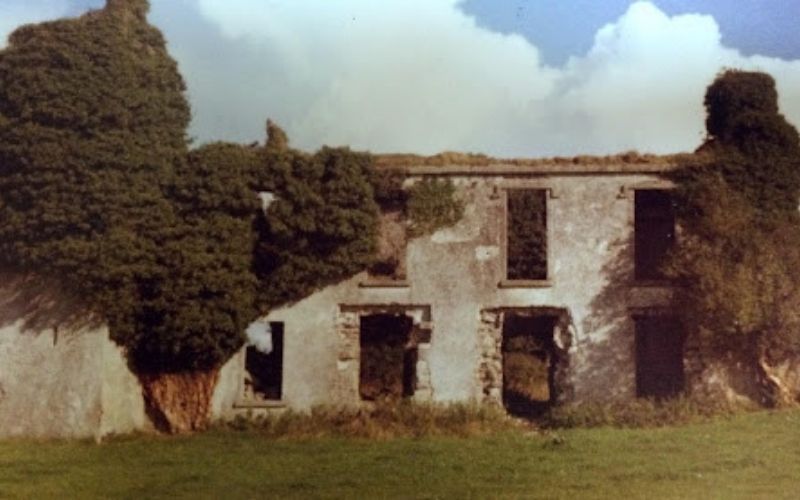 In Argentina, Patrick  Lynch of Galway married Maria Rosa Galayn in 1749. 20 They had about 9 children.  One of them was Justo Pastor Lynch de Galayn, born in 1755. (In the Spanish tradition a child has both parents’ surnames, although only the paternal names carries on to the following generation.)  Justo Pastor and his wife Maria de Roo were parents to several children including Patricio Julien José Lynch de Roo who was baptised 18 February 1789. Patricio married Maria Isabel Zavaleta and their son Francisco de Paula Eustaquio Lynch de Zavaleta was born in Buenos Aires in 1817. 21

These were prosperous times for the Lynch family who were by then merchants and landowners holding positions of authority in the emerging nation. But there was also uncertainty and upheaval.  For much of the first half of the 19 century, the dictator Juan Manuel de Rosas ruled with increasing tyranny; many who opposed him fled the country. Among them was Francisco de Paula Lynch.   He lived in Uraguay, Chile, Equador and finally made his way to California, where the gold rush economy was booming. 22 The 1852 California State Census shows F Lynch, a 35 year old native of Buenos Aires, working as a clerk in San Francisco. 23  In San Francisco he married Eloise Ortiz, a native of Chile.  Their daughter Ana Isabel Lynch de Ortiz was born in San Francisco about 1863. 24 She is the woman sometimes referred to as Ché Guevara’s Irish granny.

The dictator Rosas was ousted in 1852, but there was money to be made in California and Francisco became a prosperous businessman and merchant. 25  He returned to Buenas Aires in the 1870s with his wife and daughter.  There Ana Lynch was introduced to Roberto Guevara Castro, whose father had also lived for sometime in California.  They married and their son Ernesto Guevara de Lynch was Ché Guevara’s father.

In a recent biography, Ché’s  youngest brother described his grandmother Ana Lynch as a ‘high spirited fundamentally independent woman’. Ché, he said, adored her. ‘It was he who, when she fell ill, remained at her bedside until the end.’ 26

The Limerick journalist Arthur Quinlan used Ché’s Irish connection to secure a quick interview with him on an unexpected stopover at Shannon airport in March 1965.  As Quinlan later remembered it, Ché at first ignored him, pretending he didn’t speak English. ‘I went up to him and said anyone whose great grandfather on his mother’s side was a Lynch from Galway would speak Gaelic or English. He smiled and said, “Let’s take a walk outside”.’  27

The subsequent article was short and did not mention the Irish connection.  But Quinlan did remember it being discussed. ‘He said, if I recall, that his grandparents or great grandparents on his mother’s side had left Galway for Argentina.’ 28 The evidence suggests that Ché’s Irish connection – his great-great-great-great grandfather, Patrick Lynch from Galway – was a little more remote. Other counties have claimed him too.  Newspaper reports have mentioned both Clare and Cork but without convincing evidence.

Gaelic or English. He smiled and said, “Let’s take a walk outside”.’  The subsequent article was short and did not mention the Irish connection.  But Quinlan did remember it being discussed. ‘He said, if I recall, that his grandparents or great grandparents on his mother’s side had left Galway for Argentina.’ The evidence suggests that Ché’s Irish connection – his great-great-great-great grandfather, Patrick Lynch from Galway – was a little more remote. Other counties have claimed him too.  Newspaper reports have mentioned both Clare and Cork but without convincing evidence.” 29

There is no other record of Guevara’s visit to Ireland at this time, but over the years Fitzpatrick has remained certain. After Guevara’s death Jim Fitzpatrick created his iconic poster from a photograph taken by the Cuban photographer Alberto Korda. Controversially, An Post issued a stamp to mark the 50th anniversary of Ché Guevara’s death, featuring Jim Fitzpatrick’s artwork.  Critics of Guevara were outraged but An Post defended the decision citing Ché’s genealogical link to Ireland and the fact that this world famous image was created by an Irish artist.  The stamp sold out almost immediately. 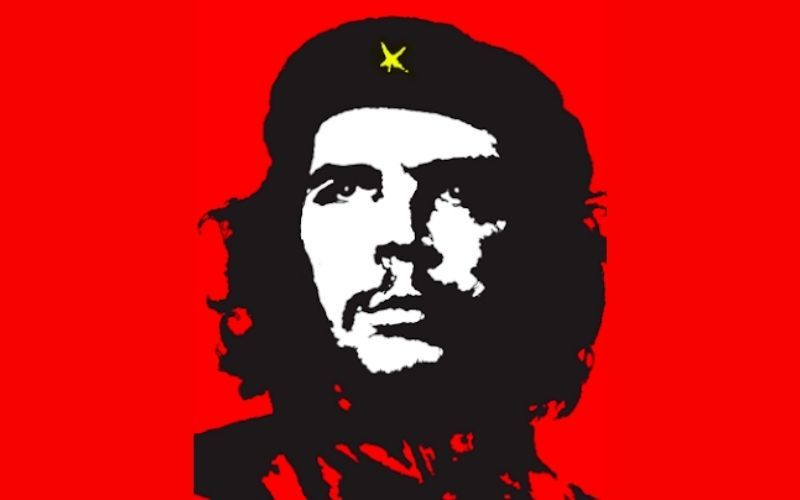 Of Ché Guevara’s children, the four who survive are loyal Cubans, supportive of the regime. His daughter from his marriage to Hilda Gadea Acosta from Peru in 1955, also named Hilda, died in 1995, aged 39.  Her son, Canek Sanchez Guevara, who died aged 41 in 2015, stands out from the rest of the family. He was a punk and heavy metal guitarist, graphic designer and writer.  He thought Fidel Castro had betrayed the cause his grandfather had fought for, telling a journalist in 1995 ‘the Revolution is in ruins’.  30

Ché divorced his first wife Hilda on 29 May 1959 and married fellow revolutionary Aleida March four days later. They had four children Aleida, Camio, Celia and Ernesto from 1959-1965.  Aleita, a pediatrician, has two daughters Estafania and Celia.  Her brothers Camio and Ernesto are lawyers and her sister Celia is a veterinarian.

In 2012, Ché Guevara’s widow Aleida March published a memoir Remembering Che, My Life with Che Guevara.  The final chapter in book described the repatriation of Ché Guevara’s remains to Cuba 30 years after he was killed in Bolivia. ‘So that is how our story ends,’ she writes, ‘but the story continues with our four children, the little trocitos that we made together and 10 grandchildren.’ 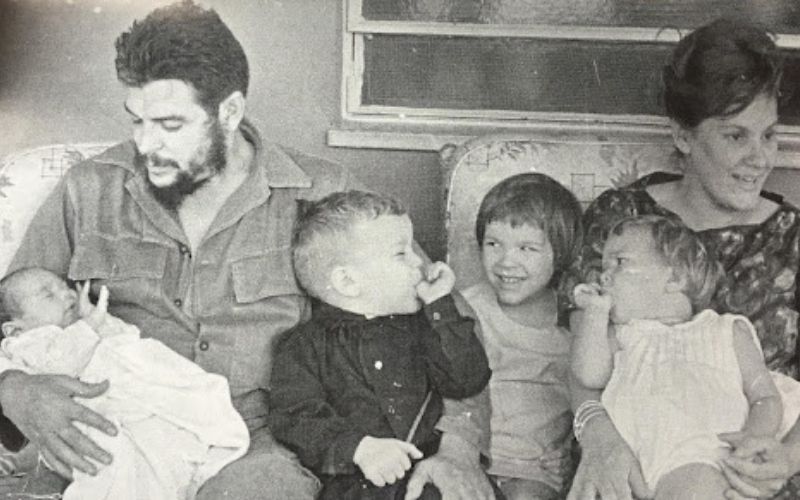 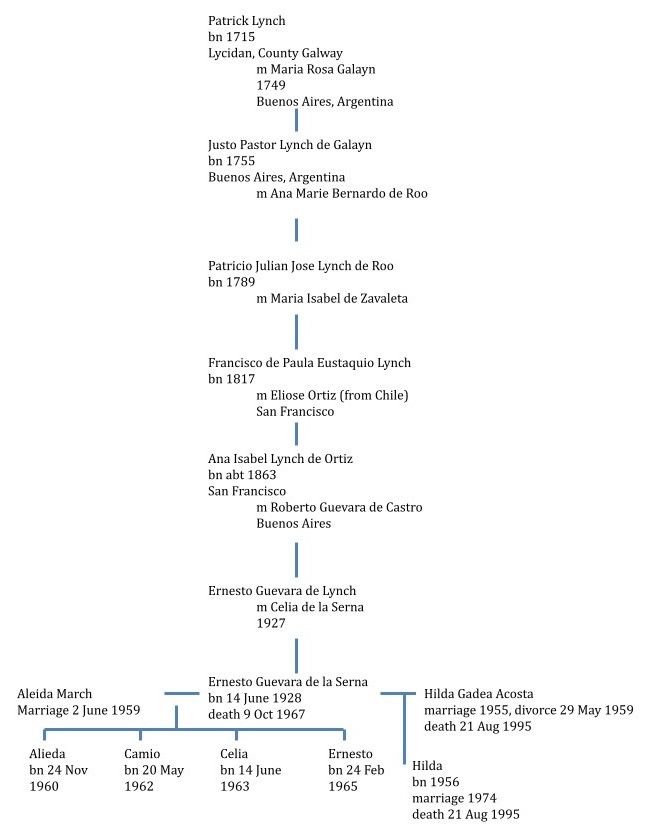 This article was researched and written by Patricia Brennan,  Patricia is a member of Ancestor Network’s research team and is a genealogist, journalist, and editor with more than 35 years of experience in Irish print and broadcast media.

She holds a Certificate in Genealogy and a MA in Anglo-Irish Studies from University College Dublin, as well as Dublin’s Lord Mayor’s Certificate in Local Studies. She is the co-author of This Great Little Nation, An A to Z of Irish Scandals, and has contributed chapters to two recent books on journalism, The Sunday Papers (2018) and Periodicals and Journalism Vol 2 (due to be published shortly).

2. Courtesy of the National Library of Ireland

8. Patrick Melvin, ‘The Galway Tribes as Landowners and Gentry’, in Galway: History and Society – Interdisciplinary Essays on the History of an Irish County, Gerard Moran, ed, Geography Publications, Dublin, 1996, page 321.

30. ‘The Grandson of Che Guevara who became an anti-Castro Dissident’, The Independent (London), 29 Jan 2015

31. Copyrighted by Ocean Press and taken from the book Remembering Che, My Life with Che Guevara by Aleida March 2012.