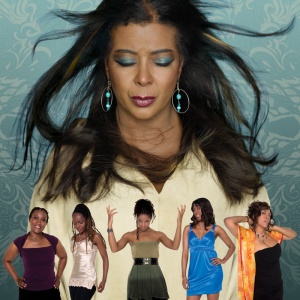 After receiving a WEPAwebTV video from Luis Chaluisan, featuring Irene Cara singing “Ola, ola, ola” at age 8, I wondered: “What ever happened to Irene Cara?” According to Eons, her career is alive and well.

Irene Cara (born March 18, 1962) is an American singer and actress. Cara won an Academy Award in 1984 in the category of Best Original Song for co-writing “Flashdance… What a Feeling.” She is also known for her recording of the song “Fame”, and she also starred in the 1980 film Fame.

Cara’s father, Gaspar Cara, was Puerto Rican and Cara’s mother, Louise, was an American of Cuban descent. Cara has two sisters and two brothers. At age three, Irene Cara was one of five finalists for the ‘Little Miss America’ pageant. At age five, Cara began to play the piano “by ear.” Soon thereafter, she began seriously studying music, acting, and dance. Cara’s performing career started when she was a child on Spanish-language television, professionally singing and dancing. She made early TV appearances on the Original Amateur Hour (singing in Spanish) and Johnny Carson’s The Tonight Show. She was a regular on PBS’s educational program The Electric Company, which starred Bill Cosby, Rita Moreno, and Morgan Freeman. As a child, Cara recorded a Latin-market Spanish-language record; an English Christmas album soon followed. She also appeared in a major concert tribute to Duke Ellington (with Stevie Wonder, Sammy Davis Jr. and Roberta Flack).

In 1983, Cara reached the peak of her music career with the title song for the movie Flashdance: “Flashdance…What a Feeling,” which she co-wrote with Giorgio Moroder and Keith Forsey. Cara penned the lyrics to the song with Keith Forsey while riding in a car in New York heading to the studio to record it; Moroder composed the music.

Cara admitted later that she was initially reluctant to work with Giorgio Moroder because she had no wish to invite further comparisons with Moroder’s most famous client, Donna Summer, but it paid off, as the result was a record that topped the charts around the world and garnered numerous accolades for Cara. She won: the 1983 Academy Award for Best Song (Oscar); 1984 Grammy Award for Best Female Pop Vocal Performance, 1984 Golden Globe Award for Best Original Song, Top Female Vocalist – Pop Singles; Black Contemporary Female Vocalist – Pop Singles; Top Pop Crossover Artist – Black Contemporary Singles; Pop Single of the Year; American Music Awards for Best R&B Female Artist and Best Pop Single of the Year.

“Flashdance…” was re-recorded by Cara twice. The first time was in 1995 as a track in the original soundtrack for the movie The Full Monty; the second time was in 2002, as a duet she recorded with successful Swiss artist DJ BoBo.

Cara toured Europe and Asia throughout the 1990s, scoring several modest dance hits on European charts, but no US chart hits. Cara received two prestigious honors for her career in March 2004, with her induction into the Ciboney Cafe’s Hall of Fame and a Lifetime Achievement Award presented at the sixth annual Prestige Awards.

Cara lives in Florida and works with her band Hot Caramel.

15 thoughts on “What Ever Happened to Irene Cara?”