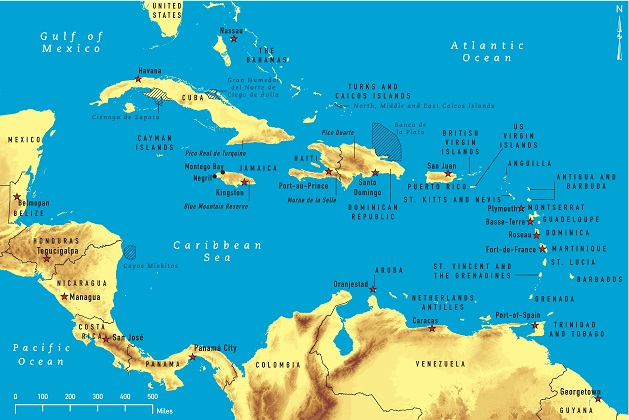 “This year’s follow-up encounter marks another major milestone in our efforts to strengthen leadership capacity in the process of self-determination and sustainability for our people in the Caribbean Basin,” said J.A. George Irish, Professor of Caribbean & Latin American Studies and Dean of Liberal Arts & Education and Executive Director of the Caribbean Research Center (CRC) at Medgar Evers College. “CRC, Southern Diaspora Research and Development Center (SDRDC) and UNIPOP are committed to advancing the academic and development interest of our communities in the region of the Diaspora.

The program spans just over 15 years of development work by UNIPOP, CRC and their international partners among communities of people of African and Indigenous descent throughout the entire Caribbean Basin, including Central America, as well as a number of states of  CARICOM, Haiti, and their respective Diaspora communities in the United States.

“Ten years ago we started a concept called a New Paradigm of Eradication of Poverty based on the concept that the oppressor will never finance your freedom,” said Dr. Waldaba Stewart, UNIPOP’s Vice Chancellor.   “This has led to, as Bob Marley said, the liberation of the minds of thousands of our people of African and Indigenous decent in Central America.  Two years ago, we had a first planning session in regard to this movement which led to our focus on Agriculture, Tourism, Art, Culture and the strengthening of an institute network for capacity building.”

“We accomplished our goals set two years ago and we are convening the second Encounter,” Dr. Stewart  continued, “this time between a delegation of 36 persons from Central America and 15 potential investor partners and supports in their Diasporas.” [. . .]

Reservations for all sessions can be made by contacting: caribbeanresearchcenter315@gmail.com.

Learn more about the Caribbean Basin Sustainable Development Encounter and view the event program at http://scbeacon.org.