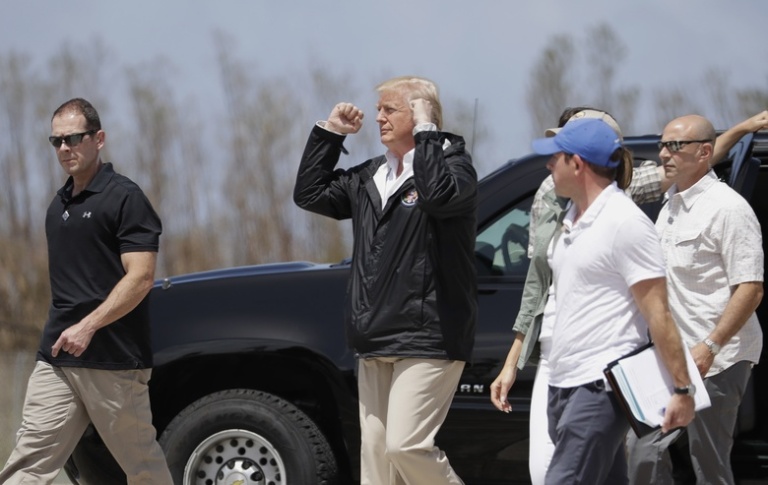 An Op-Ed piece by Raulston Nembhard for Jamaica’s Observer.

Let us be clear: America has been, and still remains, one of the most generous nations on the face of the Earth. Its ability to mobilise compassion in the face of global calamities is second to none and should never be underestimated. The world has never had to doubt what America would be willing to do when these events arise; their generous response was largely taken for granted.

In another era, the Caribbean region that has been devastated by hurricanes Irma and Maria could count unequivocally on the United States for help. But these are not normal times in the United States. The new president, Donald J Trump, has signalled that a new wind — some would say an ill wind — is blowing when it comes to what America will be willing to do in the world. From political platforms and other media, he has trumpeted — no pun intended — a doctrine of “America first” and, even at the United Nations in a recent speech, urged the world community to take care of their people first. Once “parson chrisen him pickney fus” then whatever crumbs are left the world can get.

This new doctrine has cast grave doubts on how America engages the world with its generosity. The country’s radical altruistic disposition has suffered immensely. According to Trump, America’s generosity would no longer be taken for granted. His “America first” philosophy is directly in line with his transactional disposition. America does not render help unless there is a corresponding benefit to be gained. And such benefit must be seen in practical terms.

By this philosophy Trump is not moved by any desire to build goodwill or to cement America’s good name in the world. It has nothing to do with American soft power. The benefits of “America first” must be tangible and measurable. Thus, North Atlantic Treaty Organization allies must not expect America to continue to bear the greater burden for world peace. Each country must now pay its fair share to the alliance. So also must members of the United Nations.

America’s military support around the world must be re-evaluated in terms of what America is willing to pay for without compensation. Help must be given with respect to what will come back to America, and what should come back is often seen in dollar terms.

There is no certainty that Trump grasps the import of this new reality. Insofar as he is willing to press this philosophy to its logical conclusion, people in the Caribbean region would be well advised not to expect much help from America in the wake of the hurricanes that have devastated countries in the region. There was no tangible evidence of any such commitment before the storms, and there certainly is none now in this the region’s greatest hour of need.

Apart from “America first”, America has its own problems at home. The country is still dealing with the impact of storms on Houston, Florida, and its territories abroad, especially Puerto Rico. The country can easily excuse itself if it should claim inability to help, but this does not comport with its boast and vaunted belief that America can walk between raindrops.

The truth is that, Trump aside, America has its own priorities at this time, and aid to the Caribbean region is not one of them. When you combine this with a presidential disposition of not being helpful, there is a real problem. It is difficult to escape the absurd incongruity between the president’s rabid desire to destroy Obamacare or to help rehabilitate the lives of its citizens in the face of natural disasters, and the Pentagon’s $700-billion budget which was recently announced. There is no sector that will receive more attention from Trump’s “America first” philosophy than the military. Apart from tax cuts there is no other matter about which he is more passionate.

Never mind that more temperate and sagacious Republican presidents such as Dwight Eisenhower warned of the menace of expanding the military industrial complex.

All of this does not deter a president who, despite not serving in the military, has a great deference for that institution. Neither does it deter one who has demonstrated repeatedly a lack of empathy for the real suffering of people, or whose party members in Congress can politicise human suffering by voting against aid for its citizens devastated by natural disasters. It certainly will not deter one who cannot see beyond the next deal and who can only reckon human tragedy in transactional terms.

Also, as a heavily indebted nation, America does not really have the resources to splurge. Economic growth in America is, at best, anaemic. There are signs that the ’empire of debt’ may soon meet its day of reckoning. The Caribbean people would be well advised not to depend too much this time around for robust American help. There will be token, cosmetic gestures, but do not expect much more than this. We are on our own, and the people of the Caribbean must come together and see what resources they can extend to ease the sufferings of people, especially in Dominica, which has been one of the hardest hit.