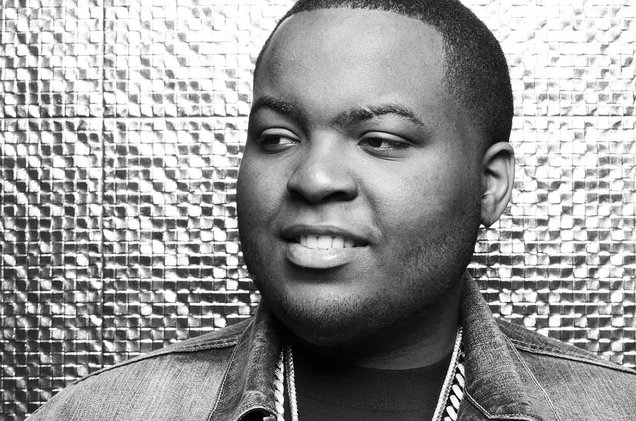 A report by Patricia Meschino for Billboard.

Sean Kingston celebrates his Caribbean roots on his forthcoming 10-track mixtape aptly titled Made in Jamaica, scheduled for release in the next few weeks on his Time Is Money Entertainment label. Now, Kingston is sharing an exclusive premiere of the first single “Chance” with Billboard.

“The reason we called it Made in Jamaicais because every song on the mixtape was either written or recorded in Jamaica; the songs’ concepts, melody structures, riddims, vibes, everything, is all about embracing the real culture of Jamaica,” Kingston tells Billboard on the phone from his Los Angeles home.

The mixtape includes productions by Murder Beatz, Retro, Xclass, Will I Dap and Jamaica’s Stephen McGregor and Dunwell Productions. Guest artists include actress/singer Zendaya and controversial Jamaican dancehall superstar Vybz Kartel, who is featured on Made in Jamaica’s first single “Chance,” produced by Murda Beatz and Frank Dukes.

Sean, who has been friends with Kartel since 2008 and visited him at Kingston General Penitentiary earlier this year (Kartel is currently serving a life sentence for murder), doesn’t know how Kartel recorded his vocals on “Chance.” “I don’t know if this was a recent verse that Kartel did in jail or an old verse, I don’t know when or how it was recorded. I got the vocals from his engineer [Mario Dunwell of Dunwell Productions],” Sean explains to Billboard. “I told Dunwell I wanted to do a new song with Kartel, we were bouncing ideas around for about a year, and he picked ‘Chance’; when I got it back, I was like, ‘Wow, this is dope, Kartel did his vocals to my beat.’ However it was done, it is pretty dope to get a verse from Kartel in his situation because I heard he wasn’t doing verses for anybody and he has turned a lot of big artists.”

The Caribbean-influenced, radio-friendly “Chance,” all about a guy asking his girl for another try at their relationship, marks a return to form for Kingston whose last radio record, 2013’s “Beat It” featuring Chris Brown and Wiz Khalifa, peaked at No. 17 on the Hot R&B/Hip-Hop Songs tally. “’Chance’ was the right song to lead off the mixtape with, because I am known for doing music that crosses island pop but also has an R&B flair,” Sean says. “A lot of people are doing that sound now, but I started out with it and that’s what set me apart from many artists.”

The video for “Chance” was shot in Jamaica, Sean’s third video filmed on the island, including “Letting Go (Dutty Love)” with Nikki Minaj, shot in Ocho Rios. “Chance” was filmed in the capital, Kingston, and in the suburb of Portmore known as Gaza — where Kartel was raised and rose to prominence. Despite the somewhat volatile connotations of Gaza, the “Chance” video depicts a lighthearted love story and a bubbling club scene, shining a spotlight on the synchronized dancehall moves of the 703/Team Kingston dance group. “I just wanted to keep the video fun and authentic and bring those street dance vibes,” comments Sean.

Jamaica’s open-air sound system sessions, or street dances — a distinctive component in Kingston’s vibrant nightlife — have been crucial to the promotion of every genre of the island’s music since the dawn of its recording industry in the late 1950s. “In Kingston, there are street dances every night, Uptown Monday, Boasy Tuesday, Weddy Weddy Wednesday, etc., and ‘Chance’ kicked off at those events with selectors like Boom Boom, Foota Hype, Stone Love playing the song and getting great responses,” offers Sean “Contractor” Edwards, CEO of Contractor’s Marketing who is handling marketing and promotions of the “Chance” single/video in Jamaica.

Kingston also plans to release a Made in Jamaica documentary in the coming weeks, which, he says, will present his authentic side and that of his island namesake. “Made in Jamaica shows my roots, my culture and what makes me different from other artists,” he says. “I feel like people think of Sean Kingston as being a pop star from Jamaica but they don’t really understand the essence of it. The Made In Jamaica projects will make that connection clear in people’s minds.”

Watch the video for “Chance” below.