One of the most famous political faces of pop culture today is the Argentine guerilla leader Che Guevara.

His inspirational life and left behind a host of influences in art, fashion and even religion. He would have been 85 this year, had he lived. We pay tribute to the man by bringing to you the 5 Che Guevara must watch movies.

The first movie about this military theorist was made in Hollywood immediately two years after he was executed in 1967. The actor who played Guevara in this biopic was Omar Sharif of the ‘Lawrence of Arabia’ fame. This movie covers his life from the time he stepped into Cuba in 1956 till his death in Bolivia. Directed by Richard Fleischer, this movie came under huge criticism for not having portrayed the Cuban revolution in a correct manner.

Without a doubt, the most famous and the must watch Che movie is ‘The Motorcycle Diaries’, where Mexican actor Gael Garcia Bernal plays Che in his twenties. The movie is based on Che’s own memoir of his days as a medical student when he went for a trip with his friend Alberto Granada in 1952 – discovering the harsh impoverished life of Latin America which plants the seed of the revolutionary spirit in him in his later years. The movie won a number of awards at various film festivals and awarding events. 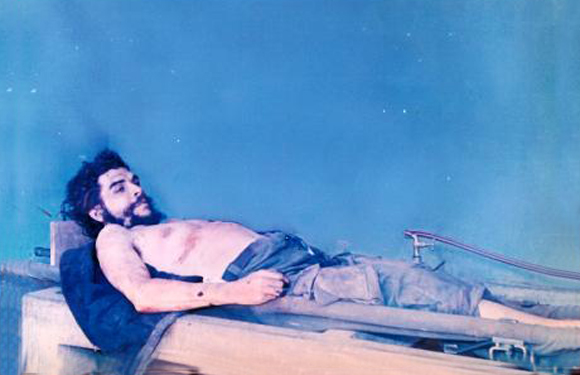 Che has captured the imagination of world cinema – and it is no surprise that two years later another movie was made on him. This time it was a Dutch documentary called ‘The Hands of Che Guevara’ – and unlike the other movies, this one does not deal with his life, but his death. Guevara’s hands were severed from his body after his death for identification purposes, and went missing after that. This documentary seeks to find their location to settle the question for once and for all.

Another documentary film, this one is Spanish directed by Argentine filmmaker Eduardo Montes-Bradley. This documentary sought to delve into the truth that was the life of Che rather than fictionalizing it. This was done by including archival shots of when Guevara’s last remains were airlifted from Bolivia to Cuba, and with testimonies of Guevara’s close associates. These include his close friend Alberto Granada as well as three surviving members of his personal guard. 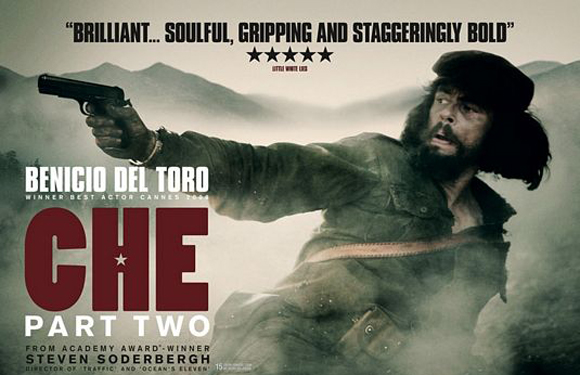 Directed by Steven Soderbergh of ‘Erin Brockovich’ fame, this movie starred Benicio del Toro as Che. This movie, made in two parts, won a number of awards and nominations and has been shot in a cinéma vérité style. While part one deals with the Cuban Revolution from the landing of Fidel Castro, part two is about Guevara’s attempt at a Bolivian revolution and his execution. This is no doubt the must watch movie that truly captures the essence of the state of flux that Latin American politics saw in the 50s and 60s.

This leader of the Cuban Revolution has left behind a legacy that still is the bone of contention for political theorists and academicians. Even for those who are not entirely familiar with his politics, he is still known for his countercultural symbol of rebellion.

One thought on “5 Movies on Che Guevara You Must Watch”