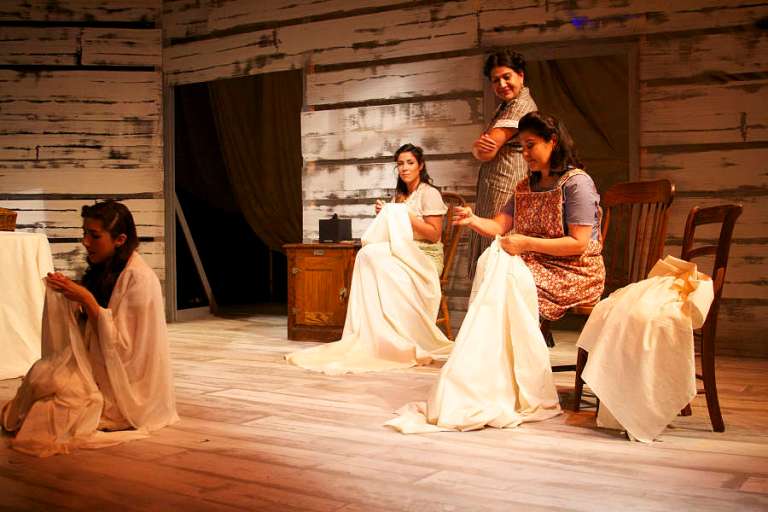 A report from The American Theater.

Latino Theater Company has announced its 2017 season at Los Angeles Theatre Center. The lineup will include three world premieres from local playwrights Jonathan Ceniceroz, John Pollono, and Diane Rodriguez, and the return of Encuentro, a festival and gathering of Latinx theatremakers.

“In 2017 we explore themes of identity and its relationship to history as we continue our commitment to creating opportunities for local playwrights, actors, and designers to work together on the stage,” said LTC artistic director José Luis Valenzuela in a statement.

The season will open with The Cruise by Jonathan Ceniceroz (March 9-April 9, 2017). It is a father/son drama set on an ocean liner in the Caribbean and will be directed by Heath Cullens.

Next will be Rules of Seconds by John Pollono (March 16-April 15, 2017). The play is set in 1855 Boston, when a young man is challenged to a duel by the most dangerous man in the city. It will star Amy Brenneman (“The Leftovers”), Jamie Harris (“Agents of the S.H.I.E.L.D.”) and Brian Letscher (“Scandal”), and will be directed by Jo Bonney. It is the the inaugural production of the Temblors, the Latino Theater Company’s new collective of L.A.-based playwrights.

The final world premiere will be The Sweetheart Deal by Diane Rodriguez (May 4-June 4, 2017). It will trace the history of the United Farm Workers movement, led by Cesar Chavez, from the point of view of two journalists. It will be produced in association with El Teatro Campesino.

Next October will be the 2017 Encuentro de las Americas (Oct. 29-Nov 19, 2017). It is a follow up to Encuentro 2014, the largest national Latinx theatre festival in more than 25 years. In 2017, 11 productions will run in rep at LATC, along with workshop presentations and the 2017 LTC International Convening (Nov. 9-12, 2017). The event will be produced in association with Latina/o Theatre Commons, in partnership with Howlround.

The year will end with a holiday tradition, the 15th annual production of La Virgen de Guadalupe, Dios Inantzin (Dec. 8-9, 2017). LTC resident playwright Evelina Fernández adapted mid-16th century text The Nican Mopohua, which is about Juan Diego, a peasant to whom the Virgin Mary appeared on four occasions in the mountains of Tepeyac near Mexico City in 1531. Opera singer Suzanna Guzman will star as the virgin and the show will feature more than 100 actors, singers, and indigenous Aztec dancers, as well as children and seniors from the community. The event will be mounted at the Cathedral of Our Lady of the Angels.

The Latino Theater Company has been producing Latinx theatre since 1985. Since 2006, it has operated out of the Los Angeles Theatre Center.