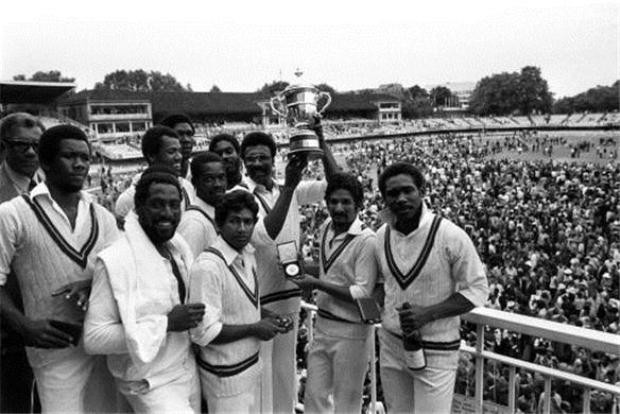 England comfortably won the first Test against the West Indies on Monday afternoon, a predictable outcome given the relative strengths of the respective teams. Or maybe that should be weaknesses in the case of the tourists—as Stewart May writes for The Caledonian Mercury.

Things ain’t what they used to be for the Windies. Ordinary, average, sub-standard. They have been for some while now, disappointing for me given that they have always been my team.

When it came to Caribbean cricket, I handsomely failed Norman Tebbit’s test. Not because I was anti-English. I was always anti-dull.

And during the 70s, and 80s, none were as colourful as the West Indies.

But it was the 1976 Test series in England that turned a liking into a love.

I recall all of it as if it were yesterday, for a great many reasons: I left school, started work, had several girlfriends who lasted more than a weekend, and the summer was endless.

And if at Wimbledon everyone else played tennis while Björn Borg played something else, it was the same on the Test venues of England.

The West Indies arrived with their collective tails between their legs, having been thrashed over the winter by Australia. Maybe it was that hammering that made England skipper Tony Greig so cocksure that he could “make them grovel”.

And for two Tests, England competed. At Trent Bridge, Richards plundered 232, but the home side showed some guts in holding out for a draw, David Steele’s 106 in the first innings earning him the same in pork chops – his sponsorship from a local butcher – and justifying his status as the reigning BBC Sports Personality of the Year (awarded for some backbone and a stiff upper lip against the Aussies the previous summer).

The Lord’s Test petered out as a draw as well, the five-rubber series effectively becoming a best-of-three.

For the first time the West Indies were at full strength, with the respective absentees from Trent Bridge and Lord’s – Michael Holding and Richards – giving Clive Lloyd a full arsenal of firepower with bat and ball.

But in the opening exchanges at Manchester, with Middlesex bowler Mike Selvey making his mark, England gave themselves every chance when limiting the visitors to 200-odd, a total which owed everything to centurion Gordon Greenidge.

Now was the chance for Greig’s “Dad’s Army” to show their worth. Instead, it was a cheap capitulation.

Openers Brian Close – selected way past his best – and John Edrich went cheaply. Then the returning Frank Hayes, on his own patch, failed as he fended off a lifter from Andy Roberts.

Roberts was quick, but had the great ability to bowl a “throat ball” (as Richie Benaud described it), meaning the batsmen invariably had to play it. Whether he was trying to remove your off stump or an ear, Roberts’ facial expression never changed.

Steele top-scored with just 20 (one more than Mr Extras), while Holding took five-for as England were skittled for just 71 – or one-under par as one commentator quipped, given that the Open was also on that weekend.

What was becoming evident in that long, hot, record-breaking summer was that as the pitches got harder, so the West Indies scored and bowled faster.

Greenidge was again to the fore, the first player ever to score hundreds in both innings of an Old Trafford Test, ably accompanied by Richards, the destructive master-blaster with 135.

Over the space of a three days England had gone from having the West Indies 26 for 4 on the first day to needing 552 to win on the Saturday evening.

What then followed was arguably the most hostile, brutal, inflammatory and potentially lethal spell of pace bowling seen since the days of Bodyline. It wasn’t cricket; this was what would become known as the “Coconut Shy”.

While Roberts and Wayne Daniel pinned down Edrich at one end, Holding lived up to his “Whispering Death” tag, peppering Close with short-pitched stuff, hitting him several times on the body. A couple of bouncers – speared at the unhelmeted, bald head – came close to decapitating the veteran all-rounder who had made his Test debut in 1949.

Close over-played his part of the gritty Yorkshireman, not willing to show he’d been hurt, until he was bent by a half-tracker which caught him under the ribs.

Holding was officially warned by umpire Bill Alley, but the damage had been done, and the doubt had set in.

Rain arrived momentarily on the Monday, but it was neither enough to end the drought or to stop the West Indies going one up.

The series was decided at Headingley. I was on our family holiday, trying to overcome a lost love (as you do aged 16) in Bridlington. There was a half-suggestion that we might spare our skins from further punishment and visit York or Leeds.

I naturally extolled the virtues of Leeds, for sights and superb shops. I might even be able to sneak to the Test match. In the end the vote was to stay on the beach …

England too must have wished they were on their holidays. The West Indies clattered 450 runs in a day, openers Roy Fredericks and Greenidge smashing 149 before lunch on day one, both making centuries (for Greenidge this made it three successive Test tons), although that was matched by Greig and wicket-keeper Alan Knott.

The returning Bob Willis – part of England’s strategy to fight pace with pace – grabbed five second-innings wickets to give England every chance of squaring the series with 260 needed in the fourth knock.

But the battery of Roberts, Holding, Daniel and Vanburn Holder again proved clinical, and the West Indies danced with delight when Willis was trapped leg-before by Holding’s full-toss to take the match and series.

So it was on to the Oval, for what was a dead rubber. But no one told the West Indies that. If there was any grovelling to be done, it was going to come from South African-born and raised Greig.

The square in south London looked like an oasis of green in a desert, the outfield parched and white through the water shortage. If England’s suffering wasn’t bad enough, given back-to-back losses, someone had decided to use the full playing surface.

Viv Richards took full advantage of that generosity and a flat track, visiting all parts as he made a majestic 291 and the West Indies posted 687 for 8.

But England had made changes, one being the inclusion of recalled Warwickshire opener Dennis Amiss (he and ’keeper Alan Knott were the only Englishmen not asked to bowl in the first innings), and in reply Amiss was another to make a double-hundred.

England fell short of the follow-on target, in large due to the tireless Holding. On a pitch offering nothing but runs, he relied on his pace to take eight wickets in the first innings.

After Fredericks and Greenidge crashed an unbroken 182 in just 32 overs, Holding set about his task again, taking six more English wickets second time around to end with a match-winning analysis of 14 for 149.

Half of Holding’s wickets in the series came in that one match, he and Roberts taking 28 apiece. If they were inseparable, then IVA Richards stood alone as a run-maker, 829 in just seven innings, two double-tons, a century and two 50s, all at an average of 118.42.

And the summer ended. Red Stripe had never been as popular in the UK, Richards would stay high-profile in England with Somerset, and Greig had been made to eat his words.

There was even a song penned, to the tune of Who’s Sorry Now?, with particular resonance in the line “Greig you’re a loser now”. Something that wouldn’t really worry the West Indies over the next decade and more.

We don’t get summers like that any more. Or West Indies teams.