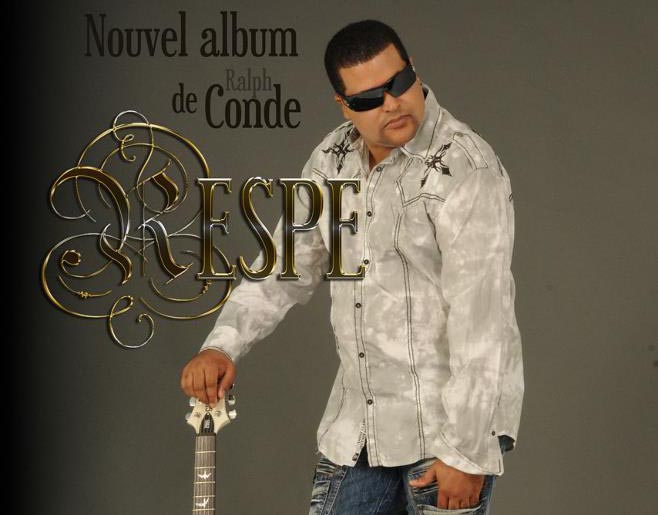 The soulful, crystalline guitar playing of Ralph Conde is rooted not only in jazz and blues but also in the culture of his Haitian background. Conde’s new album Respe is a dazzling travelogue, an exotic overview of Caribbean sounds as he pays homage to Haitian music icons. Those who wish to venture beyond the sterile confines of contemporary American jazz have much to savor here as Conde spices the record with an assortment of Latin and European styles.
Although relatively unknown stateside, Conde is a veteran musician, kicking off his musical career with the Haitian band Papash in the late ‘80s. Conde recorded three albums with Papash and relocated to New York City in 1991. He left the band a few years later. However, Conde’s creative evolution actually began even earlier than that. “When I was 6-years-old, I received my first guitar from my mother, and I fell in love with it instantly,” Conde recalled. “I knew at an early age that I would become a guitarist.” But before the young Conde could sharpen his craft, he needed to absorb the work of other artists, and he immediately found that inspiration from both local and international flavors. “As a child growing up in Haiti, I was exposed to the local sounds of kompa, troubadour, rara, and merengue,” Conde explained. “I admired artists like Robert Martino and Dadou Pasquet. Also, I had the opportunity to travel to other parts of the world where other artists such as Jimi Hendrix, Eric Clapton, Georges Benson, Earl Klug, and Steve Vai influenced me. I would say these guys had the most impact on my creative process.”
Startlingly, Conde’s deft command of the guitar was not the result of schooling as it was the product of regularly tuning in to his favorite acts, studying their techniques and compositions and practicing with them on his own. “When I was young, I took private lessons for a couple of years,” Conde revealed. “But I mostly learned by listening to other artists and through some research I developed my own sound and style.”

For the original report go to http://www.jazzcorner.com/news/display.php?news=2879