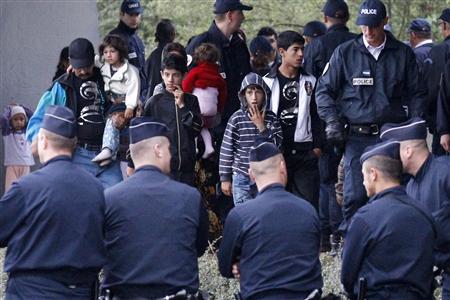 France reacted to comments by the former Cuban leader, Fidel Castro, about its treatment of Roma migrants, saying that his assessment is unacceptable. Castro accused Paris of carrying out “a racial holocaust” over its expulsion of members of the Roma community. Last month the French authorities sent back hundreds of people to Romania and Bulgaria, provoking criticism throughout Europe.

According to various reports, Castro pronounced that strong protests in France were essential to counter the expulsions, “especially when at the same time millionaires are limiting the rights to retirement and reducing employment opportunities,” referring to recent plans to raise the retirement age in France from 60 to 62.

“The last thing one would expect is the news of the expulsion of French gypsies, who are victims of the cruelty of the extreme rightwing in France,” adding that 7,000 migrants are “victims of another kind of racial holocaust.”

However, Castro does not stand alone in these denunciations. Among many European (and indeed, global) voices, Svetoslav Terziev (Sega), for example, has called Sarkozy’s decision “the largest official deportation in Europe since the Second World War” and criticized the decision “to invest in modern concentration camps in Bulgaria and Rumania.” Others have protested the comparison of this deportation process to the Shoah (during which the Roma were persecuted by the Nazis, who deemed them to be “racially inferior.”)

José Manuel Barroso, president of the European commission, also offered veiled criticism. Although he did not mention France explicitly, he told the European parliament in Strasbourg that the rights of the EU’s biggest ethnic minority – the 12 million-strong Roma community – had to be protected and warned European leaders to steer clear of the racism and discrimination of the past.