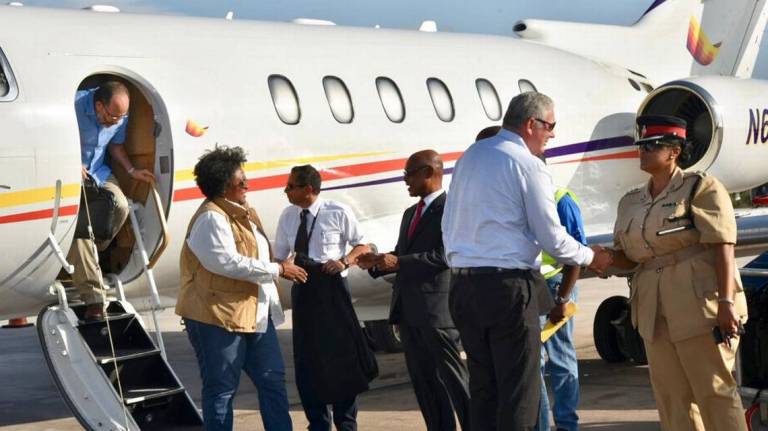 A report by Jacqueline Charles for The Miami Herald.

Several Caribbean leaders arrived on Thurday in Nassau, where they are hoping to get a first-hand look at the devastation brought by Hurricane Dorian, the most powerful storm to hit the Bahamian islands.

Bahamas Prime Minister Hubert Minnis confirmed that at least 20 people have died, but said he expects the number to rise. On the island of Great Abaco, individuals have reported that the air is filled with the stench of dead bodies.

The Bahamas is a member of Caricom, and CDEMA has had disaster and relief workers, including from nearby Turks and Caicos, in the country since before Dorian’s arrival.

Minnis, who has been fielding calls from Caribbean and other world leaders since the disaster, said Wednesday “many Caribbean leaders have told me that they remember well that the Bahamas was with them in their hour of need.”

“This includes in Dominica in 2017 after the devastation of Hurricane Irma, also was hit by Hurricane Maria,” he said.

In announcing Thursday’s visit, Minnis said he would discuss with Caricom leaders what support they may be able to offer toward the Bahamas’ relief and recovery efforts.

Already, Jamaica had offered 150 of its defense force officers. They will be deployed to both Abaco and Grand Bahama, “shared among both to ensure both safety and security,” Minnis said.

The British Royal Navy is also present in the former British colony, providing aid to residents in Abaco where the capital, Marsh Harbour, endured the brunt of Dorian’s Category 5 winds and life-threatening storm surge.

The Caricom leaders are expected to do a flyover of the Abacos and Grand Bahama this afternoon. Minnis has flown over both areas in U.S. Coast Guard helicopters in recent days.