Worth over US$117 billion, the cruise industry is one of the fastest-growing leisure markets in the world.During the winter months, the Caribbean is home to over half of the global cruise fleet. However, the wealth generated by these floating cities are not always equally distributed across the various ports of call. The industry has been accused of using its size to bully local governments into negotiating more cruise-friendly contracts that constrain the local economy. With cruise companies expanding their operations in the region, Caribbean nations have identified an opportunity to work together in securing fair cruise contracts.

Cruise operators take advantage of the competition to play Caribbean nations against each other in order to secure more favorable rates for themselves. As a result, these countries are losing out on a wide range of economic benefits and potential growth from cruise revenues. “Currently, when individual countries try to increase port taxes they are threatened with being dropped from cruise itineraries and can be picked off one by one by the powerful cruise lines,” explains Robert MacLellan, a former vice-president of an explorer cruise line and currently a managing director of a Caribbean-based hospitality consultancy.

MacLellan points out that nations or states that are the subjects of single-destination cruise itineraries have enjoyed more bargaining power than multi-country stopover cruises that are common in the Caribbean. The result? Single-destination cruises to Hawaii, Alaska, and Bermuda have negotiated higher port revenues than nations reliant on multi-stopover itineraries. Many suggest that the Caribbean is being exploited by predatory business tactics. One possible solution, however, is collaboration in the form of a cartel to secure better terms for all nations within the region.

Robert MacLellan is proposing the Caribbean creates the Organization of Tourism Economy Countries (OTEC) inspired by the Organization of Petroleum Exporting Countries (OPEC), to form a cartel to take on the cruise industry. OPEC was created by nations reliant on petroleum exports to shift the balance of power in negotiations away from wealthy Western countries; by banding together and determining the price of oil that benefited their economies the most, OPEC nations were able to set their own terms and take advantage of global demand. That being said, the organization has also had its fair share of issues. From in-fighting about differing international policies to disagreements over rate cuts, OPEC has proven to be a double-edged sword.

The issues caused by cruise lines were recently highlighted  by Hasan Minhaj in his popular Netflix show ‘Patriot Act’.

However, OTEC may have an advantage over its petroleum counterpart. Instead of bringing together diverse governments from across the globe, it would unite nations within the same region sharing similar cultural backgrounds and history. The Caribbean has been a leading tourism destination that has benefited cruise operators for decades, but tough negotiations have limited the economic growth of the nations they visit.

A governing body such as OTEC could help to ensure that countries can no longer be played against each other to their detriment, and increase the economic input of Caribbean nations, as MacLellan illustrates: “Imagine the economic benefit if these cruise tax rates could be increased and standardized across the region at the higher levels listed. One directly relevant and current challenge could be addressed – the current sky-high airport and air ticket taxes in the region could be reduced to help increase the volume of stay-over visitors in the Caribbean.”

Some Caribbean nations such as the Bahamas have seen an increase in cruise-related revenue through policy changes and simultaneous investments in their ports and leisure experiences. However, while development and investment in the cruise industry may help spark the economy and reduce inequality in the region, it could also exacerbate environmental issues. 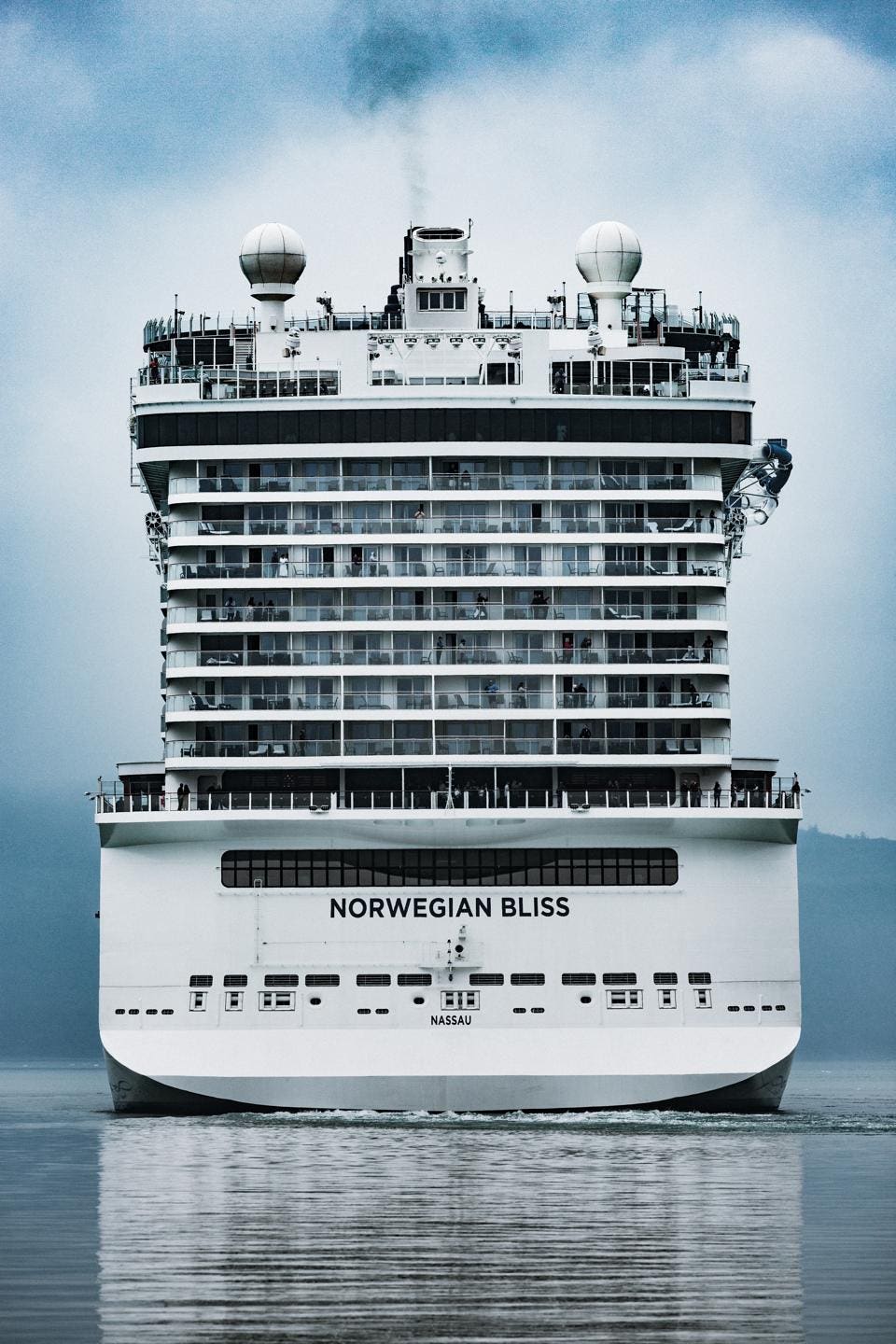 The Norwegian Bliss cruise ship passes through John Hopkins Inlet in Glacier Bay, Alaska. Fears over melting glaciers are fueling a tourism boom in Alaska, with rising summer temperatures in recent years contributing to the rapid decline of a number of storied glaciers.

Cruise ships have been shown to pollute at similar if not higher levels than major hubs. Operators have breachedair quality safety standards and have been known to actively use dirty fuel that creates dangerous levels of pollution. In the Caribbean, major cruise lines have been repeatedly fined for discharging pollutants and sewage into the ocean, with some nations turning a blind eye to keep cruise-related investments. Cruise ships are not environmentally-friendly, but the creation of OTEC also provides the region with an opportunity to create stricter environmental standards that can be enforced throughout the Caribbean.

With an increasing amount of tourists and cruise operators visiting the region, OTEC could give Caribbean nations a chance to shift the balance of power away from the big tourism multinationals. Additionally, it could help to transform one of the world’s most polluting leisure sectors into a more environmentally friendly one.

While the region’s nations have yet to come together to go against the cruise industry’s predatory behavior, the opportunity could arise the creation of a new partnership which promotes sustainable economic development. With a growing amount of people keen on living more sustainable lives and a corresponding shift towards ecotourism, the cruise industry will soon be due for a overhaul – and the Caribbean may be the best place to start.