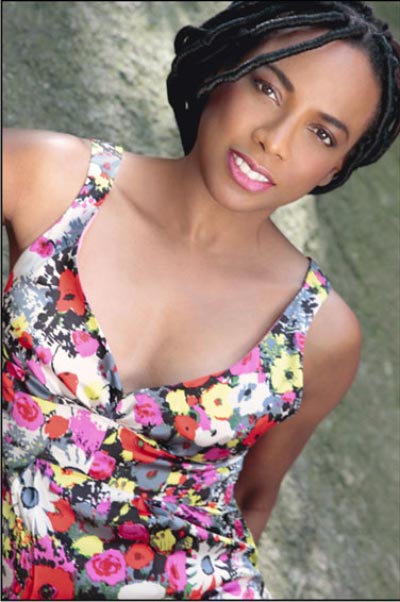 A rare and unforgettable view into the struggles and conflicts of immigrant families – as seen from the perspective  of a child – comes to Merseles Studios when Jersey City Theater Center (JCTC) presents the award-winning show, Demerara Gold,written by and featuring Ingrid Griffith. Performances take place at 8:00pm on Friday, February 16 and Saturday, February 17. Tickets are $20 ($15 for students and senior citizens).

Based on Griffith’s life story as a Caribbean- American, Demerara Gold is a story of a  seven year old girl, who after her parents suddenly get visas to the U.S.A, is left to live with her two grandmothers in Caribbean Guyana. When she finally arrives in America to reunite with her parents, Ingrid finds a father railing at “this blasted life” as he lashes out on his family, a mother wrestling with her disappointments and a life burdened by a family secret. Demerara Goldtells a sweeping tale that is both farcical and tragic, shedding a bright light on immigration, the personal cost of assimilation and the  trauma of domestic abuse.

A tour-de-force performance, Griffith personifies multiple characters taking audiences on a multigenerational journey into an immigrant community too often overlooked by mainstream theatre. JCTC presents thematic series were a topic global in scope yet relevant to the community is explored through multiple art-forms, including theatre, music, and visual arts – Demerara Gold is part of JCTC’s current series: Truth.

“Ingrid’s play is about someone who talks truthfully about her origins, specifically about how someone coming from the Caribbean feels adjusting to our society,” said Olga Levina, Artistic Director, JCTC. “Jersey City is one of the most diverse cities in the country, we’re a city of immigrants. It’s important we learn the stories of different immigrant groups, and how it truly feels to be an outsider.”

Demerara Gold premiered in July 2014 at the Midtown International Theater Festival in New York City, winning a  Best Solo-Show Performer nomination. That same year, Griffith won an award from the Guyana Cultural Association of NY for “Heritage Journalism”. The show has been performed more  than 75  times in throughout the U.S., U.K, and Caribbean, including the Los Angeles Women’s Theatre Festival.

New York Daily News: “Moving with lightning speed through 18 characters — most of whom have recurring roles in the play — [Griffith] keeps her audiences enthralled and engaged, and laughing at her knowing jokes about the foibles of her Guyanese community,”

“Jersey City Theater Center is the perfect venue for Demerara Gold  because of the immigrant-rich, diverse community it serves,” said Griffith. “ Demerara Gold is every immigrant’s story.  The solo-show genre, one woman on a bare stage telling her story, is enticing to an audience and can empower audience members to see the narrative of their lives with fresh eyes.”

Funding for Jersey City Theater Center is made possible by generous support from the Hudson County Office of Cultural & Heritage Affairs/Tourism Development, Thomas A. DeGise, Hudson County Executive and the Hudson County Board of Chosen Freeholders and the New Jersey State Council on the Arts.

Funding is also made possible through the generosity of Ben LoPiccolo Development Group, JCTC’s Board of Directors, private donors and local Jersey City businesses.

Jersey City Theater Center, Inc. (JCTC) presents programming at Merseles Studios and White Eagle Hall. JCTC is a nonprofit, 501c3 arts organization committed to inspiring conversations about the important topics of our times through innovative and progressive performing and visual arts that celebrates diversity, bringing communities closer together and enhancing the quality of life.