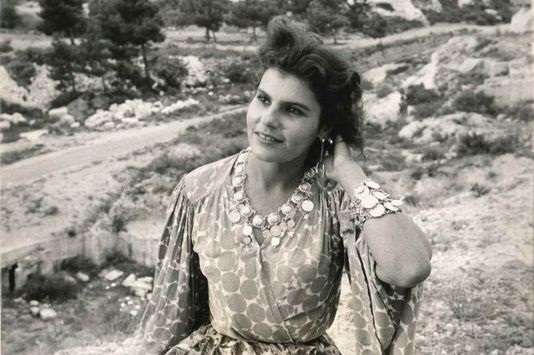 Film editor Marie-Josèphe Yoyotte (1929-2017) passed away on July 18; she was buried at the Père Lachaise Cemetery in Paris. Euzhan Palcy reminds readers that she was the first black film editor to work in French cinema—starting her career in 1957! Mathilde Dumazet (Le Monde) writes that this award-winning [three-time winner of a César] film editor who worked with the greatest filmmakers, from Jean Rouch (Moi, un noir) to François Truffaut (400 Coups), “was trying to invent new forms of narration.” With a father from Martinique and a mother from Brittany, Yoyotte discovered Martinique as an adult. Here are excerpts [my translation] from Dumazet’s « Mort de la monteuse de cinéma Marie-Josèphe Yoyotte » :

“She had an innate sense of rhythm,” recalls Euzhan Palcy, who entrusted to her the films Rue Cases Nègres and Siméon [for editing]. “We had a code: when a scene had to be cut, she knew that I needed a day or two to accept it.” The editor rarely attended the shoot, in order to have fewer scruples in cutting a scene that had been difficult or time-consuming to film. For Rue Cases Nègres, nevertheless, she agreed to go on location to the country of her ancestors, Martinique. “Before touching my film, you have to go back to the home country,” the Martinican director told her, surprised to learn that she had never set foot there. [. . .]

The son of a widowed teacher, Marie-Josèphe Yoyotte’s father left Martinique at a very early age; he had been faced with the racism of the settlers towards the local population; hence, he would never take his children there. The young editor, however, claimed her origins and did not hesitate to tell her family’s story to her cousin, Adeline Husson-Yoyotte, who she trained in editing. Born in Lyon in 1929, shortly before the family moved to Paris, Marie-Josèphe Yoyotte was reborn in Martinique, where she often returned.

“I remember her fifth arrondissement Parisian side more than her skin color, she was of mixed-race [métisse]; her mother was Breton,” laughs the composer Bruno Coulais. But she remains “the first black editor of French cinema” and Euzhan Palcy, also Martinican, claims: “It was an event for me to meet her. She worked with the greatest of the great, she was black … and she was a woman.”

Women were not uncommon at the editing station, since manipulating the tapes required gentle fingers. With the advent of digital technology, the profession has become masculine, but beyond that, it has become individualized. With the death of Marie-Josèphe Yoyotte, we also turn a page in the history of editing. [. . .]

One thought on “Death of film editor Marie-Josèphe Yoyotte”