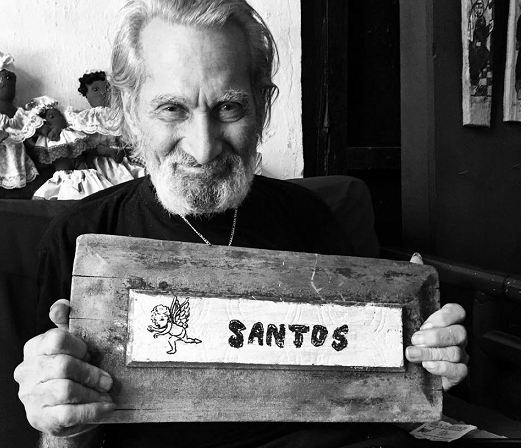 Without art there is no culture, and without culture, there is no city. That is why during the Festival of San Sebastian Street in the capital city, Puerto Rican artist John Meléndez Rivera will be recognized.

Meléndez, who was a resident of Old San Juan and had a studio (always with open doors) located at Luna Street, focused on arts and crafts. He was known for recreating the picturesque houses typical of the [old city] and carving religious figures out of wood that he found on his walks.

One of his famous pieces was the black Nativity scene he presented in Loíza. However, many categorize him as a painter, for his work on wood depicting everyday reality in Old San Juan and representations of various saints.

The artist, who once served as public relations manager for [San Juan] mayor Felisa Rincón de Gautier became one of the artisans who marked the history of Puerto Rico and, over time, became one of the most beloved characters in the walled city.

The artist’s nephew, Miguel Luciano, told NotiCel, “I am excited and moved that they are honoring and recognizing John Meléndez during the Festival of San Sebastian this year,” adding that “the greatest honor that he (Meléndez) can receive is to be recognized by local artists in Old San Juan, along with friends, colleagues, and the people he loved the most.”

Luciano, an artist in his own right, said, “John was part of the culture and history of Old San Juan for 83 years as an artist, artisan and as an official person of the city. His wooden houses told the story of the town and his saints represented our devotion and promises.” [. . .]

The recognition of his life and work will take place on Friday, January 15. To remember his work, a parade of cabezudos, led by Mayor Carmen Yulín Cruz, will depart at 5:00pm from the Plaza de Armas (Square). This troupe will feature three new characters: painter Rafael Tufiño, local lily vendor Saúl Dávila, and artisan John Meléndez Rivera. [. . .]