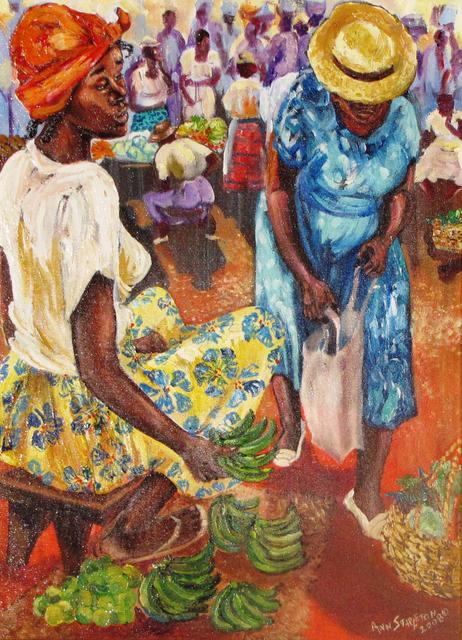 In Port-of-Spain, Trinidad and Tobago, artwork on the perimeter wall of Queen’s Park Oval was slashed and damaged extensively. One of these was Ann Stapleton’s “Road Side Market.” According to the Guardian, this is the worst damage done to the People’s Canvas art project since it began in 2008.

In an interview with the T&T Guardian, [Richard] Mowser said 12 of the 14 paintings on the Tragarete Road wall of the Oval had been slashed in what he described as an act of “pure vandalism.” The prints are reproductions of the work of local artists and photographers. He said none on the other walls, including the cricket pictures on Elizabeth Street, had been damaged.

“We have instances where we have needed to replace paintings before, but not to this extent,” Mowser said. He said QPCC was looking at different ways to protect the artwork in the future. “The paintings are cloth over a frame and we are looking at either mounting them over something sturdier or putting something in front of them to protect them,” Mowser said. He said, “It looked like somebody just walked past with a knife and out of bad mind, cut them.” Mowser said the plan was to have the pictures replaced.