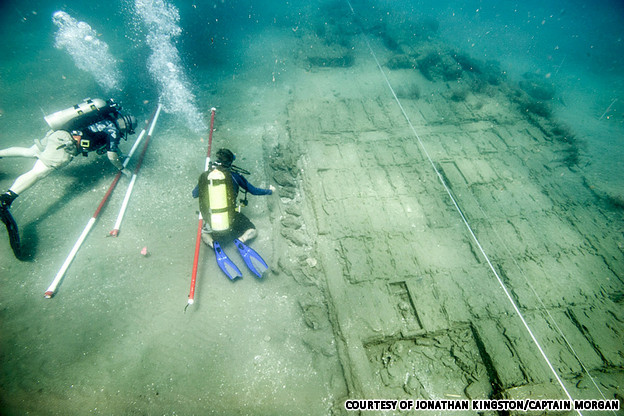 An original Pirate of the Caribbean’s loot from the 17th century has been recovered from the ocean and will go on show, Anthea Gerrie reports for CNNGO.com. Follow the link below for more photos and a video.

The belongings of a real-life Pirate of the Caribbean have been discovered off the coast of Panama and are set to go on show for travelers keen to see how 17th-century buccaneers lived.

The pirate was Captain Henry Morgan, of rum bottle fame, a Welshman who looted throughout the Spanish Main in the 17th century before losing five ships in the West Indies.

Fritz Hanselmann, an underwater archaeologist with the River Systems Institute and the Center for Archaeological Studies at Texas State University, found swords, barrels and chests belonging to one of Morgan’s ships after a three-year search.

“Morgan was one of the most infamous privateers of all time, so this was a chance to use archaeological research to bridge the gap between science and pop culture,” Hanselmann says. 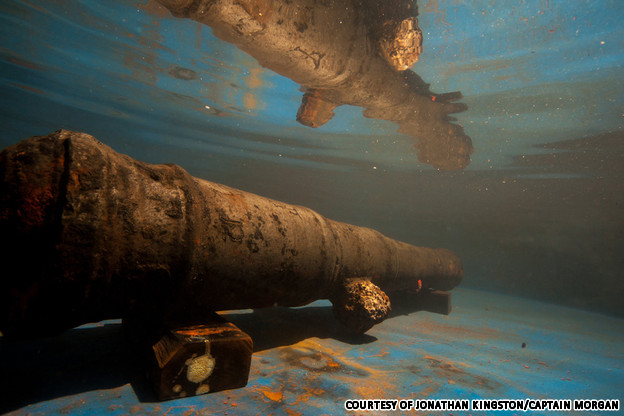 The recovery follows the discovery of six of Morgan’s cannons off the Panamanian coast in 2010.

In 1670 Captain Henry Morgan amassed the largest fleet ever seen in the Caribbean and set his sights on Panama City, then the richest city in the Western hemisphere.

En route, his flagship, Satisfaction, and four other ships ran aground on the Lajas Reef at the base of Fort San Lorenzo, guarding the mouth of the Chagres River, the sole waterway leading to Panama City.

Despite the setback, Morgan and his men secured the fort, sailed up the Chagres and ultimately took Panama City by hacking their way through dense rainforest.

Now the captain will live again in 21st-century Panama.

A sword, chests and barrels attributed to Morgan will go on show at the Patronato Panama Viejo, or Old Panama Trust, in Panama City, and will be just the start of what explorers believe is a much larger stash.

The search is continuing in the Chagres River, near where the ships foundered on the shallow reef.

Hanselmann is full of admiration for the man he describes as “an iconic historical figure who accomplished incredible feats throughout the Caribbean.”

And the archaeologist is by no means ready to head back to Texas, with four more wrecks still lurking on the sea bed.

“Locating his lost ships and being able to preserve and share what we find with the public is our ultimate goal.”

Drinks giant Diageo, which owns the Captain Morgan brand, is no doubt delighted — most brands have to invent legendary figures to sell their product.

“In our case we didn’t have to make up a story — ours is real, just waiting to be discovered at the bottom of the ocean floor,” says Tom Herbst, brand director for Captain Morgan USA.

“This adventure we’ve embarked on embodies the character of Morgan himself and the free-spirited nature of rum.”

But Diageo won’t get to own this valuable real estate, although no one can stop the company enjoying the brand awareness it brings.

All artifacts recovered will remain the property of the Panamaian government and should prove a valuable asset to the old city of Panama, now a UNESCO World Heritage Site.

For the original report go to http://www.cnngo.com/explorations/life/captain-morgan-549521

One thought on “Captain Morgan’s treasure unearthed in Panama”