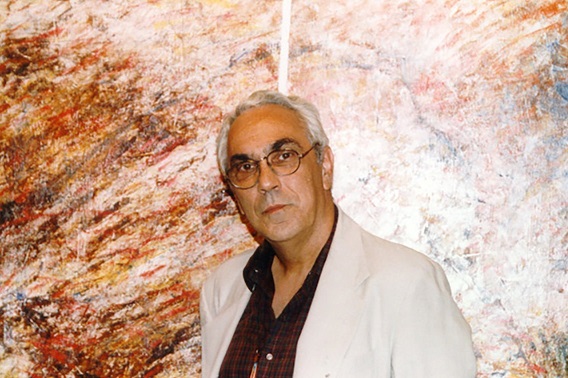 [Many thanks to Veerle Poupeye for bringing this item to our attention via Critical.Caribbean.Art.] David González (The New York Times) shares on obituary article on Puerto Rican art historian Mario César Romero, who “celebrated the neighborhood’s artists, including Alice Neel and James de la Vega.”

[This obituary is part of a series about people who have died in the coronavirus pandemic. Read about others here.]

Mario César Romero was the son of a house painter and seamstress from Puerto Rico who grew up in a housing project next to where Lincoln Center and its cultural institutions would one day rise.

Though blessed with neither good health nor fortune, he always carried himself with a certain élan, holding forth on art history at the counter of a home-style Puerto Rican restaurant downstairs from his apartment in East Harlem.

“His life transcended the most astonishing challenges with dignity,” said Susana Torruella Leval, a friend who is on the Brooklyn Museum’s board of trustees. “He was truly a 19th century gentleman. I always thought of him as being in the court of some great king advising him on the arts.”

Mr. Romero, an art historian, curator, consultant and lecturer, died on April 17 in Manhattan of complications of the coronavirus, his sister, Migdalia Romero, said. He was 78 and had spent the last decade living in an assisted-living center until this summer, when health problems resulted in his entering palliative care.

Mr. Romero was a familiar sight in East Harlem, where he lived in an art-filled apartment on East 106th Street off Third Avenue. Educated in Catholic schools, he graduated from Fordham University with a degree in art history and also studied at the University of Puerto Rico.

As East Harlem’s borough-appointed official historian, he led walking tours and held forth on the artists who made the neighborhood home, including the pioneering 20th century portraitist Alice Neel and the street artist James de la Vega.

Ms. Torruella Leval met Mr. Romero in 1970, when both were art history graduate students, a rarity, she said, for Puerto Ricans like them whose interests went beyond the European canon. When she was named director of El Museo del Barrio in 1990, she hired him as a consultant.

Among his lasting contributions to his beloved Barrio are the costumes he made for El Museo’s annual Three Kings Day parade. Like him, the costumes were elegant and with touches of all the cultural traditions of Puerto Rico.

“He saw so many dimensions at once,” Ms. Torruella Leval said. “Because he had exquisite taste, the fabric and the sewing, which he probably did himself, were extraordinary.”

Maybe he was fated to do this. After all, he was born on Three Kings Day.