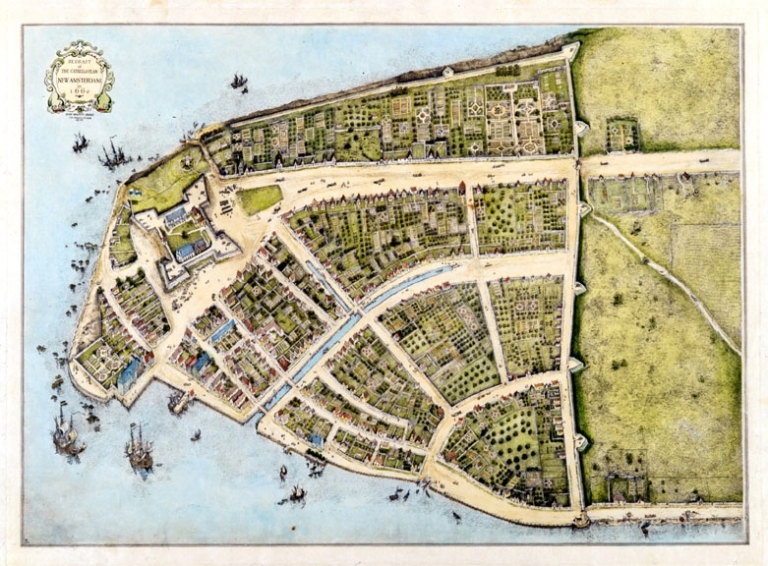 New York will pay tribute to the first immigrant to settle in the city, Juan Rodriguez, by naming a stretch of Broadway Ave. after the Dominican native, who came to Manhattan in 1613 to trade with the Indians, The Latin American Herald Tribune reports.

Mayor Michael Bloomberg on Tuesday signed the bill to rename the segment of Broadway between 158th and 218th Streets in Upper Manhattan as Juan Rodriguez Way.

That stretch of road runs through the world’s largest concentration of Dominicans outside the Caribbean nation.

Juan Rodriguez, also called Joao or Jan Rodrigues, was a free black man who traveled in a Dutch vessel bound from the island of Hispaniola – which today includes the Dominican Republic and Haiti – for the Netherlands.

When the ship made a stop in what is now the Big Apple, he decided to remain in Manhattan, which in 1625 was named New Amsterdam and later became New York.

“We discovered Juan Rodriguez in 1959 with historian Simon Hart, who wrote about New York and about the legal case of a free black man, from the island of Santo Domingo, who had a row with Dutch settlers who were trading with the Indians, mostly animal skins,” Ramona Hernandez, the director of the Dominican Studies Institute at the City University of New York, told Efe.

She said that after learning of Rodriguez, the center began investigating the archives of the Dominican Republic, the Netherlands and the Archives of the Indies in Seville, Spain.

The sociologist also said that the worked with historians in Holland to review the documents that Hart had originally examined “and we found a series of clues that we could follow both in the Dominican Republic and in Spain.”

She emphasized that it is not known what later became of Rodriguez, although some academicians have said that he married an Indian woman, “but there is no documentation of that.”

Hernandez added that research is continuing and she mentioned that the Dominican Studies Institute is close to publishing a report with all the information gathered so far about Rodriguez.

She said that “it’s fabulous” that the city is recognizing the man because that is “a reaffirmation that we didn’t arrive yesterday, but before this city began to be what it is today.”

“The delight is enormous. Our people are going to be recognized in a city as important as this one,” she added, noting that she had attended the ceremony along with City Councilwoman Ydanis Rodriguez, a Dominican immigrant who presented the proposal to name a street for Juan Rodriguez.

“For me, it’s important to emphasize the very early presence of Latinos in this city because in recent years we’ve been the target of attacks,” Hernandez said.

She added that they are working with African American and Latino groups so that in early 2013, for the 400th anniversary of Rodriguez’s arrival, they can hold the ceremony to rename the street, an event to which they will invite Dominican President Danilo Medina.

For the original report go to http://www.laht.com/article.asp?ArticleId=598025&CategoryId=14092