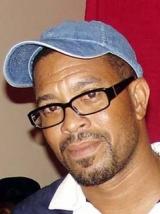 David A. Smith, a Jamaican banker and founder of Olint Corporation, was sentenced to prison this week in the Turks and Caicos Islands and faces 23 counts in the Orlando federal court system in Florida. The accusations range from wire fraud to money laundering. Smith pleaded guilty to conspiracy and fraud charges and was sentenced to over six years in prison.  It is unclear whether Smith will be extradited to Orlando.

US prosecutors say more than 6,000 people from Florida, Jamaica, the Turks and Caicos Islands and elsewhere invested in Smith’s companies, which include the Olint Corp. Smith advertised Olint as a private investment club and claimed to pool investors’ money to engage in foreign currency trading on their collective behalf. In typical Ponzi style, the banker failed to invest the funds and paid returns to some investors from their own money or funds given to him by later investors. Smith transferred millions of investors’ dollars to his personal bank accounts “to finance a lavish lifestyle.” U.S. prosecutors say Smith created a broad infrastructure at Olint in Jamaica to make it appear that the company was a legit private investment club.

As part of the forfeiture process in Orlando, prosecutors are going after $128 million, a home owned by David Smith’s sister in the Reserve at Belmere neighborhood in Windermere, gemstones, precious metals, and jewelry. Prosecutors also say Smith had ties to i-Trade FX, a company licensed to deal in foreign currency trading; Smith was the “majority capital investor” in the business, with an investment of more than $2 million.

Jamaican authorities raided Smith’s investment company’s office in 2006 and barred it from operating in the country, whereupon he moved to Turks and Caicos. There, he was arrested several times in 2009, and was released from jail after posting bond. His wife, Tracy, a co-owner of Olint TCI, was also taken into custody at one point. In 2009, a flurry of anonymous emails reported on links between the Jamaica Labour Party’s 2007 election victory and massive funding from the investment banker. These charges were categorically denied by the government.