An interview by Mahoro Seward for I-D. Vice.

The London-based artist and designer discusses the significance of ‘Life Between Islands’, and unpacks the work she’s contributed to the show.

Though best known for the deeply poetic, craftsmanly clothes she creates through her namesake label, Grace Wales Bonner’s work holds its own as confidently in institutional art contexts as it does on runways. A truly interdisciplinary artist, her creative output has warranted a solo show at London’s Serpentine Gallery, and an installation of hers is currently part of an exhibition curated by Antwaun Sargent at the Mayfair outpost of Gagosian. As of last week, you can see her latest work on show in Life Between Islands at Tate Britain, a landmark survey of art born of the rhizomatic relationships between the Caribbean and Britain over the past 70 years.ADVERTISEMENT

These complex histories are, of course, subjects that Grace has explored through her practice — whether through fashion design, photography, digital publications or film. They were even at the heart of three recent collections — a trilogy that drew upon memories and ephemera tied to movement between the two places: from Lovers Rock sound-systems in 70s London to the untold history of Black scholars at Oxford.

The installation you’ll find in the final room of the exhibition builds on this complex interweaving of cultural narratives, taking the idea of ‘the procession’ as its point of departure. At first glance, the trio of headless mannequins dressed in gilt-buttoned, jewel-tone floral brocade jackets, white tailored trousers and polished brogues — surrounded by an arrangement of worn-in steel pans — invite associations with carnivals and festive parades. Sit with it a little longer, though, and ‘the procession’ becomes a rich metaphor for the movement of peoples through places and histories, the rituals and customs they’ve carried along as they’ve moved, and the ways in which such passages have shaped culture as we know it today.

Below, Grace expands on the significance of both the exhibition, and the work of hers that’s part of it. 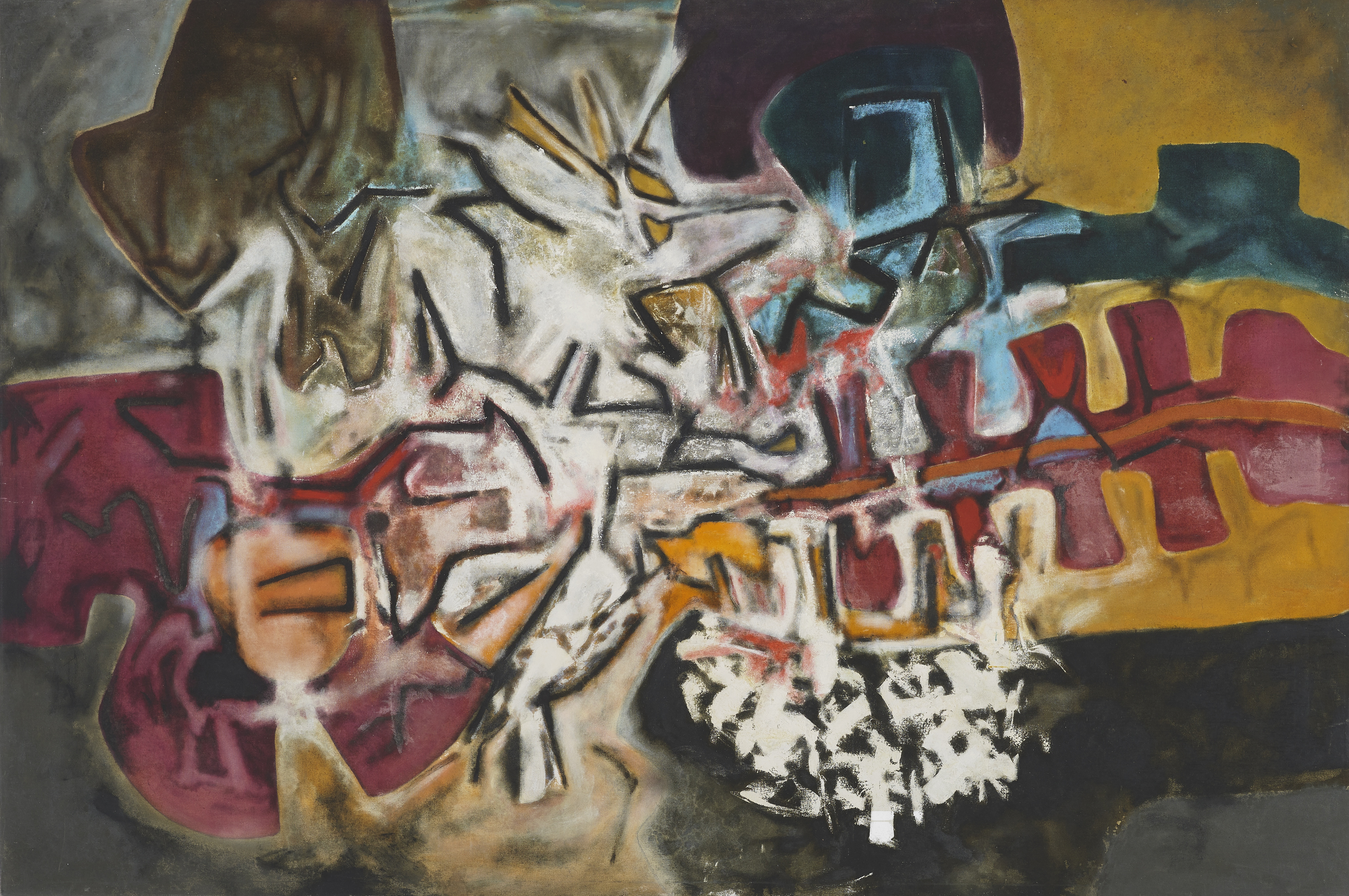 How would you introduce Life Between Islands?
In a way, it’s a retrospective of art created between the Caribbean and Britain from the 50s onwards. It looks at artists that have different connections to the two places, and really contextualises the complex relationships between through different mediums — from painting to photography to filmmaking and more. It also recognises the significance of the incredible contributions and visionary works of Caribbean artists. There are works in the show that I had never seen before, and I’ve been introduced to new people and artists through it, so I feel like it’s a really significant exhibition.

Are there any particular artists in the show that you especially admire?
So many! It makes me so honoured to be included. There are people like Isaac Julien and Liz Johnson Artur, whose work has been really influential to me. And then Charlie Phillips and Michael McMillan, too. Michael’s front room installation, and the book that he made of his initial exhibition at the Geffrye Museum, was actually the inspiration for my graduate collection. It was really amazing to meet him and to see work that was so formative for me as a young designer. And then it’s also been really beautiful to see Aubrey Williams‘ paintings and some of Althea McNish‘s original textiles — they’re things I’ve seen in books, but never in real life. It’s been really nourishing to see these works. And David Bailey‘s also such an incredible curator — he did this amazing show at the Hayward Gallery in the 90s, which I have the catalogue from, so to be part of a show that he was part of was really special. 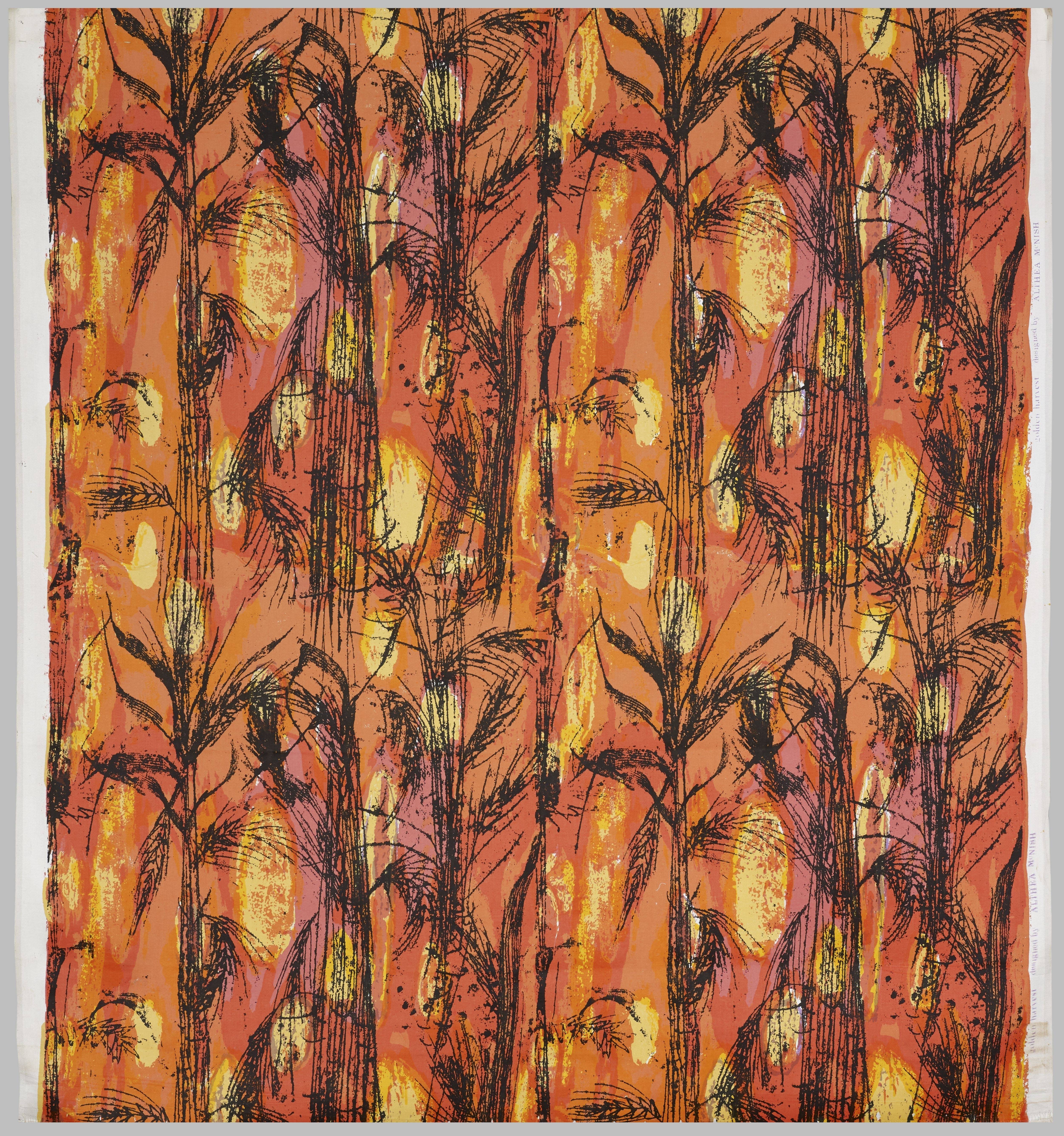 How easily did you settle on the direction that you wanted to take with the works that you contributed to the exhibition?
Well, the theme of the exhibition — the idea of connections between Britain and the Caribbean — is something that I’ve previously explored in my work, particularly through the trilogy of Lovers Rock, Essence and Black Sunlight. I knew that I wanted to create something new for it, so the initial point of conversation was exploring those relationships and thinking about how clothing could potentially appear in an exhibition context. I started by looking at the idea of the procession and movement of people through different histories, while also thinking about the procession in the context of music. I looked into the history of steel pans, and how they came to Britain and became part of the carnival here — I was really interested in how this sound transported from one place to another. While researching, I came across pans that belonged to some of the early people that were instrumental in bringing this music to Britain. It was really amazing to draw connections between generations and have some of those original pans be part of this. 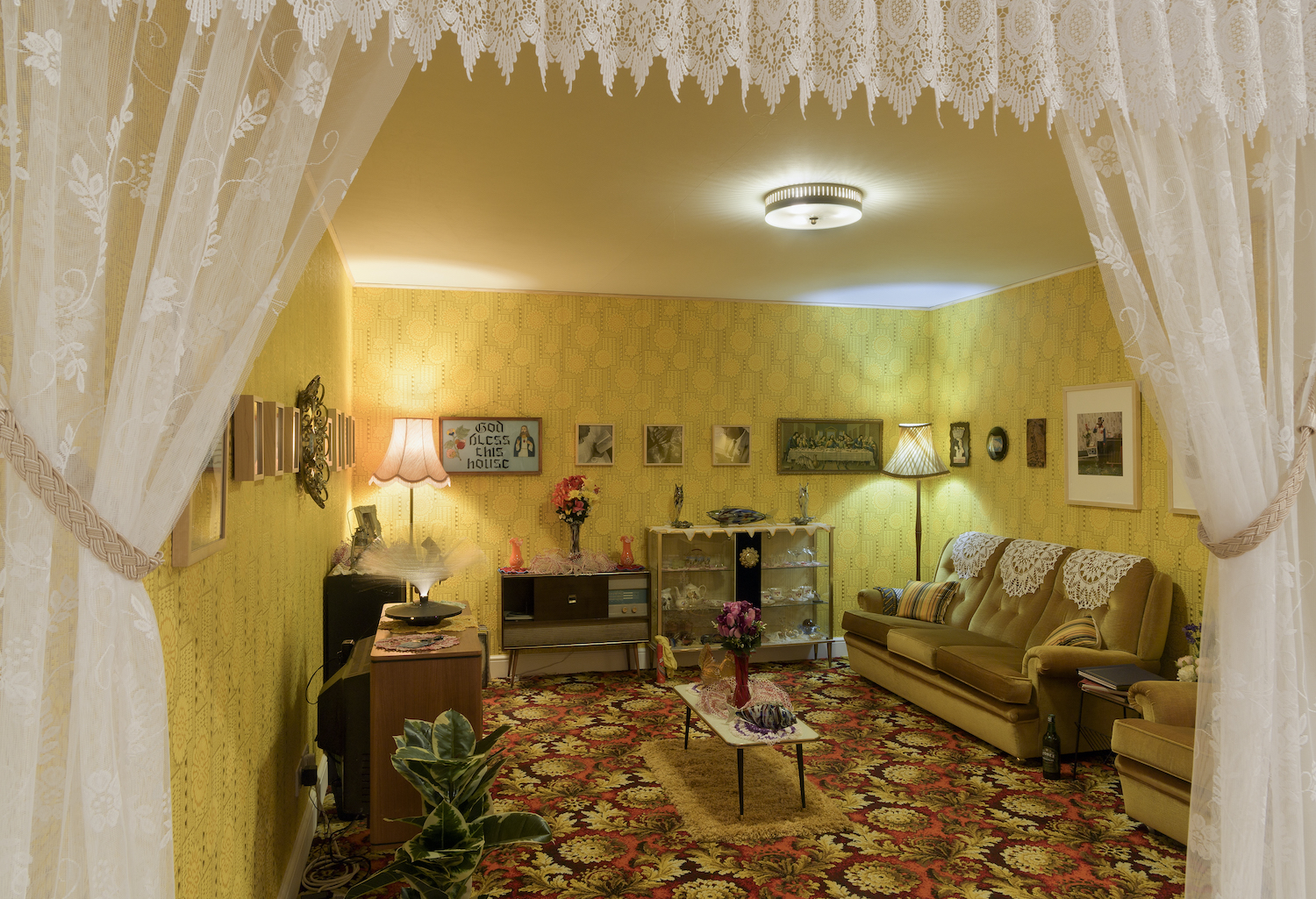 The garments you’ve created for the installation are so striking. What’s the story behind them?
I was looking at the uniforms worn in these processions — there’s often a slightly nautical influence to them, but also slightly militaristic, in the sense that you often see repurposed military uniforms in 70s style. You know, how people would wear secondhand army surplus. At the same time, you’d also see lots of these floral, flamboyant shirts, and patterns and paisleys. For me, that really connected with Michael McMillan’s work, particularly his front room installation. It reflected a similar idea of people creating environments that imitate the vegetation of the Caribbean in their homes, and also wearing them through prints. So I knew I wanted to source similar materials and repurpose them.

The second part of your contribution to the exhibition is “Movement of People”, a series of imagery and poetry printed in the catalogue. What was the intention behind that and how would you say it mirrors the installation?
I was trying to share a bit of the research that went into it. It’s an assortment of some of the things I was looking at that inspired the collections I worked on in that series. I wanted to reveal some of the research materials that were part of my exploration of this subject, but also show the complications implicit in it; to refuse to resolve it into a very specific narrative. It’s more a collection of fragments moments, memories that, pieced together, amount to an understanding of place — but then also complicate that idea as well.