A report by Ashley Strickland for CNN.

An obsidian “spirit mirror” used by a confidant of Queen Elizabeth I is actually a product of the Aztec culture, according to new research. An analysis of the obsidian mirror, made from volcanic glass, and three other similar objects at the British Museum revealed their Mexican origins.The obsidian mirror with the Elizabeth I connection belonged to John Dee, an adviser of hers from when she became queen in 1558 and through the 1570s. Dee served as the queen’s astrologer and also consulted with her on science. This included Dee acting “as an advocate of voyages of discovery, establishing colonies and improving navigation,” said Stuart Campbell, study author and professor at the University of Manchester.”John Dee is a remarkable historical figure, a Renaissance polymath — interested in astronomy, alchemy and mathematics — and confidant of Elizabeth I,” Campbell wrote in an email. “Later he became involved in divination and the occult, seeking to talk to angels through the use of scryers (those who divine the future), who used artifacts — like mirrors and crystals.” 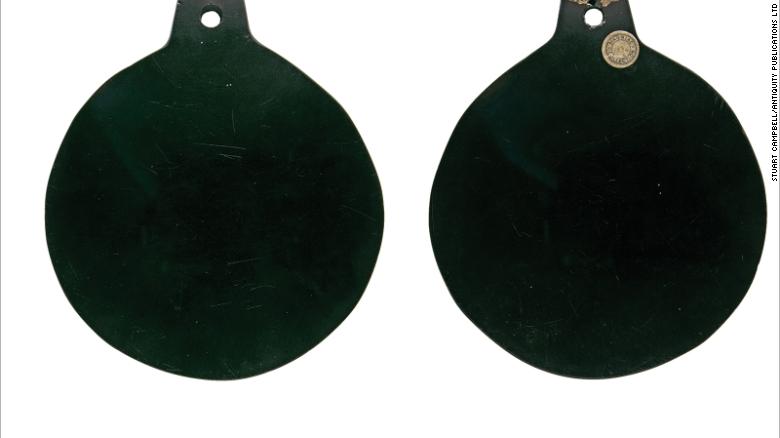 The obsidian mirror used by John Dee was created by the Aztecs. While it had been previously suspected that the mirror had been made by the Aztec culture, there were no records accompanying the object to show how it came into Dee’s possession.

A team of researchers used geochemical analysis to target the four obsidian objects with X-rays. This in turn caused the objects to emit X-rays, helping the scientists determine their composition by revealing the elements of the obsidian. In addition to Dee’s mirror, theystudied two other Aztec mirrors and a rectangular slab of obsidian.

The researchers estimate that Dee’s mirror is about 500 years old, most likely made in the final decades before the Spanish conquest of Mexico in 1521, Campbell said. “We know that Spanish conquistador Hernán Cortés sometimes commissioned items from Aztec craftsmen so he could send them back to the Spanish court,” Campbell said. “So it is even possible that some of the circular mirrors like John Dee’s were specially made by Aztec craftsmen at the time of the conquest of the Aztec Empire to send back to Europe.” 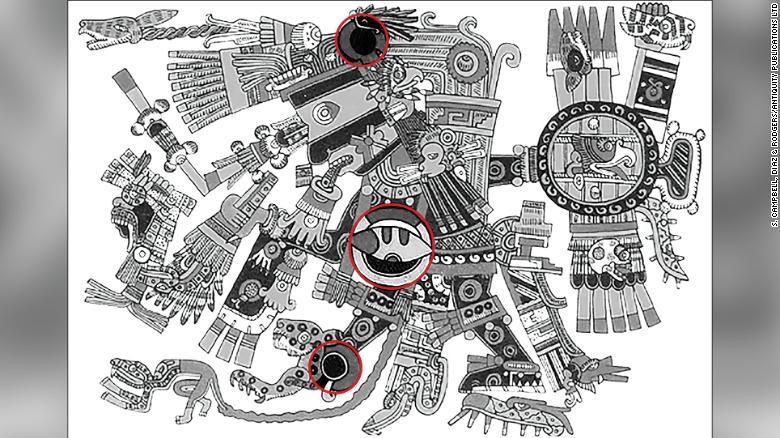 This figure shows Tezcatlipoca, lord of the smoking mirror, with circular obsidian mirrors on his temple, his chest and his foot highlighted.While researchers haven’t been able to pinpoint the obsidian mirrors’ intended use in Aztec culture, depictions remain that show circular obsidian mirrors made at this time.” They’re shown particularly in drawings of the god Tezcatlipoca, in place of a missing foot, or attached to his chest or head,” Campbell said. “The mirrors that have survived may well have actually been attached to statues of the god. Tezcatlipoca was the god of divination and providence, amongst several other things, and the obsidian mirrors were probably much more than simply symbols of power — they also seem likely to have been used for divinatory purposes.”

Tezcatlipoca’s name also means “smoking mirror.”The Aztecs believed that obsidian had spiritual significance, and it was used in their medicinal practices, as well as a way to ward off bad spirits or even capture souls by using the reflective nature of the volcanic glass.Items of such significance to the Aztecs would have been intriguing to the Europeans exploring Mexico. 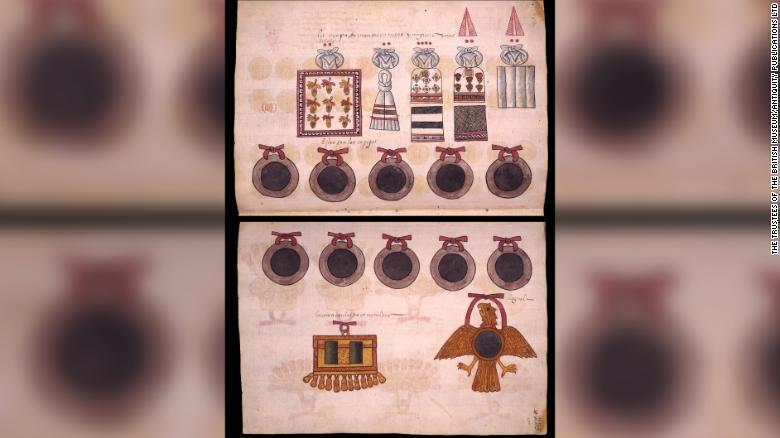 These are Aztec depictions of the mirrors.”The 16th century was a period in which new exotic objects were being brought to Europe from the New World, and opening up exciting new possibilities in the intellectual world of the period,” Campbell said.Dee, the first person known to use the term “British Empire,” would have been fascinated by the idea of the mirrors if he heard stories of how the Aztecs used them, Campbell said. Dee had an interest in the occult early on, and once he obtained the obsidian mirror, he used it to try communicating with spirits, according to the study. 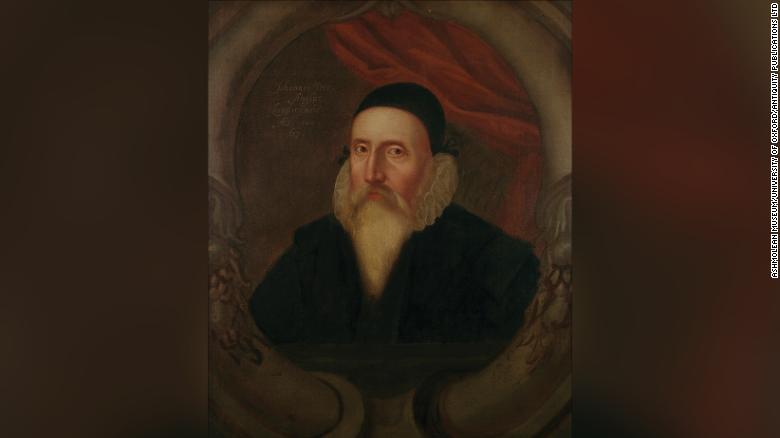 Understanding the origins of the obsidian mirror can help researchers retrace the paths of such objects from a time when appropriation occurred frequently.”To me, it helps us understand something of the way in which the European voyages of discovery and engagement with other parts of the world, often through disastrous conquest, was matched by intellectual attempts to understand how the world worked,” Campbell said. “Novel artifacts brought back to Europe from the Americas entered collections of nobility and of intellectuals, and were used and appropriated in the efforts of people, who — like John Dee — saw themselves as scientists, to understand the world in new ways.”During his time as Elizabeth’s confidant and adviser, she visited him several times at his home, Campbell said. Dee was considered to be one of the reigning intellectuals of that period; he had the largest library in England and one of the greatest in Europe, Campbell said.

“The surviving record of (the library) is actually of major importance in understanding 16th- and early 17th-century intellectual thought,” Campbell said.To Dee, the supernatural was indistinguishable from science. “It may have been his growing interest in those areas of study that gradually undermined his role in the court by the end of the 1570s,” Campbell said.