A report by Veronika Perkova for the BBC.

When Hurricane Iris hit southern Belize in 2001, the country’s magnificent corals were wrecked. But within 10 years, a radical restoration project brought the reef back to life.W

With the caye split into two and corals smashed into rubble, the underwater world at Laughing Bird Caye National Park off the coast of Belize looked nothing like the vibrant and colourful place that had thrived with life before Hurricane Iris swept across it in 2001. The storm left the water murky and muddy, while rotting dead creatures washed ashore.

When Lisa Carne first visited the island in 1994, there were so many large, bright reddish-orange interlocking elkhorn corals that she could hardly swim through or around them. The reef was abundant in fish, corals, lobsters, crabs, sponges and sea turtles. But after the hurricane all of this was destroyed. With only a few surviving corals, the scene looked more like a graveyard.

It was not the first time Carne had seen a dead reef. In 1995, she moved full time to Belize, and volunteered as a research assistant at Carrie Bow Cay, a Smithsonian field station. She witnessed the effects of the first coral bleaching event in Belize, home to the second longest barrier reef in the world. Bleaching events leave the structure of corals intact, but strip it of the algae that live in an endosymbiotic relationship with the coral polyps. Some coral recover from such events as the algae returns, although many die.

Hurricane Iris was catastrophic in a different way. It not only killed corals but uprooted their structure too, making recovery even harder.

Carne immediately wanted to start replenishing the reefs by planting corals, but it took many years to convince any funders that her idea was viable. People argued, and still do, that without solving the problems that cause corals to die, putting them back on the reef made no sense. 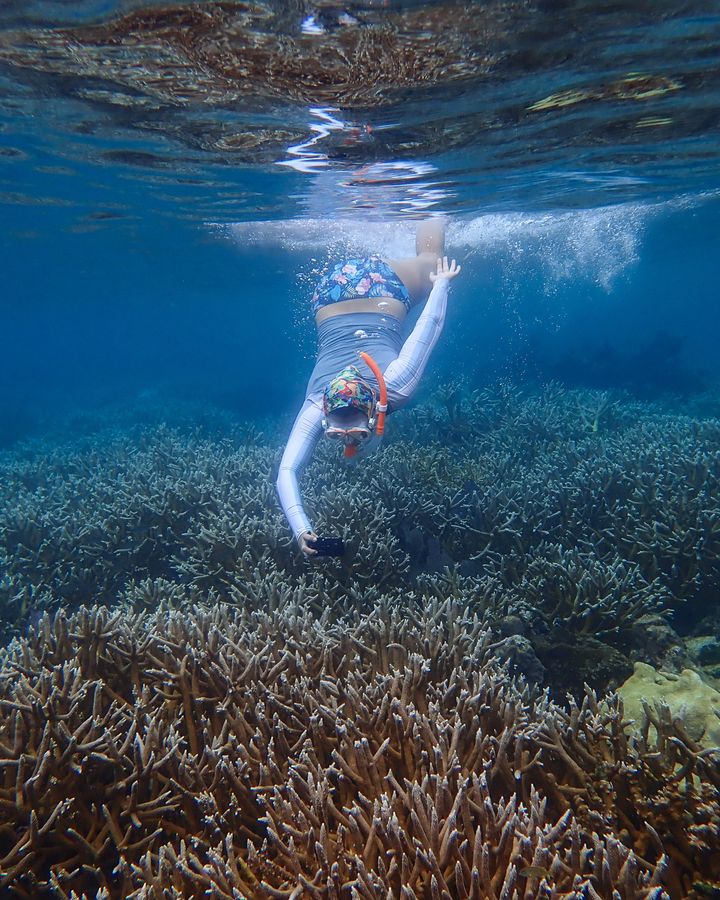 Coral reefs can recover without human intervention, but more slowly. Amid warming seas, they may need all the help they can get

For five years after Hurricane Iris, the reef lay bare. There were few live corals, schools of fish or lobsters, and the seabed was covered in reef rubble and encrusting sponges. Carne began pitching her restoration ideas in 2002, but for several years had no luck. Then in 2006, the US listed Caribbean acroporid corals (the fastest growing type of branching coral in the Caribbean, and the main reef-building one) as endangered, and a local funder approved Carne’s proposal to restore the reef.

Carne began with transplanting 19 elkhorn coral fragments from the main barrier reef in a trial. “People were asking me why I’m going so far away for the corals,” says Carne. “They thought that these corals were common, like sand. But after two weeks of mapping, I found that they were not everywhere anymore.” In fact, she found that coral structure and cover had fallen to less than 6% of the national park area.

A series of bleaching events followed the hurricane, but not everything was lost. Carne noticed that there were pockets in the reef that still looked relatively healthy. Because the initial 2006 transplants’ survival was high (more than 80% still alive today) she continued to identify surviving corals and started reseeding the reefs with them in 2010. 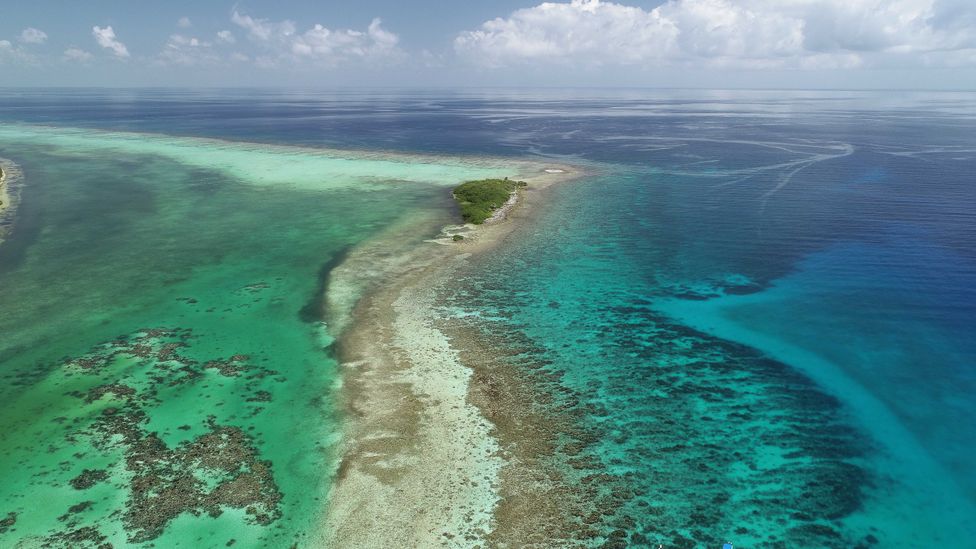 Shallow reefs around islands like those off the coast of Belize help to protect the coast from erosion, as well as supporting rich marine life

But restoring a reef is not as simple as it might seem, and involves trial and error, often learning as you go. When scientists first began to explore the idea of reef restoration, they thought that the larger the transplant, the higher the chance of survival. But in 2015 marine biologist David Vaughan discovered that the opposite can also be true – the smaller the piece, the faster it grows. This so-called “micro-fragmentation “enormously accelerated the restoration work.

Whereas in the past, Carne’s team would trim corals into roughly 10cm (4 inch) pieces, grow them up in a coral nursery until they reached around 30cm (12 inches) and then plant them out in the reef, this breakthrough allowed the team accelerate growth rates in the nursery for certain coral species, and bypass nursery time for others completely.

Carne worked with other researchers on coral genetics, diseases, bleaching and spawning to seek out the best way to restore the reef. In 2009, Illiana Baums, professor of molecular ecology at Penn State University, advised on the appropriate distance to plant different individuals of each coral species apart to encourage spawning (sexual reproduction – which boost’s the reefs genetic diversity and resilience). Successful spawning events were later documented between 2014 and 2016.

Despite these steps forward, the task of replanting corals in over a hectare of shallow reef was too much for a research team of between two and four people. Once Carne’s mapping had revealed the extent of damage to the corals, the local people realised how scarce they had become. Fishermen and tour guides from nearby Placencia village were the first to notice the success of the transplanting efforts and they offered to help Carne with the planting. 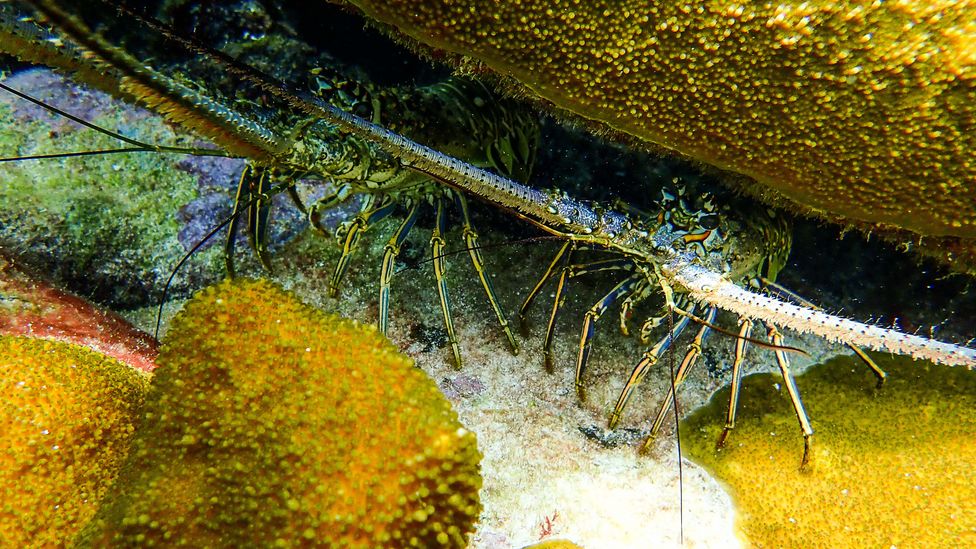 In 2013, Carne registered a non-profit community-based organisation in Belize called Fragments of Hope and two years later added a US branch. Fragments of Hope developed a coral restoration training course, endorsed by the Belize Fisheries Department, which has certified over 70 Belizeans to date, says Maya Trotz, a professor of civil and environmental engineering at the University of South Florida and a US board member of Fragments of Hope. The restoration supplements local people’s incomes from tourism and fishing with restoration jobs.

“Fragments of Hope engages young people, and has created colouring books and puzzles about the reef, featuring artwork of a local artist,” says Trotz. “Over 2,500 have been distributed to date to schools across Belize.”

So far over 85,000 corals have been planted in the Laughing Bird Caye National Park. Long-term monitoring shows 89% survived after 14 years – much higher than typical survivorship after restoration. Overall, coral cover of the seafloor in the park increased from 6% to 50% between 2010 to 2017. Reports also suggest an upward trend in corals around Belize as a whole, rising from 11% of the seafloor surveyed in 2006 to 17% in 2018 through natural recovery. 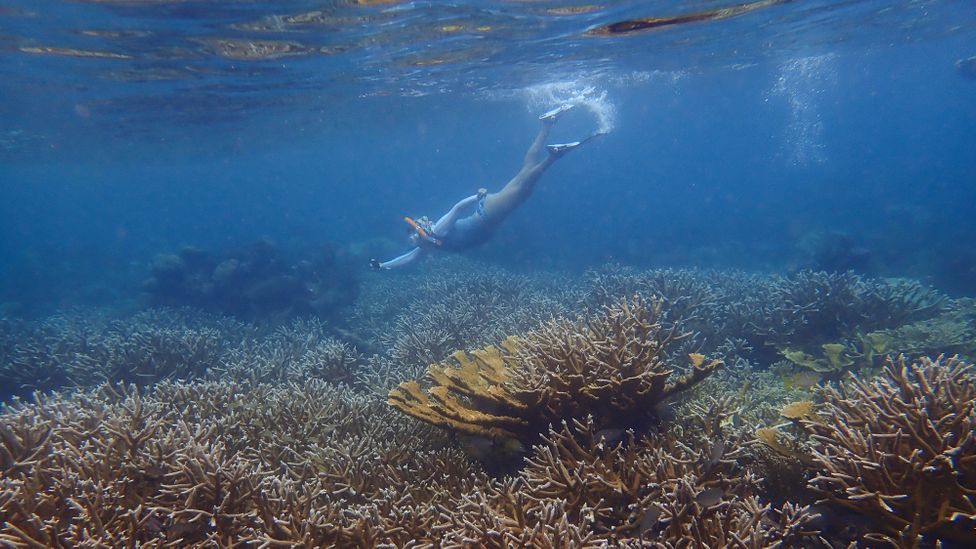 Crucial to the success of Fragments of Hope was the local community’s involvement with the planting process, alongside researchers

The reef restoration work in Belize is unique because it focuses on shallow reefs – the kind that helps protect coasts – in a sparsely populated area. With a relatively small population of roughly 420,000 people, Belize does not put as much pressure on its reefs like its more populous neighbours.

“I think critical factors in the success of Fragments of Hope are the science-based approach, the vast local knowledge, and the dedication and persistence of Lisa,” says Penn State University’s Baums.

Belize’s efforts to protect its reefs have also played a large role. Laughing Bird Caye National Park was established in 1994. Belize banned all shrimp trawling, the use of gill nets, off-shore oil exploration and fully protected its grazing fish families, the parrot and surgeon fishes. As the only organisation that practices reef restoration in Belize, Fragments of Hope has been able to cooperate closely with the government. Together they are now working on a national restoration plan for coral replenishment.

But despite government restrictions, there has been unchecked coastal development with mangrove cayes in Belize destroyed. There are also plans to build new cruise ports. “It’s hard to get up every morning and do what you do when there are bigger decisions being made that you may not control,” says Carne. 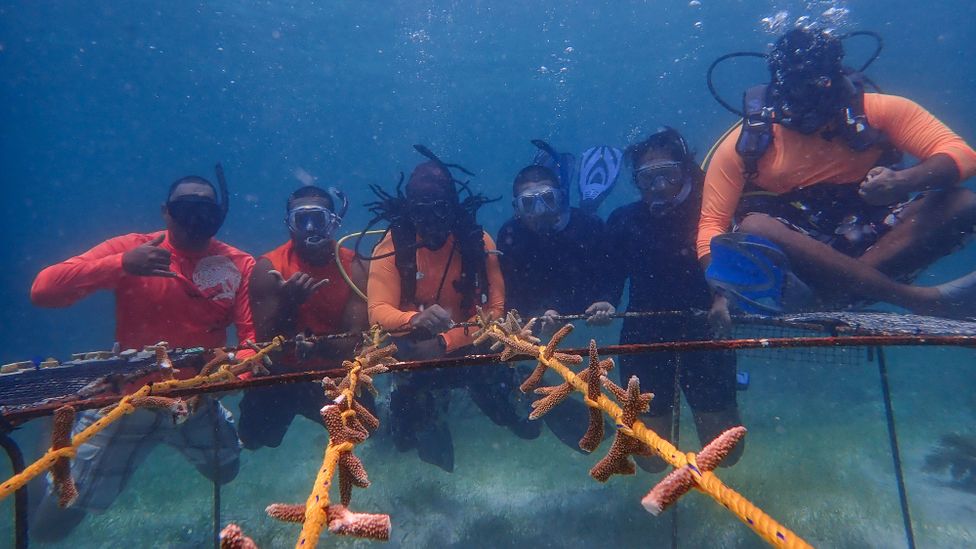 Techniques developed by Fragments of Hope have been successfully applied in Colombia, Jamaica and the Caribbean island of St Barts, as well as seven Marine Protected Areas and 10 other sites in Belize. Prior to Covid-19, Fragments of Hope organised exchanges, study visits and workshops to share experience across the Caribbean. People came to learn how to select an appropriate restoration site based on a long set of criteria, set up nurseries, trim corals and use cement for planting. The organisation also shares its methods and experiences online.

“Fragments of Hope is a centre of innovation, attracting talent from the Placencia Peninsula and around the world, all inspired by the proactive approach to coral restoration,” says Trotz.

After 15 years of restoration efforts, the coral reef at Laughing Bird Caye National Park, which was once a rubble graveyard, is now bursting with life. Staghorn and elkhorn corals are again covering the seafloor, spawning and providing refuge to numerous species. Giant lobsters, crabs, eagle rays and sea turtles, which were abundant prior to the hurricane, now roam around the reef. Schools of parrotfish and surgeon fish have also returned and graze the algae so corals can spread out even more.

Scientists, reef restorers and passionate divers all agree that the coral reef at the Laughing Bird Caye is unique. “I haven’t seen this kind of acroporid coverage since late 1970s or early 80s. It’s pretty remarkable,” says Mark J. Butler IV, professor and eminent scholar at Old Dominion University, one of the many visitors who come to admire the thriving underwater world of the restored reef.

Though the project has seen substantial success, maintaining the reef is likely to be an uphill struggle. Coral bleaching events are becoming more extreme each year due to climate change and storms more frequent and severe. If greenhouse gas emissions are not curbed globally, then few corals are predicted to survive in the “business as usual” scenario. The bleaching events in Belize have been getting progressively worse, Carne says.

But if Carne had waited for zero emissions to begin her work, the reef today may not look much more alive than after Hurricane Iris hit. So while many scholars still criticise the idea of reef restoration in a world of warming oceans, the constant decline of reefs globally has led to projects in over 50 countries, though none yet approach the scale or longevity of the work in Belize.

“When we first started maybe one or two people were doing reef restoration,” says Carne. “But nowadays, everybody’s doing it. I joke that it’s like yoga now.”