A report by Isis Semaj-Hall for Travel and Leisure.

When it comes to Jamaica’s cultural legacy, music looms large, but the island also possesses a rich literary history that spans generations, and is now reaching an international audience.

When I think of some of Jamaica‘s historic literary figures—people like Claude McKay, the poet who found success during the Harlem Renaissance; Louise Bennett-Coverley, the folklorist affectionately called Miss Lou who became known for her use of Jamaican patois in the 1960s and 70s; or Ian Fleming, the Englishman who wrote all 14 of his James Bond books from his home in Oracabessa—I wonder if they could have ever imagined a time like this. I wonder if they could have imagined that readers from around the world would come to the island to celebrate Jamaican literature in all its forms.

Those readers come for events like the Calabash International Literary Festival in Treasure Beach, on the southwestern coast, which celebrates its 20th anniversary this year. The gathering holds a special place for me as a Jamaican literary critic and lecturer at the University of the West Indies. This is where I talked and laughed with playwright Trevor Rhone (who cowrote the 1972 film The Harder They Come); where feminist author bell hooks provoked discussions about sexuality and patriarchy; and where I honored poet Kamau Brathwaite on stage with poet and activist Linton Kwesi Johnson in 2018.

And though the festival seems to gain more momentum every year, it is in fact part of a long history of cultural tourism—one that began with the Jamaica International Exhibition in 1891, when over 300,000 people from across the world descended upon Kingston, the capital of what was then a British colony.

The lagoonside villa at GoldenEye, the Oracabessa property where Ian Fleming penned his James Bond novels.

On opening day, a gun salute welcomed the future King George V and other dignitaries at the Kingston waterfront, and some 8,000 people—men in bowler hats and topcoats, women in high-necked Victorian dresses—passed through the enormous, purpose-built exhibition building. The structure housed artwork, cutting-edge industrial machinery, and entertainment like variety shows and plays. At a time when the colony’s sugar industry was waning, and its banana-export business was not fully developed, this three-month spectacular was an enormous boost to Jamaica’s burgeoning tourism trade.

For Jamaican writers, there is a desire to record our experiences in our own voices, having been marginalized by historical records and denigrated by European travelogues since the 1500s.

But there were logistics to be ironed out. Kingston of the 1880s was still very much a rough-and-tumble city used to hosting traders and sailors in simple taverns and lodges. The expectation that foreign officials and elites would visit this exhibition meant better, more refined accommodations would have to be built.

With full support from Jamaica’s colonial government, in less than two years grand hotels were constructed, staff was hired and trained, and new roads, bridges, and railways were built—all to facilitate the thousands of visitors expected to enter Kingston from around the world. And come they did, by rail, by road, and by ship, launching Kingston and Jamaica onto the world stage. 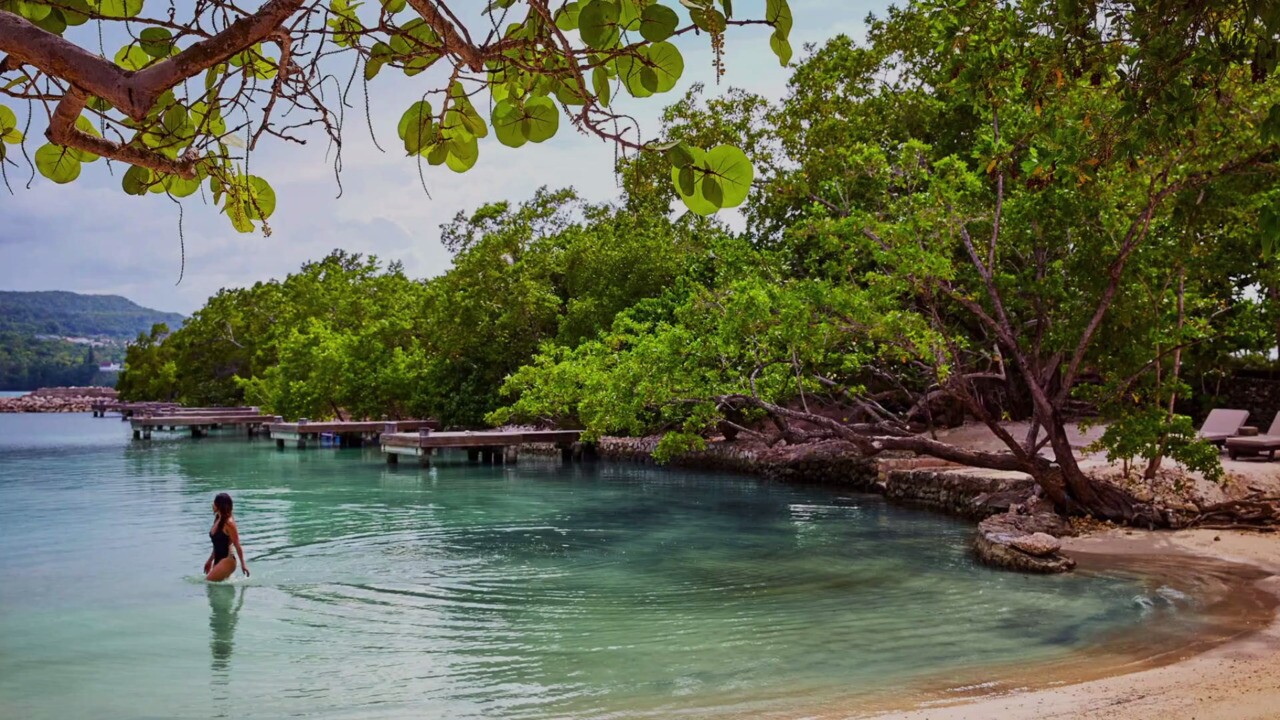 One hundred and thirty years later, I think about the Jamaica International Exhibition as it compares to the 20th anniversary of the Calabash International Literary Festival, and of the pioneers—the writers—who paved the way for today’s Jamaican authors.

Nearly 85 years before Nicole Dennis-Benn published Here Comes the Sun and Patsy—two novels that center on the complexities of being female, working class, and Black—the St. Elizabeth–born feminist Una Marson, in the 1930s, published poems like “Kinky Hair Blues,” which includes the lines “I like me black face/And me kinky hair./But nobody loves dem,/I jes don’t tink it’s fair.”

A half-century before novelist Marlon James became, in 2015, the first Jamaican to win the Man Booker Prize for his fictional examination of Bob Marley and state violence in A Brief History of Seven Killings, Miss Lou was poetically critiquing Jamaican class politics and colonial hypocrisy with poems like “Colonisation in Reverse” and “Dutty Tough.” The first line of the latter powerfully describes life for the majority of Jamaicans in the postcolonial era: “Sun a shine but tings no bright.”

For Jamaican writers, there is a desire to record our experiences in our own voices, having been marginalized by historical records and denigrated by European travelogues since the 1500s. Once slaves were emancipated from colonial bondage in the 1800s, Jamaicans were eager to convert the sound colonial education of the pre- and post-independence years into uncompromising poetry and prose. And whether they remained on-island or migrated to the diaspora, its writers have honored our oral traditions.

We tell our stories as a way to right histories. This was perhaps why the acclaimed poet and novelist Olive Senior wrote, in her 1988 poem “Cockpit Country Dreams,” that “Our river, undocumented/was mystery. […but] lines on paper/cannot deny something that is.”

It was the need to right histories that pushed environmental activist Diana McCaulay to use a spelling that favors the pronunciation of the Taino, the original inhabitants of the island, when naming her 2012 novel, Huracan, which is about the devastating cycles of colonialism.

This is why Justine Henzell, a filmmaker, writer, and cofounder (along with novelist Colin Channer and poet Kwame Dawes) of the Calabash festival, has made it her mission to produce an “earthy, inspirational, daring, and diverse” event.

Filmmaker, writer, and Calabash International Literary Festival cofounder Justine Henzell in her childhood home in Kingston, with books from her collection.

Many schoolchildren here are still taught predominantly British and American prose and poetry. In the classroom, Henzell read only British authors—but she also recalls her family having works by local writers like Miss Lou, John Hearne, and Jean D’Costa on the shelves.

“Miss Lou’s poetry was a big influence in my house,” Henzell says. “If I were to sum up my life’s mission, it would be helping Jamaican stories to be told in our own voice.”

“Word is the foundation of everything. And there’s no better place to examine the relationship between music and literature than in Kingston.”

Nowadays, as literature classrooms worldwide seek to become more diverse, reading lists are shifting, too. And for readers and writers here, more literary spaces and events are developing.

The Kingston Book Festival was launched in 2011 as an investment in building Jamaica’s reading culture through active engagement, and returns for its sixth staging in December. When I spoke with Latoya West-Blackwood, who directs the multiday event for readers, writers, publishers, and booksellers, she noted how much “representation matters for readers in a formerly British colony.” Independent since 1962, Jamaica still wrestles with its racial, linguistic, and literary identity.

Kingston was designated a UNESCO Creative City of Music in December 2015 for giving the world some six genres: mento, ska, rocksteady, reggae, dub, and dancehall. But literary initiatives like the KBF demonstrate how the city’s creativity is not limited to its recording studios.

“Word is the foundation of everything,” West-Blackwood says. “And there’s no better place to examine the relationship between music and literature than in Kingston.”

Today, I move through Kingstonwith Jamaican literature imprinted on my memory. I visit the National Library, where works by all of the country’s esteemed writers and its poet laureates are housed, and I feel the weight of Jamaica’s literary might. I stroll the muraled streets of Kingston’s reinvigorated downtown and imagine the workmen and vendors who inspired Miss Lou’s love of the Jamaican language more than a half-century ago.

I visit the Rastafari food vendors in Franklyn Town or grab a meal at the M10 Bar & Grill in Vineyard Town and I know that I am moving through the same communities that raised Nicole Dennis-Benn and inspired her to craft the fictional town of Pennyfield in Patsy. I can visit the Bob Marley Museum on Hope Road—his likeness memorialized in a bronze statue at the entrance—and relive the tense night in 1976 that was portrayed in the pages of A Brief History of Seven Killings.

Near the University of the West Indies campus where I teach, is August Town, a real community where the story of a flying preacher isn’t just a local memory, he is fictionalized in Kei Miller’s novel Augustown.

Some weekends, I visit my father at the house I grew up in. And as I wind my vehicle around the curves and bends of Stony Hill Road, I often pull the car over at Gibson Road, and look out on Kingston below. I see my own story flickering in the city lights, with the harbor and airport visible, just as Michelle Cliff penned it in No Telephone to Heaven, her mystical novel about Jamaican society and its postcolonial trauma.

A statue at the entrance to Kingston’s Bob Marley Museum.

Across the island, near the “second city” of Montego Bay, I can quite literally step inside the grand, 18th-century haunted horror that is Annee Palmer’s Rose Hall plantation. There, I walk the site that writer Herbert G. de Lisser fictionalized in his 1929 novel The White Witch of Rosehall, a complex piece of Jamaican fiction steeped in cultural significance.

Every place in Jamaica has a story to tell or has had a story told about it. I even recognize the Indigenous Taino ancestors in place names like Liguanea in Kingston, and I recognize the anglicized Spanish of Oracabessa, which was formerly Oracabeza, in St. Mary Parish.

And while some may go there to visit Fleming’s estate, GoldenEye, seeking the nostalgia of sitting at the desk where he wrote his James Bond novels, I enter Oracabessa, a former plantation town, feeling the layers of the past described in A Tall History of Sugar. A 2019 novel by Jamaican author and academic Curdella Forbes, it’s a meditation on colonial legacy. When I’m there, the town of Oracabessa is, for me, a symbol of the fact that literary history holds many perspectives. 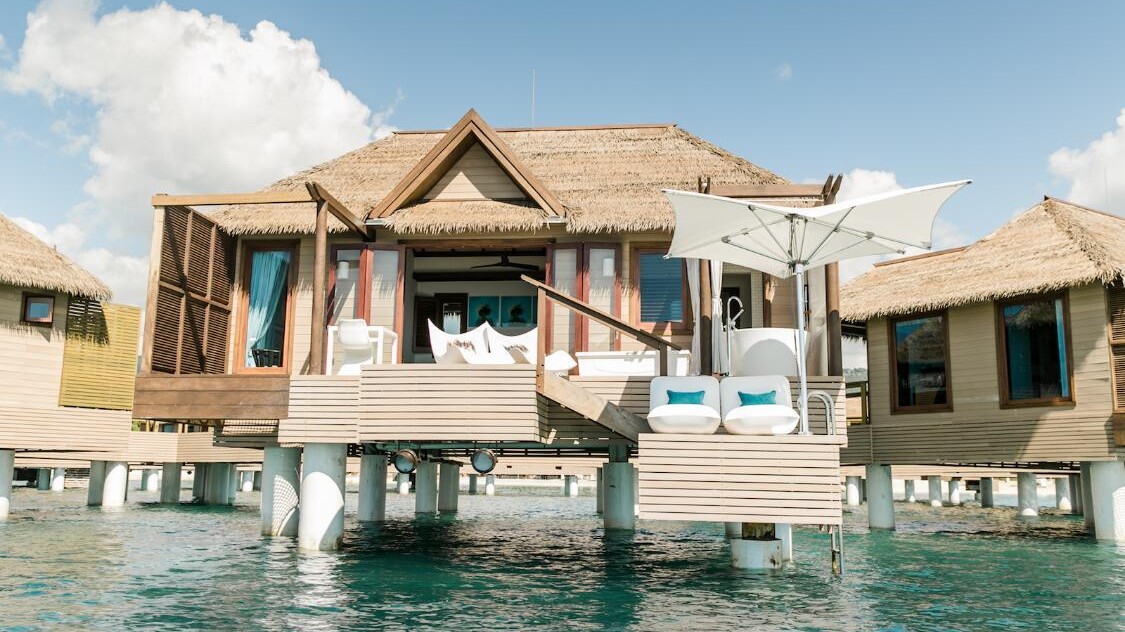 “Jamaican stories must be told in our own voice,” Henzell said recently when we met, at a safe social distance, at Treasure Beach. If we do not author our own stories, they will never be known.