A review by Mahoro Seward for I-D Vice.

Not that you’d know it from the past few months, but a city’s party culture is among the defining features of its identity. And while in some cities, letting one’s hair down is limited to purpose-built venues, in others, music and dancing in the streets are what keep things pulsing along. Barranquilla and Cartagena, both cities with populations just over one million along Colombia’s Atlantic coast, are two such places, where brightly painted, itinerant stacks of speakers known as picós enliven the streets. A new exhibition, PICO: Un Parlante de África en América, documents this.

“A picó is a huge sound system which animates parties known as verbenas,” explain Jim C. Nedd, an Afro-Colombian artist based in Milan, and Italian artists Simone Bertuzzi and Simone Trabucchi, who work together under the name Invernomuto. Their film documentation of picó culture is currently being exhibited at East London gallery Auto Italia. 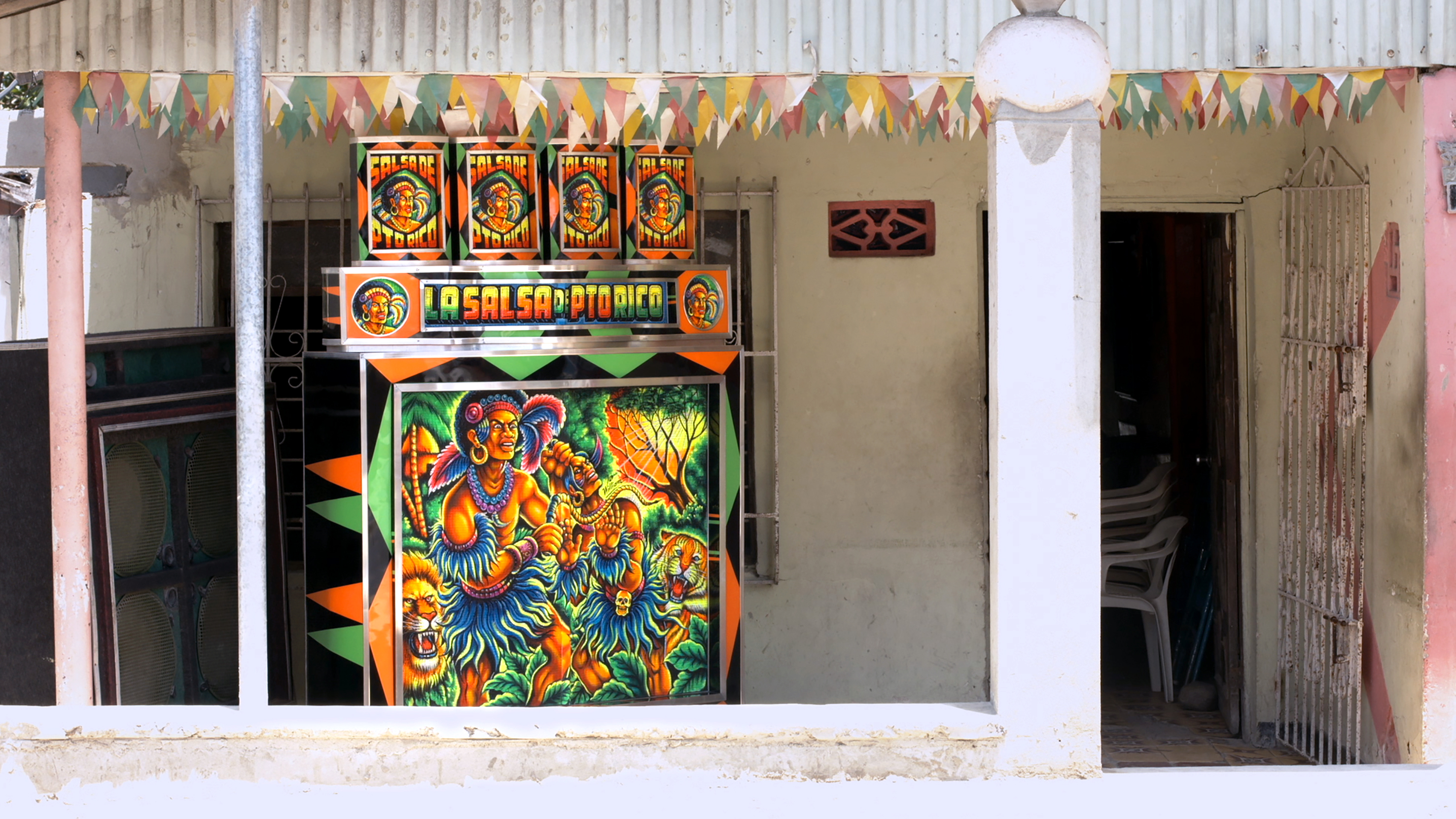 Tracing its history, the film explores how the flamboyant sound boxes are an artefact of a trans-Atlantic dialogue between Colombia and the African continent. The history of this relationship, of course, long predates the arrival of picós themselves, harking back to “the time of slavery routes, when coastal cities like Barranquilla and Cartagena played a huge role as points of access in the trade,” the artists explain, with the modern Afro-Colombian diaspora descending from these first arrivals.

The two cities’ statuses as major Atlantic ports have, over the years, made them “privileged gateways, granted access to technological devices and cultural products, including music”. When vinyl records from West Africa began to arrive in the 1970s, local sound system owners took this as an opportunity to create a new sonic identity for the Afro-Colombian people of the Caribbean coast, bringing together these new sounds with salsa and Latin to create new genres like champeta and, later down the line, guarapo. Jim and Invernomuto describe this latter genre as “the natural answer of young generations of producers growing up in Barranquilla listening to musica Africana from the 70s: each guarapo song starts with a sample of soukous, rumba or related genres and suddenly becomes an obsessive, repetitive beat, constructed with a very small portion of drum breaks”. 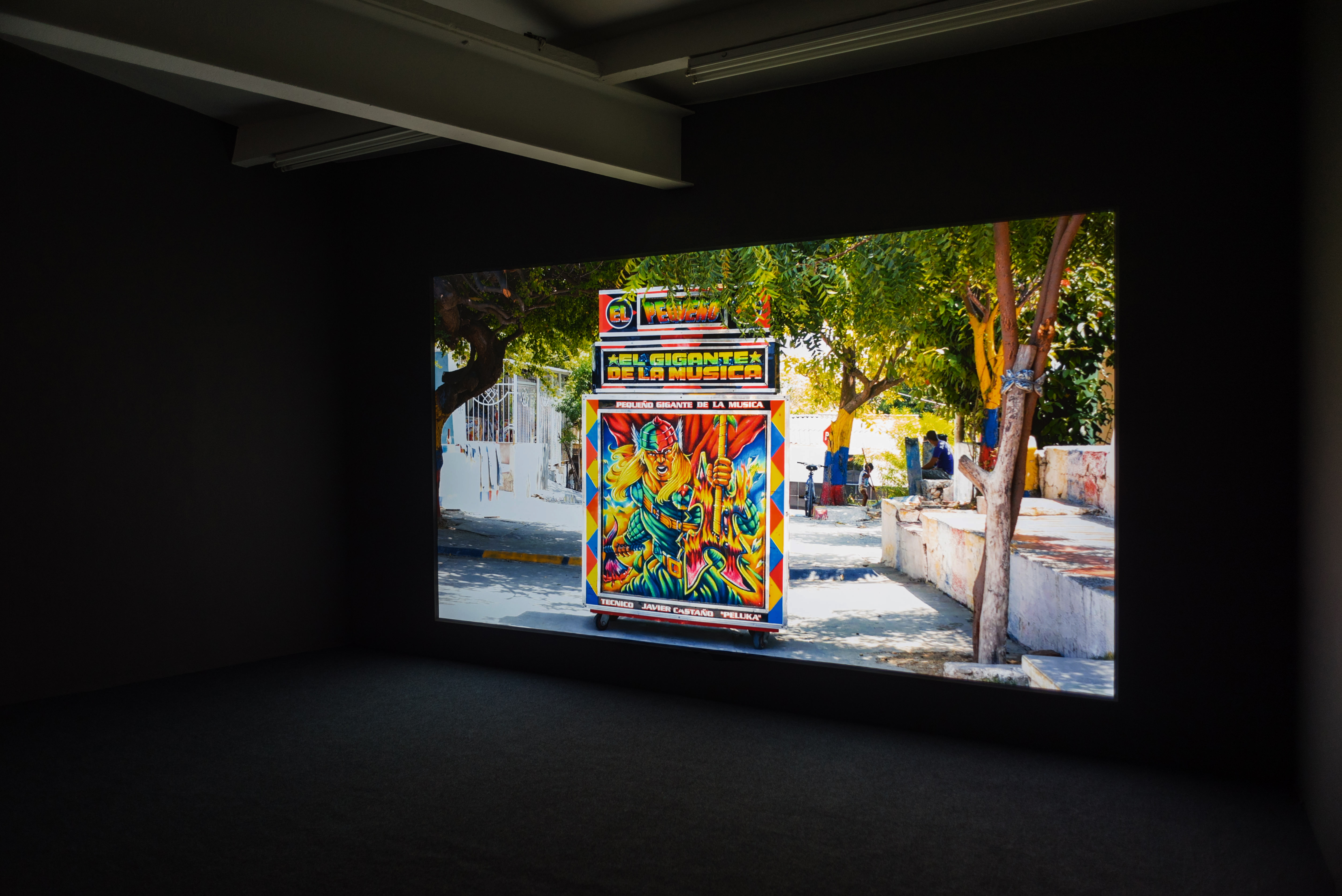 The sounds that these roving speakers blare out at neighbourhood block parties are obviously a cornerstone of picó culture, but just as important are their decoration. “Every sound system is decorated with drawings and icons, which define the identity of the picó,” say the artists, with the chosen illustrations ranging from kitsch Thor figures to “a red snake for El Rojo – La Cobra de Barranquilla, or a lion for El Isleño – El Leon de la Salsa. Most of these paintings were and still are realised by local painters”.

More than colourful local landmarks or local party starters, picós have come to represent a sense of cultural freedom, pride and autonomy in the context of a country starkly divided along racially-informed socio-economic lines. “Sound system cultures are always related to some forms of resistance, creating communities and redefining social relationships,” say Jim and Invernomuto. “The space of the verbena, historically, is the arena where Afro-Colombian heritage manifests itself… guided by the picó, which is the main protagonist.”ADVERTISEMENT

The film has also acquired fresh poignancy since it was first screened at film festivals in 2017, with a spate of restrictions on street parties in Barranquilla coming into place that very year. “But, like every sound system tradition, things evolve constantly, and the community adapts itself to it,” they continue. “Sound systems are able to resist through time, performing on the run, collecting and delivering stories through music and spoken languages. They cross eras, bringing a specific statement of resistance with them that feeds their own community self-consciousness, especially because the institutional information lacks enthusiasm in doing so. Afro-Caribbean music and oral traditions are the diary of a story that keeps being omitted or deleted.” 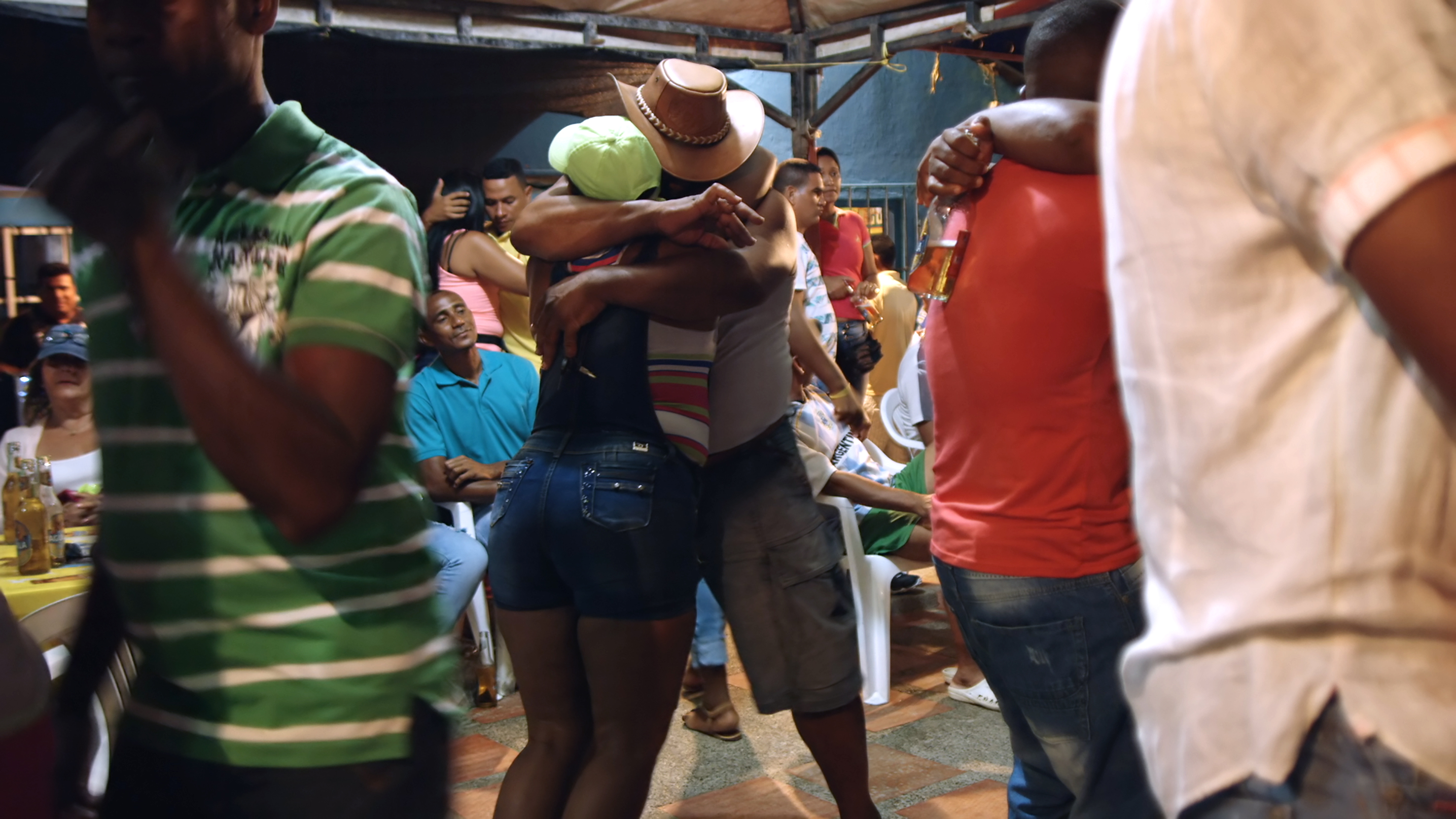 This story is one that the artists have continued to carry forward through a new public work installed on the gallery’s facade, Fiesta en Guacherna, Barranquilla, 2020. A vignette of a bustling of a street party scene, it depicts “how the younger generation is taking action to keep gathering despite the new Government rules set in 2017, which limit permissions on street parties,” say the artists. It illustrates a “cultural shift bringing verbenas from a familiar event played in the neighbourhoods to a capitalised version of the tradition, bringing the picós to clubs, festivals, arenas and television.”

With the low likelihood of any of us experiencing picó culture first hand anytime soon, the artists have also paired up with Auto Italia on a digital public programme, inviting DJs, musicians and artists to expand on the content of the film through a series of texts, commissioned mixes, radio shows and visual content.

“In general, we have tried to catch both historical aspects and contemporary expressions of today’s Barranquilla,” Jim and Invernomuto say. “A great example in this sense is Jeanpi Perreo’s session: he’s a young producer and singer from Barranquilla, part of EL REY LATINO sound system, whose innovative verbenas combine guarapo with benga and techno.”

Further contributions come from writers, artists and DJs — including Christelle Oyiri and a project founded by artists Melika Ngombe Kolongo and Curtly Thomas called Arkis Arkestra — who translate the spirit of picó to a wider Afro-diasporic sound and dance practices. After all, at a time when dancing again en masse seems painfully far away, it’s all too important to keep the flame alive until we can. 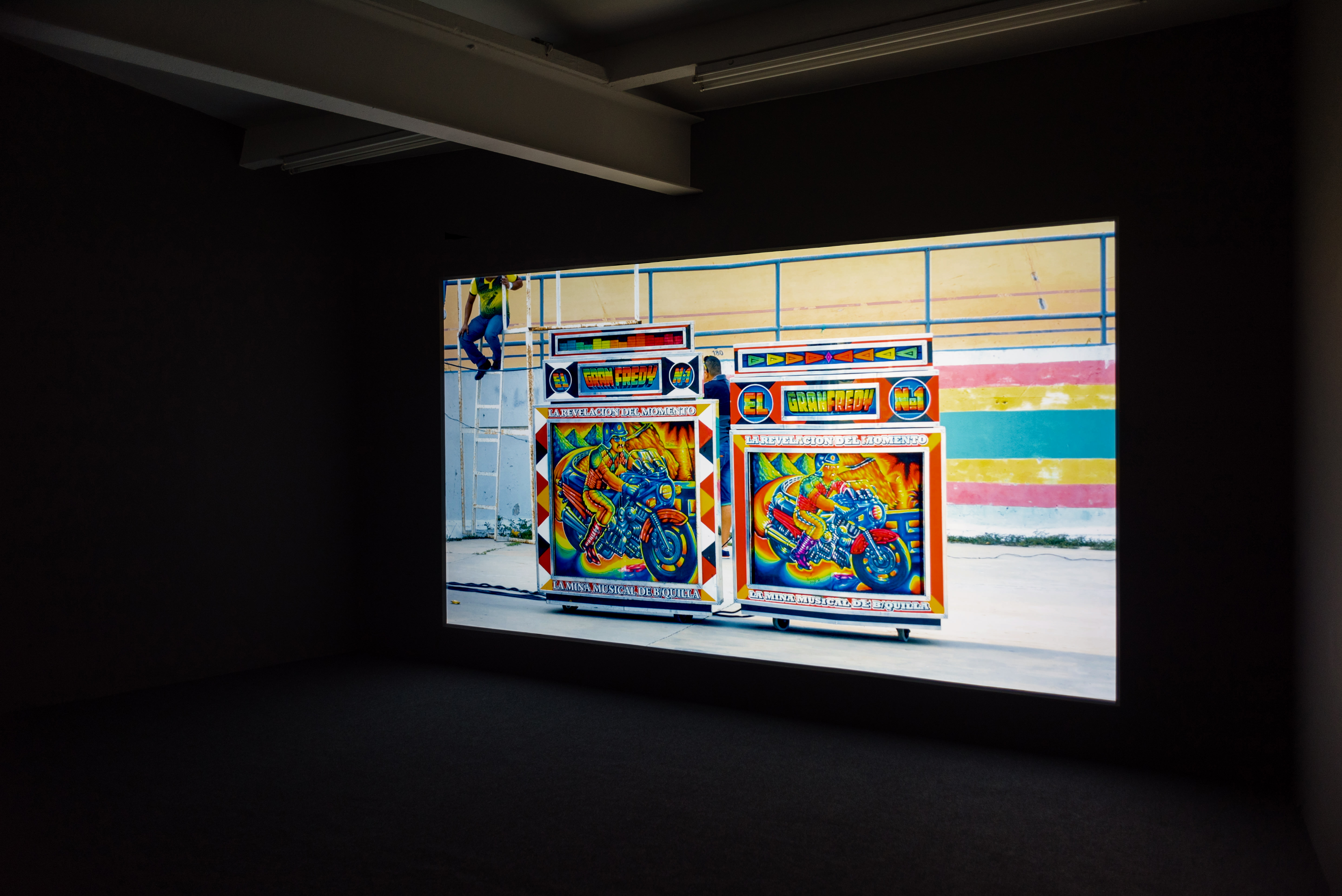