A report by Virginia Isaad for Remezcla.

Graphic novelist Edgardo Miranda-Rodriguez launched La Borinqueña in 2016. Now, the classic cover got a special makeover courtesy of graffiti artist John “Crash” Matos. The Puerto Rican artists from New York came together for two collaborations: a limited edition cover reprint of the first issue of the comic and a large canvas print.

The duo revealed the new cover art Sept. 2 on Instagram Live on the La Borinqueña page. The canvas measures 44” x 68” and will be auctioned off with 100% of the proceeds going toward the La Borinqueña Grants Program that supports non-profit organizations in Puerto Rico as they continue to rebuild after Hurricane Maria.

The iconic graffiti artist has been working since the 1970s and while his love for comics and cartoons has been evident in his work, this is his first time working on a comic book cover. After the two met through mutual friends, including Latin History for Morons actor John Leguizamo, Miranda-Rodriguez and Crash came up with the idea for the collaboration.

“Given [that] I self-publish my own graphic novel series and that the two of us are Boricuas from Nueva York, I thought that this collaboration was perfect,” Miranda-Rodriguez tells Remezcla. 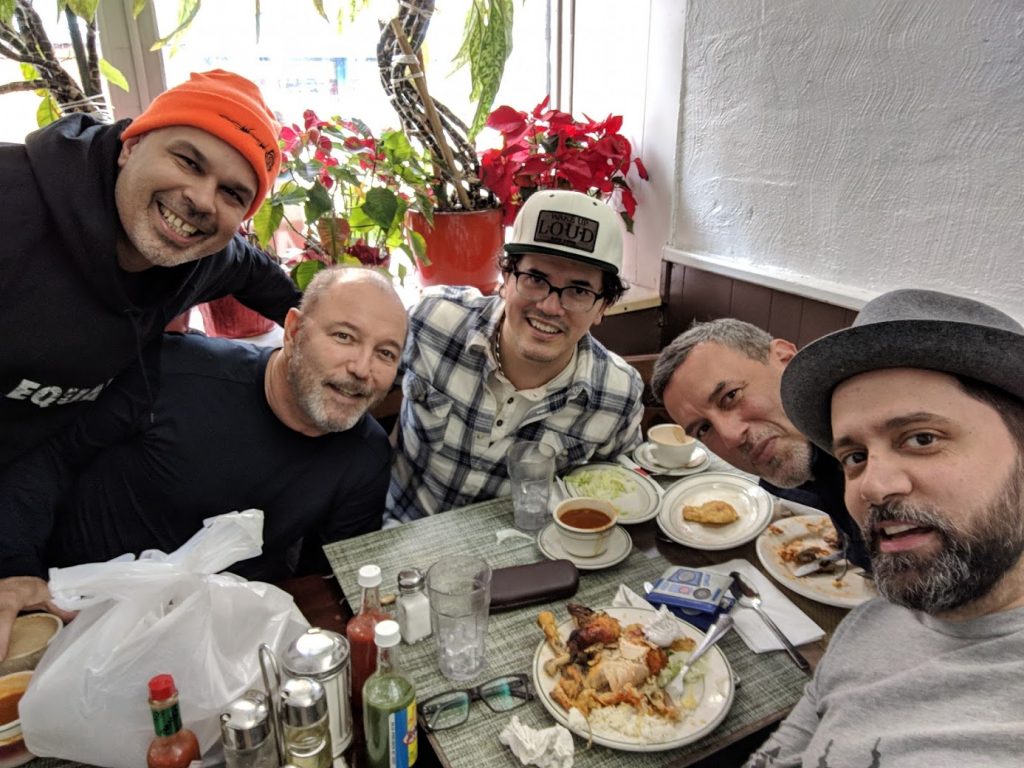 They made the big reveal at his gallery Wall Works in South Bronx where, according to Miranda-Rodriguez, hip hop culture got its start. The genre has greatly influenced both of their works so it’s fitting for them to debut their latest work of art there.

“As Boricuas, we were seamlessly part of the genesis of hip-hop culture in every element,” Miranda-Rodriguez said.

They’ll be selling a limited edition of the “Crash One + La Borinqueña” cover with only 200 signed copies. These will be available exclusively on their website. They’re also going to be selling merchandise inspired by this collaboration via their partner Fine Art Pop. The collective proceeds will benefit the grant program that was founded in 2018 and has awarded $165,000 to a variety of organizations including the preservation of Afro-Boricua heritage. “Porque hasta en Puerto Rico ¡las vidas Negras importan!” Miranda-Rodriguez says.

As you may know, the heroine of the comic is an Afro-Boricua born and raised in Williamsburg, Brooklyn who is known as Marisol Rios De La Luz. Before she gains her superhero powers she’s a student at Columbia University studying earth and environmental science. During a semester studying abroad at the University of Puerto Rico a series of events lead her to encounter the Taino mother goddess Atabex and Marisol gain superhuman strength, the power of flight and control of the storms.

“When you collaborate with someone, one must be very sensitive to the other person’s work and be aware of limitations. But I thrive in those moments and I had a great time working on the painting,” Crash tells Remezcla. “And what a nice plus that it will be sold with all proceeds going to a worthy cause.”