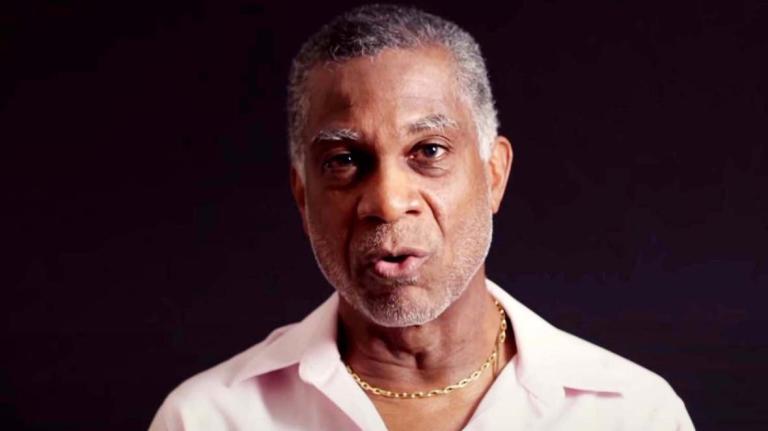 A report by David Walsh for The Times of London.

On Wednesday, Ken Essam, a reader of our sister newspaper The Times, was moved to comment on a report of an interview the former West Indies bowler Michael Holding had given to Sky Sports. “The last time I heard a speech like that it came from Martin Luther King,” wrote Essam. “I am so very embarrassed at the white-dominated society that I live in. His comments should be aired to a worldwide audience. Well-spoken, sir.”

Now a liked and respected commentator with Sky, Holding had spoken with passion about racism and offered Sky’s viewers a perspective that was at once powerful, damning and, at times, uncomfortable.

An example. “People tell me there is no such thing as white privilege — give me a break,” Holding said straight to camera. “I don’t see any white people going into a store on Oxford Street and being followed. A black man walks in, someone is following him everywhere he goes. That is basic white privilege. Whether the white person is going to rob the place or not, he is not thought of that way. And things have to change.”

By late Thursday afternoon, Holding had told his bosses at Sky that he didn’t want to do any more live interviews on the subject. “It’s draining and it’s not that easy a topic to talk about it,” he says. What lingered was the satisfaction that comes from saying what you feel, regardless of how it is received by others.

“I have been coming to England for donkey’s years and I have never ever expressed myself that way to anyone. I have a lot of good friends here in England and in Newmarket [where he has a house]. And I’m not afraid to be in their company. We are brothers or sisters and we have a good time. But I would still never express myself to them, as to how I feel about racism. I have just kept it to myself.”

There is a natural rhythm to Holding’s life. Summers spent on this side of the Atlantic, winters on the other. The idea for him to talk about racism was Sky’s. “I got a message from one of the top guys at Sky, telling me what the plan was. I sent that message around to a lot of my friends and said, ‘This is the reason why I am so proud to be working at this organisation’.”

As a young man, Holding concentrated on being one of the world’s greatest fast bowlers. Playing in England or Australia he came across many instances of racism, though never from rival players. The stuff that came from fans, he let it go. Why make a fuss when you will be back in Jamaica in four or five weeks, he told himself.

He was then a single-minded cricketer, concerned only about the arc of his career. That seemed right for the time. As the years passed, his view changed. When Sky asked him to do the interview, he was ready. The interview would be used alongside a similar piece with the first black woman to have played cricket for England, Ebony Rainford-Brent.

“They showed me what they’d done with Ebony and said, ‘this is the sort of thing we’d like you to do.’ I said ‘Fine, but I haven’t got Ebony’s experiences, I didn’t grow up in England. I didn’t face the racism that she faced but I would like to speak about the problem as it relates to all black people.”

Over the years Holding had watched the videos and been disturbed by what he saw; 12-year-old Tamir Rice shot because police mistook his pellet gun for a firearm. Eric Garner whose last words were I can’t breathe. George Floyd was the latest in a long list but so brutal, so avoidable and so graphically captured on video, it seemed different.

“When I saw them blatantly kill this man and the look on the guy’s face while he was doing it, almost as if he was squeezing the neck of a chicken that was going to be his meal that night. And the rest of the officers who stood guard to make sure that nobody could do anything about it. I said to myself, this is absolutely crazy. When Sky decided they wanted to get involved, I was so pleased.

“When I started to talk, it all came out. The video doesn’t show even half of what I said. I gave tons of examples of ill-treatment of black people and not just the ill-treatment but the brainwashing of not just black but white people. You have to brainwash people for them to believe what you want them to believe, whether they are black or white.”

Holding is married to Laurie-Ann, a white woman from Antigua. It’s offered an insight into unconscious racism. “If we turn up at a restaurant, the people there ask her if we have a booking? Sometimes when they bring the bill, they bring the bill to her. It is so ridiculous. And this does not happen in white countries only. We need to educate black and white.

“I go to the Bahamas and I get the impression that the people think Laurie-Ann is a tourist that has come to the Bahamas and picked up a little black boy. That is the way they look at us. There is no point in saying anything. They will say you’re imagining it but you’re not.”

Holding says Sky asked him what he really felt about racism and he was at that point in his life where he could give an honest answer. He thinks about George Floyd and as much as the killing itself was murderous and brutal, the attempt to assassinate Floyd’s character afterwards disgusted him. “People said he was ‘no saint’ as if that made it OK.”

Holding senses a desire for change. “I am a lot more hopeful than I was,” he says. “I see a lot of young people and young white people on the streets demonstrating. Years ago, when the first few demonstrations took place, it was mainly black faces and angry black faces. You don’t see as much anger now.

“I have been encouraged because irrespective of what black people do, you are going to need help from the white folks. If they don’t want to see change, nothing will change. They still have the power.”