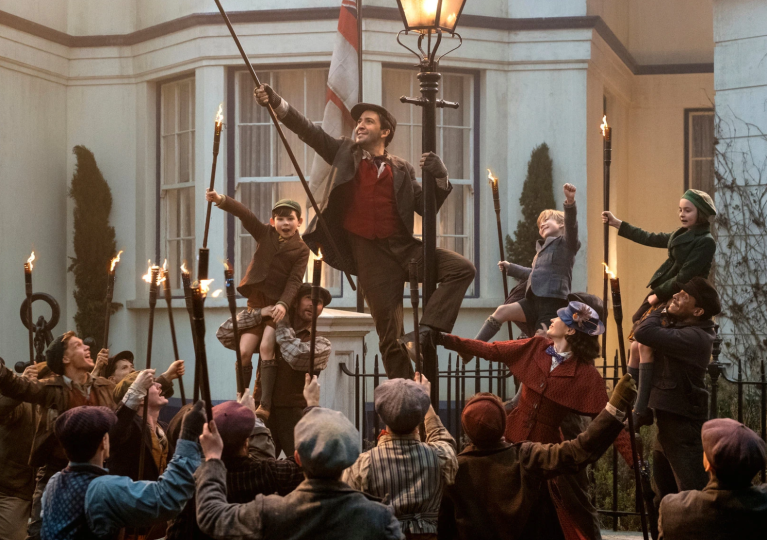 A report by Michael Paulson for The New York Times.

Lin-Manuel Miranda’s relationship with Disney started inauspiciously. He wrote a song on spec for a holiday show. The company rejected it.

“It was a holiday song, called ‘Holidays at Our House,’ and I will never play it for you,” he recalled recently. “It was not very good.”

But in the years since, the partnership has blossomed, so much that Miranda recently joked about the idea that Robert A. Iger, the company’s executive chairman, might burst into his house if he talked too much about an upcoming project.

The company and the composer have a mutual fandom. Miranda named his firstborn son Sebastian, partly in honor of the crab in “The Little Mermaid.” And Iger said that among the reasons he was interested in acquiring the live-capture film of “Hamilton” was that “I wanted to strengthen the partnership we have with him.”

That “Hamilton” film began streaming Friday, on Disney+. Here’s a timeline of collaborations between Disney and Miranda:

“I basically told them that I would run craft services to be part of the show,” Miranda told TV Guide. Instead, he was cast, by his own description, as a “pathetic loser” in an episode of “Modern Family.” The show aired on ABC, a Disney subsidiary.

He played Reggie the botanist in Disney’s “The Odd Life of Timothy Green.” Among his castmates: the rapper Common, who later told The New Yorker, “I will always remember us freestyling during lunchtime on the set and thinking, ‘Wow, this guy is talented.’”

On the night that the filmmaker J.J. Abrams saw “Hamilton,” Miranda introduced himself. According to both men, Miranda just blurted out an offer to write music for “Star Wars,” which Disney had acquired in 2012 as part of its purchase of Lucasfilm. Miranda “comes up to me … and he says, ‘Hey if you need music for the cantina, I’ll write it,’ and he walks off,” Abrams said in an interview with Jimmy Fallon. Miranda wound up contributing to two “Star Wars” sequels, co-writing with Abrams the songs “Jabba Flow” for “The Force Awakens” (2015) and the song “Lido Hey” (above) for “The Rise of Skywalker (2019). He also made an uncredited cameo as a pilot in the latter film. “I was working in Wales, and visited J.J.,” Miranda recalled in a recent interview with The New York Times. “I was just there intending to visit, and he said, ‘Do you want to put on a suit?’”

The week Miranda found out he was about to become a father, he was hired by Disney to write songs for “Moana.” He won a Grammy for one of them, “How Far I’ll Go.” “I feel very grateful that we managed to create a Disney heroine who isn’t looking for a boyfriend,” he told The Los Angeles Times. “She’s saving her family, she’s saving her island, she’s saving the world.”

He voiced Gizmoduck and his alter ego, Fenton Crackshell-Cabrera, in Disney’s “DuckTales” reboot. “We looked at the original character, as we do with all of our updates, and thought, ‘Well OK, he talks a mile a minute, he’s got 100 plans at once, he’s impossibly earnest, and he wants to do what’s right’,” Francisco Angones, one of the show’s writers, told Entertainment Weekly. “So we said, ‘Oh, that’s Lin-Manuel Miranda.’”

Miranda starred in “Mary Poppins Returns” as a Cockney lamplighter, an old friend of the title nanny, dancing and singing in several numbers, most memorably “Trip a Little Light Fantastic.” “As a child, of course, you’re just dazzled by the fantasy of this umbrella-wielding nanny and the world that she conjures,” he told Vogue, “but as an adult, you realize that the narrative is a modern-day fable about the importance of family above all else, particularly in times of hardship.”

“We Are Freestyle Love Supreme,” an 82-minute documentary about the improvisational rap troupe Miranda co-founded, is to be streamed by the Disney-owned Hulu starting July 17. (The premiere was delayed in solidarity with the Black Lives Matter movement.) The filmmaker, Andrew Fried, began following the group in 2005; the troupe had a run on Broadway last fall and winter. “Freestyle Love Supreme probably has shaped my writing more than any other creative endeavor I’ve been a part of,” Miranda told The Times in 2018, “because it’s writing in real time in front of an audience with nothing but your brain and your friends.”

Still to come: Songs set in Atlantica, and South America

Miranda has two major Disney films in his future.

He is collaborating with the composer Alan Menken on new songs for a live-action remake of “The Little Mermaid.” The film, which Miranda is co-producing, is to star Halle Bailey as Ariel, and the cast includes Melissa McCarthy, Javier Bardem, Awkwafina and Daveed Diggs.

And, working with some of the alumni of “Zootopia,” Miranda is co-writing a new animated musical film, still untitled but set in Colombia, for Walt Disney Animation Studios.

One thought on “Lin-Manuel Miranda and Disney: Timeline of a Collaboration”