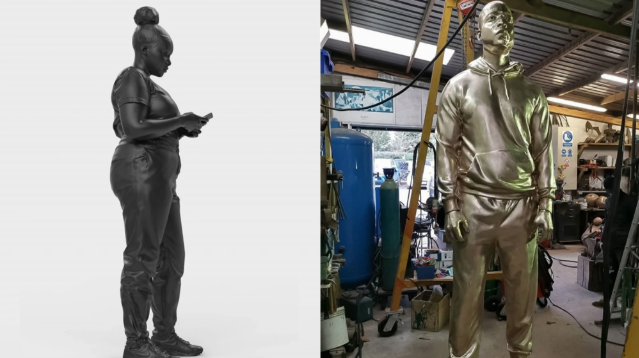 A report by Roisin Lonigan for I.D. Vice.

As we near the 72nd anniversary of the arrival of the Empire Windrush, Thomas Price and Veronica Ryan have created historic sculptures to celebrate the African Caribbean diaspora in East London.

It’s hard to believe that it’s taken until the middle of 2020 for Britain (and the rest of the world) to begin to grapple with its racist past. As Black Lives Matter protests have begun all around the globe, international attention has turned to how the establishment have celebrated slave owners, colonialists and racists through the medium of statues. Change has slowly — painfully slowly — but surely, begun to happen. Last week, Oxford University announced, after years of campaigning from activists, that they would be taking down a statue of Cecil Rhodes. President Roosevelt is being removed from the entrance of the Smithsonian, and debate has raged online over the effigies of Winston Churchill and Oliver Cromwell in London.

But if you take the art down, the argument goes, what do you replace it with? Well, the short answer is: better art.

Art like the sculpture created by Thomas Price, commissioned by Hackney Council, to commemorate the Windrush generation. Thomas’s bronze sculpture, created using photo archives, observations and digital 3D scans of Hackney residents, will be placed outside the London borough’s Town Hall In 2021. Described as a larger than life physical representation of the African Caribbean diaspora, Thomas’s work is a bold celebration of the legacy and cultural influence of the Windrush Generation. It also asks us, the viewer, to address the disproportionate lack of statues representing black people in the UK.

“The Black Lives Matter protests have woken the wider public up to the significance of the monuments and statues that have been chosen to represent society throughout history,” Thomas says. “I think that by now taking the decision to represent those who have previously been overlooked, or stigmatised we get to prove that we as a society do indeed have empathy, we show where our true values are and that we are willing to move towards positive change.

“I’ve been working around this theme for almost two decades and so to have the opportunity to celebrate the legacy of the Windrush Generation and create a work that can be a beacon of visibility for black people in general, as well as a reminder of the diversity that the UK is built on, is a great honour.”

Thomas’s sculpture is part of a project by Hackney Council to honour the Windrush Generation, the first of permanent public sculptures of this kind in the UK. Alongside Thomas’s statue, Hackney will also host a series of sculptures by another artist, Veronica Ryan, that will represent Caribbean fruit and vegetables, inspired by east London’s historic Ridley Road market. “I have memories of going to Ridley Road Market with my mother as a child to buy fruit and vegetables, fabrics, and sewing materials,” Veronica explains of her work. “Little did I know, those early experiences would become essential material for my practice as an artist. I remember as a toddler during the 1950s the difficulties my young hopeful parents from Montserrat dealt with, navigating a new country and often inhospitable circumstances.” 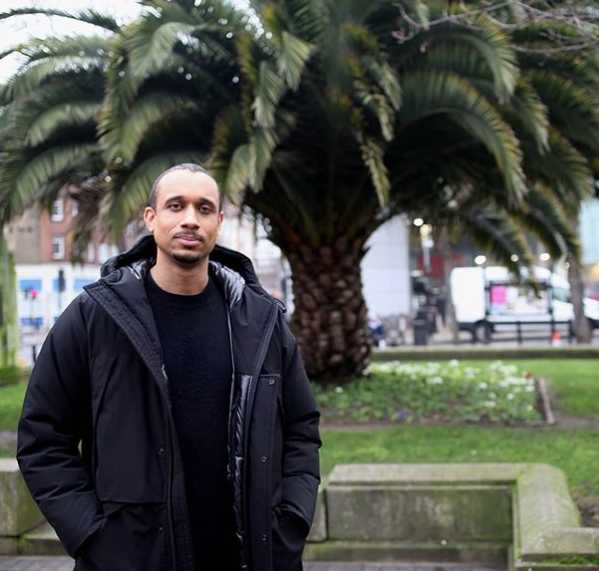 Thomas and Veronica were selected via a panel of judges including Hackney residents, artists, Windrush campaigners, architects and local politicians put together by Hackney Council, as part of the council’s decision to review the role of statues and the naming of landmarks, street names, parks and other public spaces to ensure they best reflect Hackney’s diversity and history of fighting racism. The announcement of the artworks, coming today on Windrush Day 2020, is the result of two years of work in collaboration with 3,000 Windrush elders and their descendants on intergenerational activities in areas of arts, heritage, sport, health and education. The programme has given African Caribbean elders a voice and reconnected younger generations with their heritage.

“We’re very proud to be home to one of the largest black British populations in the UK,” Cllr Carole Williams, Hackney Council’s Windrush Lead and Cabinet Member for Employment, Skills and Human Resources says. “We’re committed to recognising the ongoing contributions they bring through celebration, support and honour… To see Hackney become home to two new pieces of art belonging to two different generations of the Windrush community is something we take pride in.”

“Hackney is a place I know well and is close to my heart,” Thomas adds. “This is an amazing opportunity to show how people connected to Windrush are part of the very fabric of this country.”