A report from MENAFN.

Costa Rica is rich with pre-Columbian treasures that  presents us with a valuable cultural tourism option. Looking back and discovering the way our ancestors lived, through various pieces of art, is also an incredible option to learn more about our history.

Here are some of these wonderful pre-Columbian crafts that you admire on your next visit to our Country:

The indigenous cultures of Costa Rica produced great abundance of artistic diversity during the pre-Columbian era . The artistic creators demonstrated a great burst of imagination, which allowed them to express their inner world through different techniques in ceramics, stone, jade, gold, shell, bone, etc.

Producing sophisticated works of art that they were most of the time destined for the great elites of indigenous societies , who through its possession and ritual exchange, demonstrated their status as rulers, giving them sacred powers and authority to rule the destinies of the tribes.

It occupies the Pacific coast of Nicaragua and the North Pacific of Costa Rica. The Costa Rican sector is known as the southern subregion or Guanacaste . It currently corresponds to the province of Guanacaste and the northern part of the province of Puntarenas. This region was characterized by the Nicoya culture, with a strong Mesoamerican influence.

Greater Nicoya was a subarea with an established cultural center, which flourished for at least 2000 years. The art of the Great Nicoya stood out for its unmatched polychrome ceramics, which possess outstanding aesthetic qualities with a strong influence from Mesoamerica, whose tradition persists to this day in the artisans of the town of Guaitil in Guanacaste.

A large amount of the jades of Costa Rica also come from this area, especially the ax-gods and the bird-shaped earrings. In lithics, it highlighted the elaboration of the Nicoyan ceremonial metate, sculpted in stone and characterized by the presence of effigies sculpted from the heads of jaguars and macaws, which makes it unique in Mesoamerica.

It covers the southern Pacific of Costa Rica and much of Panama . The Costa Rican sector is known as the Díquis subregion. It is the area par excellence of the country’s metallurgical production, due to the discovery of abundant and varied pieces of pre-Columbian gold.

It stood out especially for the elaboration of stone spheres, a sample of the advanced development of sculpture, and currently considered a World Heritage Site and national symbol of the country. 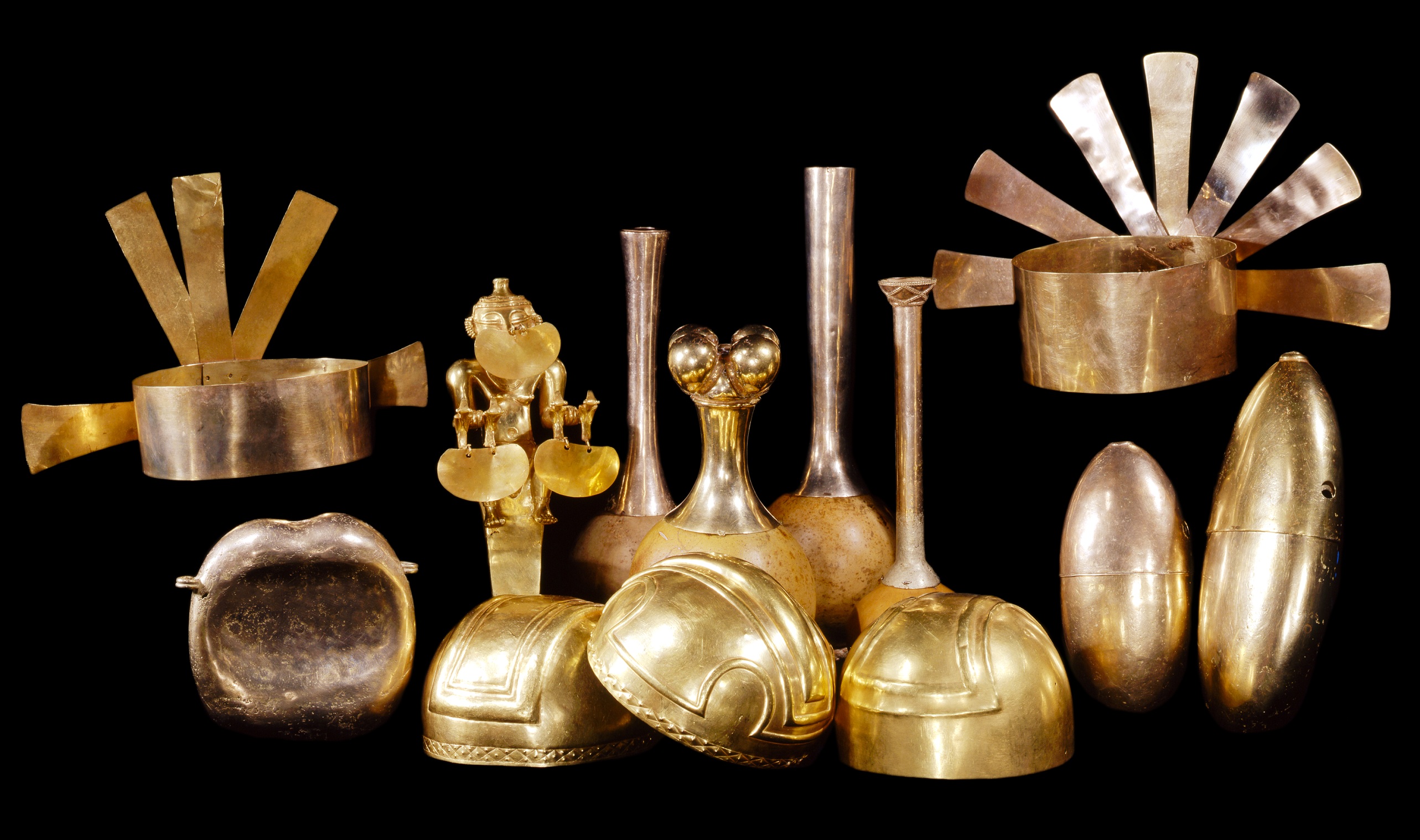 This is located in the central part of the country, it corresponds to the Central Valley, the central Pacific and the Atlantic Slope of the country. This region stood out mainly for its lithic in volcanic stone and its goldwork.

The autochthonous societies of the Central region reached a high development in statuary, manifested by the creation of stone warriors with trophy heads and other subjects.

The hanging panel tripod metate was its most defined artistic manifestation, unique and outstanding expression of the aboriginal peoples of the Central Valley and the Caribbean .

In metallurgy, animalism and anthropomorphic forms abounded, with a strong influence from the Quimbaya culture of Colombia . Large amounts of jades have been recovered, especially from the Atlantic subregion. The tripod vases of the Central Caribbean are the most important ceramic manifestation of this region, being an essential cultural heritage of Costa Rica.

Nicoyan pottery is the most representative art of the culture of Gran Nicoya . Due to its quality and finish, it became a precious product of commercial exchange with other regions of Mesoamerica and South America.

The manufacture of Nicoyan ceramics was a specialized task in which both the artist’s sensitivity and the need to acquire a utilitarian good intervened. The main manifestations of this pottery occurred in the production of vessels of various styles, in which polychrome pottery stands out, with Mesoamerican motifs, from 500 AD , as well as collections of musical instruments, censers and anthropomorphic sculptures made of clay.

In the Central Atlantic region , ceramics were distinguished for being bichrome. The production of a series of tripod clay vases, made in two phases between 300 BC and 800 AD, is especially notable.

These containers are oval in shape and are tripod supported. These supports are characterized by their rich decoration, with motifs of animals or sacred characters. Generally, these supports were hollow, in order to introduce clay balls to make them function as rattles. The tripod vases of the Central Caribbean of Costa Rica have an essentially ritual and funeral function.

Between 700 AD and until the arrival of the Spanish in 1502, in each geographical and cultural region of Costa Rica, various manufacturing centers for metal objects emerged, with gold and copper as the main raw materials.

It has been able to identify particular styles in these different regions, especially highlighting the pieces produced in the Central Atlantic Region and the South Pacific (Diquís).

Costa Rican indigenous societies used these gold objects as signs of rank and power, being used as ornaments or insignia by people who held important positions in the religious and political structure of these groups. They were also used as exchange pieces and as funeral offerings, gradually replacing jade.

Between 500 and 700 AD, the indigenous peoples of Costa Rica made jade pieces from jadeite, nephrite, serpentine and other green stones, using indigenous techniques and motifs, although with some foreign influences ( Olmec, Mayan, San Agustin culture ).

They were used as personal ornament and later they were destined as part of the funeral trousseau of individuals, associated with individuals with social rank and/or with the presence of mythical-religious elements.

Decorated using abrasive action with stones and water, scraping or graffite, in which incisions, openwork (grooving) and polishing were made. The figures represented shamans, birds, bats, lizards, and others. Later, jade would be replaced by gold as a symbol of power between A.D. 700 and 1502.
Resonance has been created to bring together a community of digital nomads, entrepreneurs, innovators, wisdom keepers, alternative thinkers, mentors and light leaders from all over the planet to bridge the gap between demanding work and living a lifestyle that offers the opportunity to live and work in an environment that is nourishing and supportive.