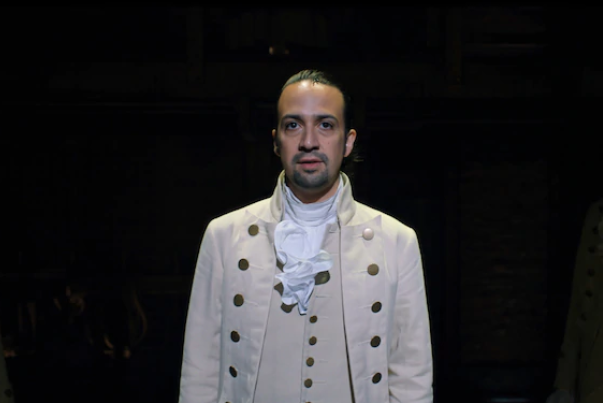 A report by David Betancourt for The Washington Post.

That pride, for those who don’t know, is instilled at an early age, as it was for me. It’s the daily Puerto Rican Day Parade of your mind, or as Kanye West put it, “Puerto Rican Day Parade floatin’.” It’s your abuelos demanding you always know and never forget where they came from (in my case, Mayagüez and Ciales). It’s Roberto Clemente’s rocket arm and humanitarianism.

It’s Rita Moreno in everything she does, and listening to Frankie Ruiz sing “pues boricua me hiciste, hasta la muerte” and wondering how music can sound so amazing. It’s Rosie Perez and that one-of-a-kind voice. It’s Ricky Martin, Jennifer Lopez and Marc Anthony shaking their bon-bons and singing their hearts out in the Latin music invasion of the 90s.

It’s your titi calling to let you know she cooked arroz amarillo (yellow rice) because she knows you won’t be able to resist making a visit.

It’s thinking the Puerto Rican World Baseball Classic team can’t possibly top a double play with the bases loaded on a ball hit to the outfield against the almighty Dominican Republic — only to later in the game see Javier Baez catch a laser from home plate by Yadier Molina to stop an attempted stolen base while not looking at the runner.

It is a special feeling, and one that comes over you in bunches when viewing Lin-Manuel Miranda’s monumental achievement through Puerto Rican eyes.

Now streaming on Disney Plus, “Hamilton,” regardless of all the flaws of the Founding Fathers, is about the possibility that America creates. And that possibility allowed a New York-born Puerto Rican and the most diverse Broadway cast you’ve ever seen to reimagine the country’s founding through the voices of the same people of color who protest for equal treatment in the United States to this day.

The American Dream is uniquely connected to the Puerto Rican experience. Because despite what the recent federal response to a hurricane disaster on the island might mislead you to believe, Puerto Ricans are 100 percent American.

It’s a heartbreaking deal with unlimited potential. America is there for any Puerto Rican that wants to give it a try. All they have to do is leave paradise.

Miranda perfected two of the greatest American art forms (rap and musical theater) to tell the story of another Caribbean descendant who deeply impacted America. That might not be what Miranda’s father had in mind for his future son when he left Puerto Rico for New York at age 18, but surely he had to know anything was possible.

Mind you, that is not an easy decision to make, as the mainland does not wait for Puerto Ricans with open arms. In 2020, you can find viral vitriol showing Puerto Ricans being criticized for daring to speak Spanish, all while being called Mexican. So many stateside Puerto Ricans don’t speak Spanish because their parents and grandparents were scared to teach it to them, for fear of those exact type of confrontations.

To leave an island and a people who love you because they are who you are — for that? For the potential of an American dream that has yet to become a guarantee? That’s the type of bravery, exploration and determination that helps give birth to “Hamilton.”

For stateside-born Puerto Ricans, to see Miranda rapping about taking “my shot” like he’s Carlos Arroyo in the 2004 Summer Olympics is to take pride in the people who decided your life would be one of two entirely different worlds. It could’ve been your parents. Your grandparents. In my case, it was my great grandfather, Rafael Betancourt, who came to Washington from Mayagüez and raised his family in Mount Vernon.

Miranda’s ascension to superstardom is the embodiment of the Puerto Rican-American Dream. When you watch the end of the “Hamilton” trailer and see an animated, black-silhouetted Miranda point his finger to the sky to complete the formation of a black star, in the same shape of the lone star that decorates the Puerto Rican flag, that is what the dream is all about.

For another heartfelt example of Puerto Rican pride, look no further than the heroes who inspired Miranda. He looked to the late, legendary Puerto Rican rapper Big Pun for guidance when forming his voice as Alexander Hamilton. (You can watch him discuss this on “Hamilton: One Shot to Broadway” on Amazon Prime Video.) When he brought “Hamilton” to Puerto Rico to put more eyes on an island in need of relief, he rapped and nodded his head to the Miles Morales theme from “Spider-Man: Into the Spider-Verse” backstage before a rehearsal.

Few things get Puerto Ricans hyped like their very own Spider-Man. Trust me on this one.

Miranda also used his voice and the power of “Hamilton” to back the Black Lives Matter movement, saying on his social media platforms: “That we have not firmly spoken the unarguable truth that black lives matter and denounced systemic racism and white supremacy from our official Hamilton channels is a moral failure on our part.”

Latinos should not only look to this sentiment of unity but also acknowledge blackness within our culture instead of subscribing to the myth that blacks in Latin America don’t exist.

As I and many Puerto Ricans prepare to watch “Hamilton” for the first time, we’ll know we are made of the same magic that helped bring it to life. A Puerto Rican’s pride will always be what powers them. Why?