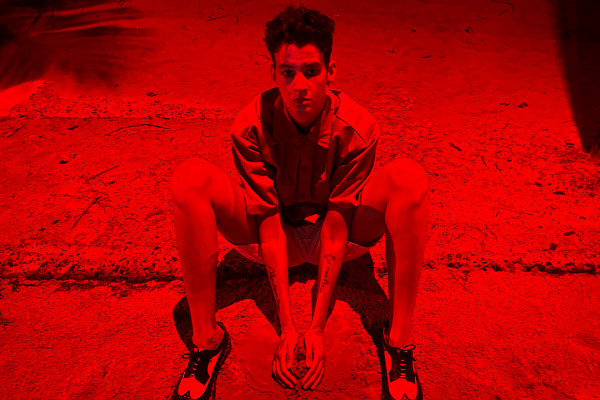 Rita Indiana—Dominican author and singer based in Puerto Rico—recently released her new single, “Miedo,” in celebration of the LGBTQ community during Pride Month. Read original article and watch the music video at Latino Rebels.

Rita makes a connection between the latest track about a passionate love so strong it’s scary and the feeling of fear the LGBTQ community overcomes and conquers daily.

“We celebrate Pride with a reggaeton track about a love so strong it’s scary,” Rita says. “For the LGBTQ community, fear is something to be conquered every day. Fear of violence, rejection and injustice. This song is for my community, for whom love has always been a heroic trait.”

With electrifying strings, crazy synthesizers, and a soothing, almost melancholic voice, “Miedo” is the third single to preview Mandinga Times, Rita’s first album in 10 years. The album, set for release on September 8, was produced by her San Juan neighbor Eduardo Cabra of Calle 13.

Since the release of her breakthrough album El Juidero in 2010, Rita has focused primarily on her literary career with highly regarded novels such as PAPI and Tentacle. Both her musical and literary works explore and deconstruct ideas about the contemporary Caribbean identity, gender, class and race, through a masterful fusion of pop music and rhythms from across the African diaspora.

[Photo above by Noelia Quintero.]

For the original article and music video, go to https://www.latinorebels.com/2020/06/26/ritaindiananewsingle/