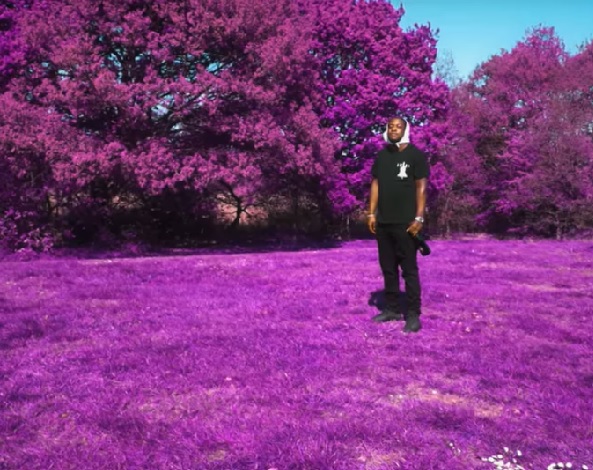 Kojo Funds (real name: Errol Bellot), an English singer whose parents hail from Dominica and Ghana, blends West African and Caribbean sounds to create his own brand of Afro Swing. The Voice Online reports on his new single, “Vanessa.”

King of Afro Swing Kojo Funds returns with a huge comeback single, Vanessa, released via GRM Daily. It’s the long-awaited return fans have been yearning for, and apparently it won’t stop there as he’s due to release more music this year.

The single pays homage to a pretty girl called Vanessa, who he is trying to woo. The romantic- lead single, brings a hot, summer-time vibe with a catchy hook and Kojo’s undeniably, unique delivery and sound. Vanessa is tinged with Kojo’s melodious flow and a UK Afrobeat sound that he is most famous for.

The video captures the essence of the track, with Kojo Funds in a beautiful purple field with the same coloured trees as he walks around with a bottle of Belaire, moving also to shots of him with the girl in question trying to get to know her.

After arriving onto the scene in 2016 with Dun Talking, a track that catapulted him into the forefront and was met with an all-star remix afterwards featuring Fredo, Yxng Bane, Frisco and JME, he went onto release a slew of tracks such as Warning, Check featuring Raye, Who Am I ft. Bugzy Malone and many more. He’s also featured on a host of tracks such as Yxng Bane’s Fine Wine which was certified silver by the BPI, and on Mabel’s Finders Keepers which reached number 8 in the UK Official Charts Company Singles chart.

Kojo Funds has racked up over 10 million streams and 10 million YouTube views globally and after a brief hiatus from the scene, he is set to return with some of his best music to date.

Listen to “Vanessa” at https://www.youtube.com/watch?v=e60QbHBEMHw&feature=emb_title