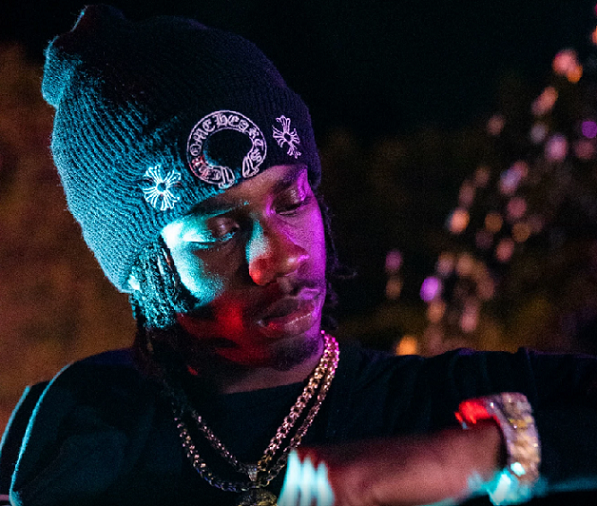 Houdini’s hustle knew no bounds. The first time we spoke, he called me directly on my cell, minutes after I sent him an email asking what his plans were for 2020. I wanted to feature him in Complex Canada’s annual 20 Artists to Watch Out For list; he wanted to make sure I was a real person. Once the rapper got the confirmation he needed, he listed off his year’s objectives like a litany. There were too many for me to write down.

Unfortunately, he only got to cross off a couple of those goals. Houdini, born Dimarjio Antonio Jenkins, was shot dead in Toronto’s Entertainment District on Tuesday afternoon. He was 21.

His slaying is the latest in a profoundly sad trend of Toronto rappers losing their lives to senseless gun violence. A trend that’s become tragically familiar—apparently so much so that it’s easy for some to trivialize these deaths, as the Toronto Sun did Wednesday in their tasteless headline about Jenkins’ passing. But while the Sun might paint Houdini as just another rapper-turned-statistic who had it coming thanks to hip-hop’s tendency to “applaud gang culture”—and quote fake Drake lyrics to illustrate their point [Editor’s note: the article has since been pulled]—we know better. The real story here is that Canada has lost a wildly gifted, singular talent; one with the potential to blow up big time—potential he was only just beginning to unlock.

Something else we know: Houdini was incredibly ambitious. When he initially called me, he mentioned he was living in L.A. and attempting to further his career. The artist, who grew up in Toronto’s Driftwood area, said he hoped to stay out of his hometown for “safety reasons,” but worried he would have to return due to difficulties renewing his artist visa. In the meantime, he was doing what he could in the U.S., meeting with labels and networking. “You can’t expect Americans to know about Toronto’s underground and shit. They’re not even in the country—it feels like they don’t even know what the country is,” he told me when I interviewed him for this publication in March. “So I just fly out. I’ll go to the events that people are at. I’ll be at these functions and just put myself out there. Once people see a face, they know what’s up.”

Though he noted that rappers in Canada lacked the infrastructure necessary to succeed, Houdini nevertheless believed he was destined for greatness. He had faith in his own talent and swagger, and felt he was unique enough to break out. “I don’t try to sound like anyone else,” he said. “I have a different approach. I have a message to relay. It’s not just all about sounding good and having bars and shit. I just know what people want to hear.”

He wasn’t kidding. In Houdini’s short career (he began rapping in earnest in 2016), the monster numbers he racked up spoke for themselves. He was one of Canada’s most-streamed independent rappers, boasting over 330,000 monthly listeners on Spotify, and 19.2 million plays last year alone. All that without the backing of a promotional machine. Dude didn’t even have a publicist—he phoned journalists himself.

Being a self-starter was something Houdini took pride in. Despite receiving offers from various labels in L.A., he eventually opted to stay independent. He said his ultimate goal was to make it big without a label or management. One of his most popular singles, after all, was called “Myself.” Some of his motivation, he admitted, was financial—owning all his masters meant making more money. But he also enjoyed the creative freedom being independent afforded him. When you’re unsigned, “you could do shit,” he said. “You could drop a tape and if it flops, no one really cares. But if you’re signed and you drop an album and it flops, that’s a big deal.” It was an environment that allowed him to take risks, bend conventions, and carve out his own lane.

Houdini’s greatest gift was his knack for effortlessly catchy flows. Dynamic earworm melodies dripped out of him naturally, like sap from a tree. The kid had music in his blood. He wielded one of the better vocal ranges in Toronto rap, able to shift gracefully between octaves, but also boasted a preternatural sense of song. In his studio sessions, he would often enter something like a flow state, improvising all his parts on the spot. “I stopped writing a long time ago,” he said. “I freestyle my shit. Everything’s just off the top. It comes out better like that.” [. . .]