This rare Trinidadian rum doesn’t come cheap
A report by Elizabeth Heap for 10 Best. Our thanks to Peter Jordens for bringing this item to our attention.

Vincent Van Gogh sold just one painting during his lifetime. He toiled in obscurity and poverty, only to be appreciated after his death. Once art collectors started to realize the value of his work, it was scooped up, and now a Van Gogh piece rarely comes on the market.

Several years after a little-known Caribbean rum distillery shut down for good, it’s having a Van Gogh moment.

The Caroni Distillery in Trinidad was state-run, producing heavy rums made from its own sugarcane crops. At its height, the sugar refinery and distillery employed more than 9,000 workers. Caroni was the preferred rum of the British Navy, but the lads apparently didn’t drink enough of it to sustain Caroni’s labor-intensive, unindustrialized methods of farming, processing and distilling. 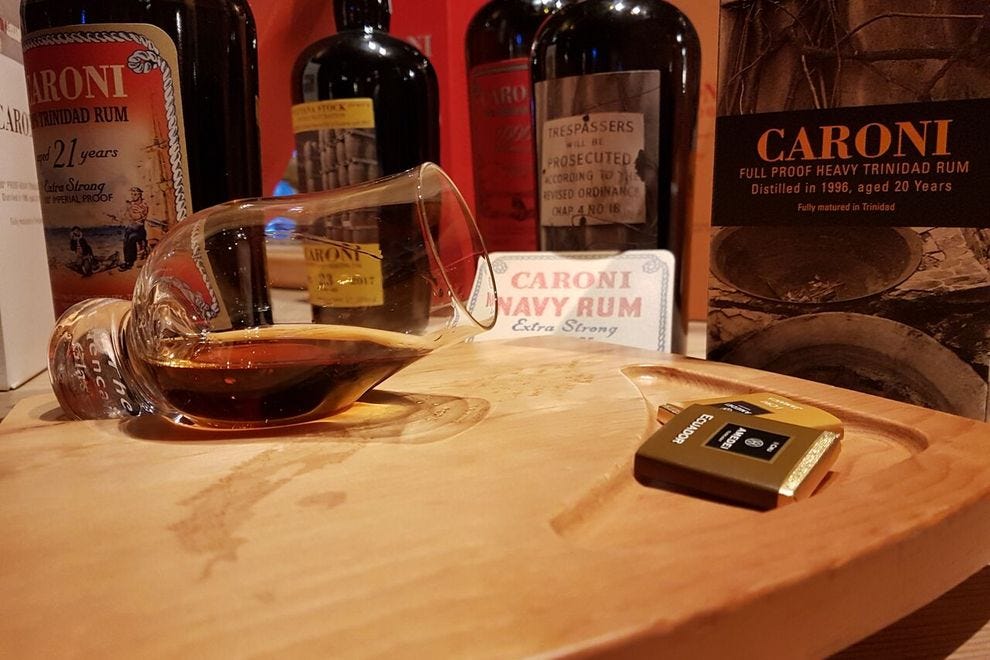 After years of being subsidized by the Trinidad and Tobago government, the sugar-growing industry on the island collapsed, and in 2002, the distillery soon followed suit. Caroni died, and no one outside the island seemed to take much notice, until a chance discovery breathed new life into the brand.

In 2004, Luca Gargano, the head of Velier, a Genoa, Italy-based importer and distributor of fine wine and spirits was in Trinidad on a research trip. He stumbled across the shuttered Caroni distillery and was led, Indiana Jones-style (or was it Jack Sparrow-style?) to a boarded-up warehouse and shown thousands of wooden casks of rum, some dating back as far as 1974. 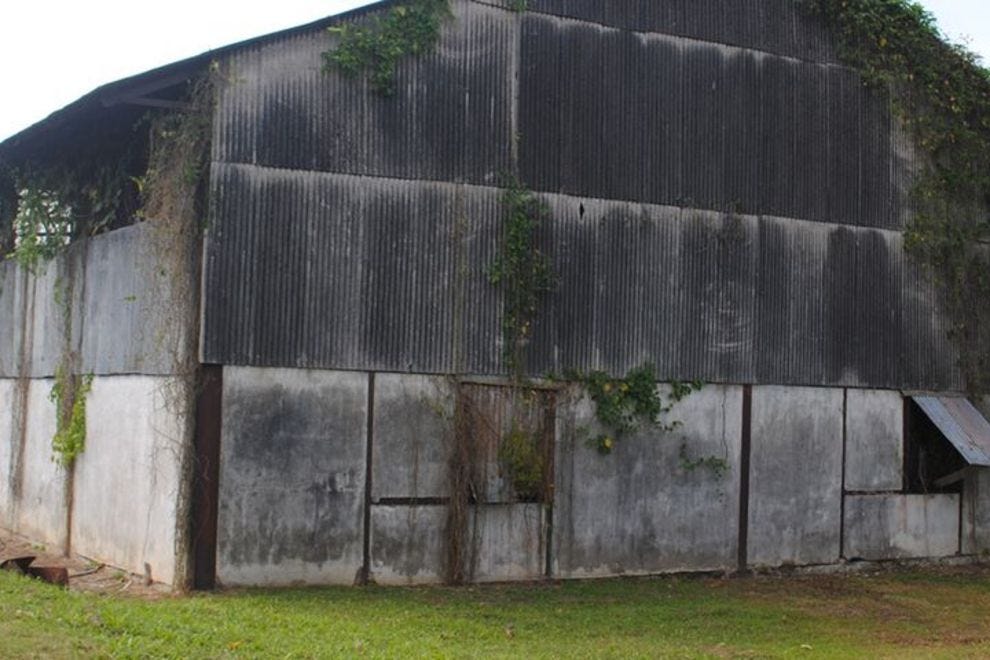 Gargano bought up all the barrels, shipped some of them to Italy and left others to mature in Trinidad. Velier has been releasing small batches of Caroni to the market ever since, and for rum connoisseurs, Caronimania is officially a thing.

Caroni’s cachet grew once collectors started realizing that supplies were limited and the quality was very high. A bottle that might have sold for around $30 in the early 2000s now sells for closer to $400 – and some bottles can go for more than $1,000. Velier releases just two or three bottlings a year that may yield just a few hundred bottles total.

Stefan Lercher is a bona fide Caronimaniac whose work allows him to cultivate his passion for Caroni. He’s head barman at Hotel Quelle, a luxury spa resort in Italy’s Dolomite Mountains. It might seem an unlikely place to find an extensive collection of Caroni rums and other rare spirits, but the hotel’s high-end clientele have come to expect that Lercher will surprise them with liquors they can’t find elsewhere, especially not by the glass.

The hotel bar offers a selection of 10 varieties of Caroni. They’re not listed on the bar menu; instead Lercher knows how to spot the connoisseurs among his guests, move on them with the secret handshake and seek to win them over to Caronimania. 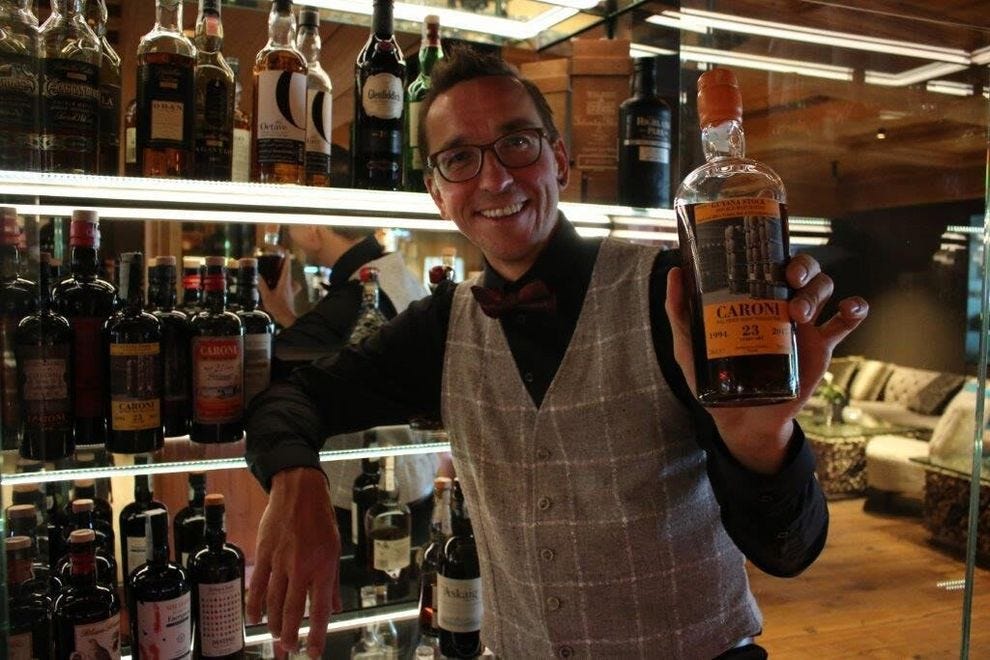 Holding a prized bottle of Caroni

“It’s not a rum for everybody,” says Lercher. If drinkers are accustomed to sweet rum, then dry Caroni – which is cask-strength, meaning it’s not diluted or blended once it’s aged – might make them shudder.

This is a collectors’ rum, not for cocktails with paper umbrellas and pineapple wedges, but for snifters or small grappa glasses, to be sipped, not slammed. Lercher wouldn’t think to dilute it with soda water or even ice.

“It’s a question of romance, a question of respect,” Lercher says. “This is a sacred distillery. If you add even one ice cube, you’ve just reduced the value of the rum.”

The only suitable accompaniments? A fine cigar (like one that costs as much as the rum), or maybe a piece of dark chocolate. “It is a party after all,” Lercher says.

I’m certainly no rum connoisseur – unless ordering a Myers floater on top of my piña colada counts, and I’m pretty sure it doesn’t – but Lercher’s enthusiasm had me ready to drink the Caroni kool-aid.

He explained that two marks of quality define Caroni. One is the integrity of the distilling and aging process: “If the bottle says the rum was distilled in 1996 and bottled in 2006,” Lercher explains, “you can be sure you’re drinking 10-year-old rum that has aged in the original casks.”

The other is what’s known as the “angels’ share,” the percentage of liquid that evaporates during the barrel aging process and is lost “to the angels.” For Caribbean rums, an angels’ share of about 7% is the average. For certain distillations of Caroni, it’s as high as 85%, making the finished product incredibly concentrated and high in alcohol content. 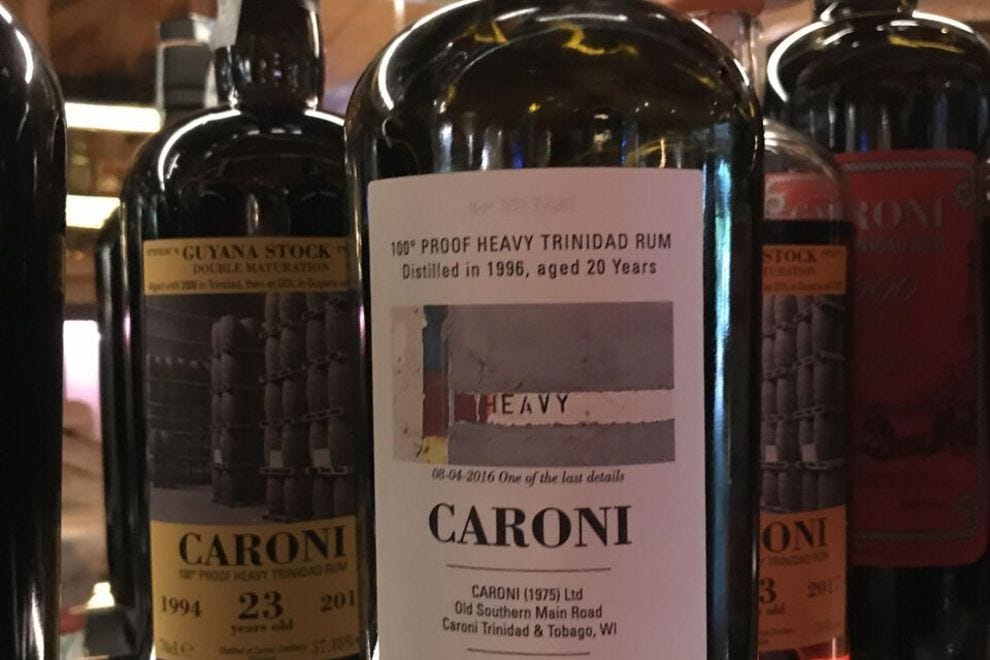 It’s best to start with a small taste, which habituates the mouth to the tongue-numbing heat of this high-proof hooch, then wait several minutes before sipping again. The second sip is a revelation – still heady, but that burning sensation has disappeared, instead replaced with a complex, interesting character that lingers long after the last sip.

It’s easy to get sucked into the romance of Caroni and its rags-to-riches tale. Since Velier started releasing varieties a little bit at a time, Caroni’s cult following has grown, and collectors enjoy a scavenger hunt of sorts to grab up remaining bottles at auctions and online sales.

And since there are just a handful of places in the world where Caroni can be purchased by the glass, if you want to sample this rare and vanishing breed of rum without purchasing an entire bottle, you may just have to head for the Italian Alps. Because unlike Van Gogh’s masterworks, which can be visited in art museums any old time, Caroni Rum has to be consumed to be appreciated. And once it’s gone, it’s gone.