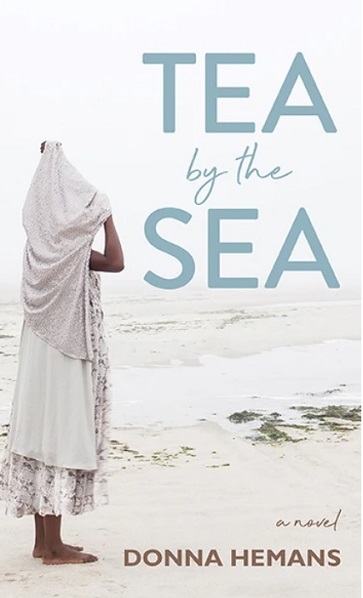 Donna Heman’s forthcoming novel Tea by the Sea is now available for pre-ordering. It will be released on June 9, 2020 (Red Hen Press). Marlon James (author of Black Leopard, Red Wolf) writes: “Tea by the Sea is a powder keg of a novel, where secrets and lies explode into truth and consequences, all told with spellbinding, shattering power.”

Description: A seventeen-year-old taken from her mother at birth, an Episcopal priest with a daughter whose face he cannot bear to see, a mother weary of searching for her lost child: Tea by the Sea is their story—that of a family uniting and unraveling. To find the daughter taken from her, Plum Valentine must find the child’s father who walked out of a hospital with the day-old baby girl without explanation. Seventeen years later, weary of her unfruitful search, Plum sees an article in a community newspaper with a photo of the man for whom she has spent half her life searching. He has become an Episcopal priest. Her plan: confront him and walk away with the daughter he took from her. From Brooklyn to the island of Jamaica, Tea by the Sea traces Plum’s circuitous route to finding her daughter and how Plum’s and the priest’s love came apart.

Jamaican-born Donna Hemans is the author of the novel River Woman, winner of the 2003-4 Towson University Prize for Literature. Tea by the Sea, for which she won the Lignum Vitae Una Marson Award for Adult Literature, is her second novel. Her short fiction has appeared in the Caribbean Writer, Crab Orchard Review, Witness, and the anthology Stories from Blue Latitudes: Caribbean Women Writers at Home and Abroad, among others. She received her undergraduate degree from Fordham University and an MFA from American University.