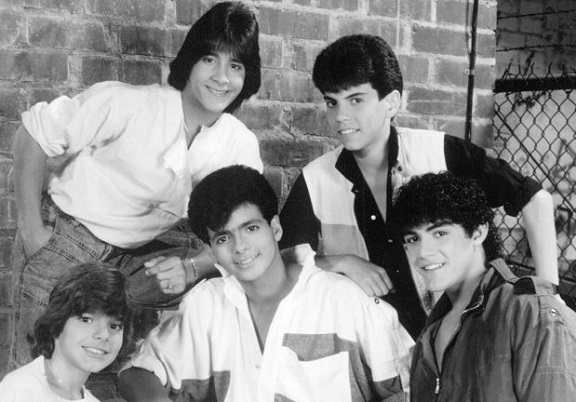 [Many thanks to Peter Jordens for bringing this item to our attention.] Lesley Goldberg (The Hollywood Reporter) writes that Universal Television Alternative Studio is set “to create the next boy band via the weekly show Menudo, with Mario Lopez attached to executive produce.”

Universal Television Alternative Studio is ready to create the next version of the iconic boy band Menudo. The studio, fronted by Toby Gorman, has acquired the rights to Menudo, an hourlong, weekly competition series that will search for and rebuild the band that gave Ricky Martin his start. A network is not yet attached.

Mario Lopez will executive produce the project via his Via Mar Productions banner. Live Animals, the company overseen by Audrey Morrissey and Jayson Belt (the massive One World global special, The Voice) are also on board to exec produce, alongside 3 Arts Entertainment’s Mark Schulman and Foundation Management’s Patrick Hughes, Paul Vasquez and Harvey Russell.

“I grew up as a huge fan of Menudo and I’m thrilled to be a part of bringing this iconic band back to the world,” Lopez said Wednesday in a statement.

Formed in 1977, Menudo was the first Latin boy band. The group featured a cadre of members in the decades that followed, including Grammy winners Martin and Draco Rosa, and put out 35 albums and sold 60 million records before disbanding in 2009. The band was also the subject of two feature films, a TV series, a beauty pageant and merchandise including dolls, trading cards and a board game.

The format arrives as broadcast networks continue to find success in the music competition genre, with Fox this year doubling down on breakout hit The Masked Singer and NBC and ABC still achieving solid numbers for The Voice and American Idol, respectively.