A report by Jennifer Mota for Remezcla.

Dominican dembow rose out of the barrios of Santo Domingo as a sound and movement based on the Dembow riddim – yet independently of reggaeton’s almost parallel sound. Once a marginalized and maligned genre in its home country, dembow gradually gained acceptance from the Dominican urbano community. Even though it’s now closer to the mainstream, the genre is still in relative infancy – with new proponents and fans spreading the sound across the globe. Si Tú Quiere Dembow is a new monthly column by Jennifer Mota that will explore the genre’s history, while also spotlighting the leaps dembow takes on a daily basis.

Long before Bad Bunny’s Bachaton-dembow hybrid “La Romana” conquered charts, and before audiences beyond the Spanish-speaking world were introduced to El Alfa through Major Lazer’s “Que Calor,” Dominican dembow existed as a hyper-regional sub-genre mostly known for its use of fast-paced “fever pitch” Jamaican riddims. Over time the genre has become a hub to new colors and textures, thanks to the integration of unique horns and trumpets highlighted in Chimbala’s music, and the flutes popularized by Nico Clinico.

The original dry and tenacious beats paired with repetitive lyrics were once ostracized. On account of local and global influences, the genre has gained recognition and respect in the urbano community on a national level. As it continues to push for global recognition, the mainstream dembow airwaves throughout Latin America highlight various genres, with beats incorporating Dominican homegrown sounds like merengue tipico and bachata, Brazilian funk, cumbia, Afro-beats and hip-hop.

Its innovative transition is revealing of the creative approach born in Santo Domingo’s impoverished areas. The pioneers created a blueprint for the genre with few resources, self-teaching and guiding themselves through programs like Fruity loops with no mentorship or tutorials. During an era marked by cassette recording, producers created instrumentals played on a boombox while the artist rapped on another, as well as taking unique actions to mimic the many sounds they wanted to incorporate by creating specific sounds with their mouths and voices—using whatever objects were accessible to them such as bells and pans. 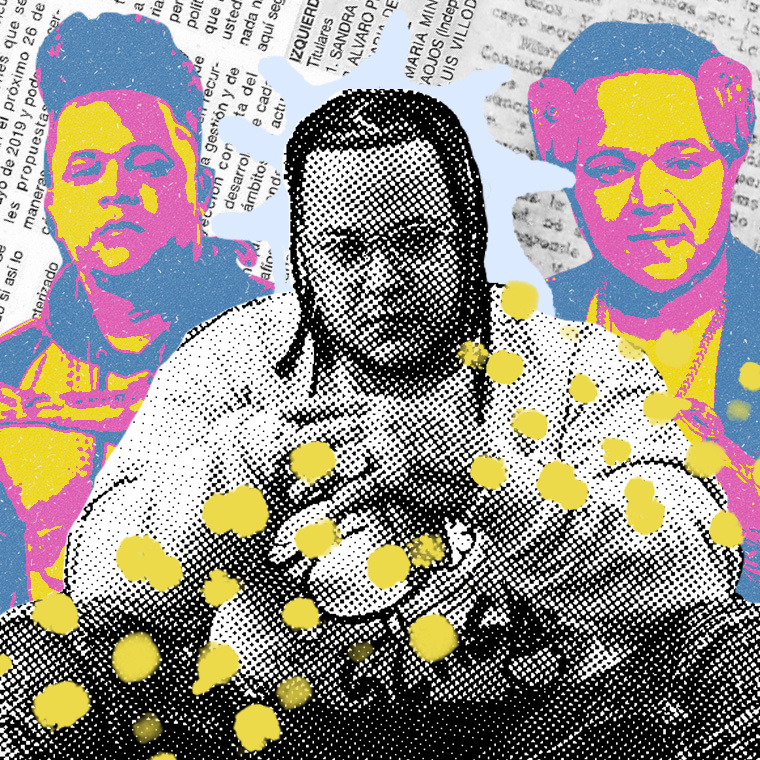 In the late ‘80s and ‘90s, when Dominican immigration was growing rapidly in New York City, an Afro-diasporic and transnational musical exchange was brewing. As a result, the Dominican Republic became home to imported sounds coming from Jamaica, Panama, Puerto Rico and New York City—sparking an interest in Jamaican dancehall, reggae en español, and hip-hop. Inspired by these influences, DJ Boyo created what is considered the first dembow. Quickly spinning his turntables with his hands, speeding Cutty Ranks’ 1992 reggae “A Who Seh Me Dun” to a 115 BPM, he created “Mujeres Andadoras.”

The rushed-spotted beat introduced the movement, but it took many foundational tastemakers to help push the sound forward. Producers like DJ Plano (“Si Tu Quiere Dembow”) and Bubloy (“Gustoso”) popularized the integration of voices and sharp elements in their beats. Nico Clinico, Light GM and Chael Produciendo independently made huge contributions to the sound by using 808s, and as Latin trap dominated speakers, it eventually influenced dembow with new trap keys and snares—creating a space for lyrical advancement through what Chael coined “trap bow.”

The most recent contributions have amassed supporters internationally. Take Chimbala, for example, who by implementing Dominican-created genres like bachata and merengue with his distinct sound has been able to diversify his audience. His union with Noriel “Con Chapa” opens with the sharp strings and guira used in merengue and later interpolates Antony Santos “Me Van a Matar Por Las Mujeres,” while in “El Boom” the song opens with the requinto guitar, integrating traditional bolero and son influences that played a huge part in the birth of bachata. 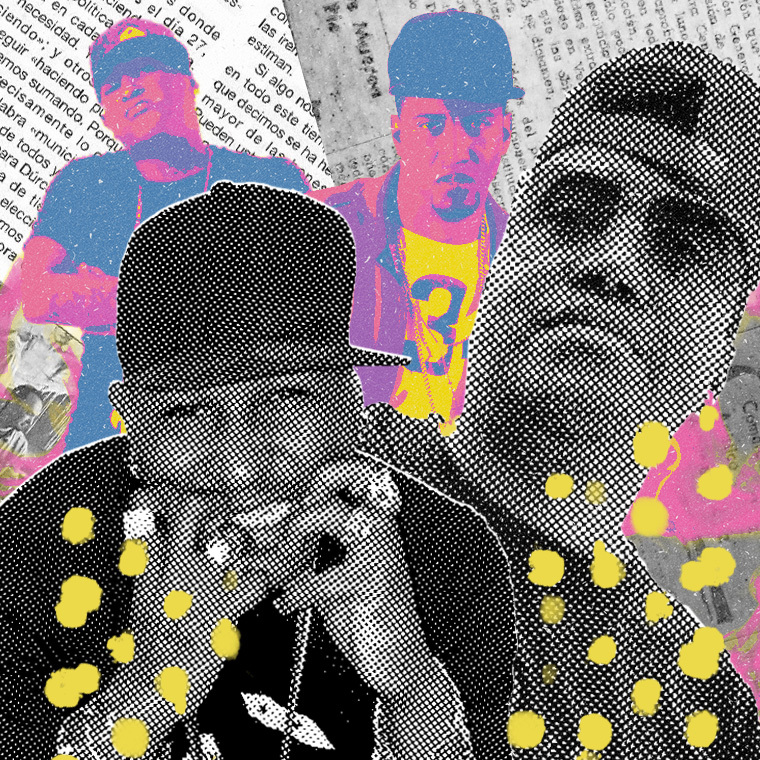 Regarded as the duo with the most successful mainstream hits, Big Chriss and Draco Deville are the brains behind hits like Quimico Ultramega’s “Panamera” and “La Mata” and Yomel El Meloso’s “Pomposo” to name a few. “We like incorporating the blues, Jazz, we also like finding ways to incorporate R&B sounds,” Big Chriss tells Remezcla. “Essentially, we’re embracing the Dominican sounds with outside influences, we also add Soka and Afro-beats.” With help from MC Bin Laden and Yomel El Meloso, the track “Bum Bum” demonstrates the fusion taking the sound by storm: dembow and Brazilian baile funk.

As black-rooted sounds that share a specific experience as products of the street knowledge in their respective countries, the overlap embraces Afro-descendant roots and culture. The blend of funk rhythmic patterns, mystical flutes and heavy kick drums found in songs like Chimbala’s “Maniqui” and Chuky73, Fetti031 and Mc73 “Brasilera” has made space for new collaborations and a union among expansion in audiences. La Materialista’s idea for her baile funk-inspired “Machucando” came from her experience on tour. “By traveling to different countries, I began to know different cultures, different music and ways of dance,” she says about the Topo La Maskara-produced track. She also credits the digital space for the rise in international collaborations.“The digital world has made a huge contribution to music. It’s helped with the growth of artists, our music reaches places that we haven’t even visited. My music became popular in the digital space first, then it crossed over to music.“

Six years after her hit “La Chapas Que Vibran” opened the doors for the artist internationally, La Materialista recruited Brazilian singer-composer JoJo Maronttinni and Spanish singer-actress Belinda, to reinvent the track with additional verses (one in Portuguese by JoJo) paired with Brazilian funk-infused breaks.“To record with two women of different nationalities, two distinct cultures, different ways of talking and expressing themselves is cool and enriching… to give them space to do so not only enriches the music but it also enriches my catalog,” she says. 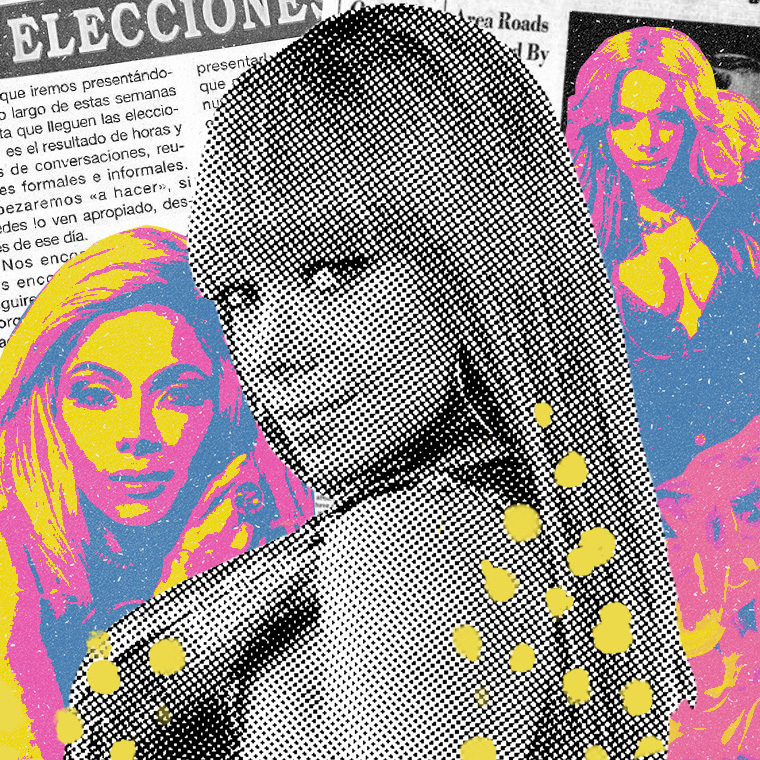 There’s no doubt that the transcultural collaboration encapsulated both the genre’s ever-evolving transnational movement and a rise in female unity across the Latin-American music industry. “When I first stepped into the scene, feminine urban music was a bit difficult,” says La Materialista, adding “Aside from the fact that there were very few [women], space was very machista so our trust was very limited. We had to prove ourselves and that we had talent beyond our physical attributes to get things done.”

Today’s mainstream artists are also bringing the genre full circle with its Jamaican roots. As heard on Chael Produciendo’s sample Sister Nancy’s “Bam Bam” for El Alfa’s “Pa Jamaica,” and most recently Bulova’s “Prende (Remix)” which brings onboard Shadow Blow, Chimbala and Lírico en La Casa, which samples Barrington Levy’s “Murderer.” La Materialista’s new single “Toma B” is a cocktail that features Mr. Vegas, Topo La Maskara, Jawy Mendez, Nyla and Bomby that incorporates Tambora, trumpets, and dancehall “Mr.Vegas is an icon. I’m a fan of his music and style and I told myself to imagine having him on it.”

What has proven the most beneficial for dembow exposure have been the collaborations with the biggest names in music. 2020 was proclaimed the year of dembow, and while artists like El Alfa, Chimbala and Lirico en La casa continue to earn millions of streams, the movement continues to fight for a global presence. As dembow embraces the different influences found in cumbia, Afro-beat and baile funk, it’s also time the Latin American industry embraces Dominican dembow.