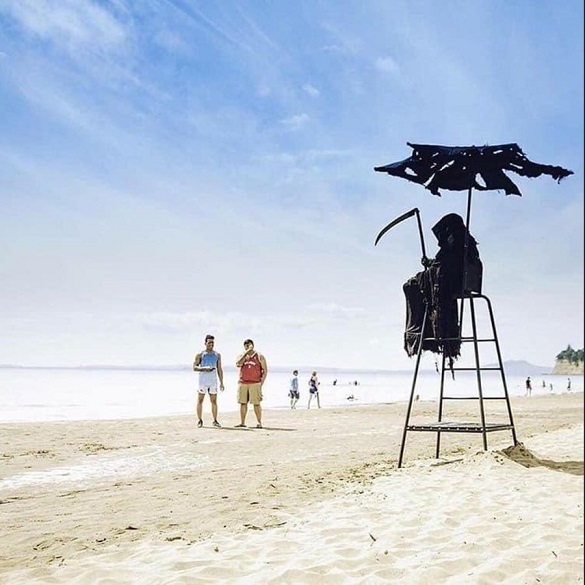 Madeleine Marr (Miami Herald) reports on the lawyer who wants to tour Florida’s beaches and other public areas that are opening in spite of contagion probabilities. She writes, “The Florida Grim Reaper Tour may be coming to a beach near you.”

To protest people packing the sands, a Santa Rosa Beach lawyer is taking action and hitting the road. Daniel Uhlfelder, who is originally from Miami, will dress as the Grim Reaper starting Friday, he announced on Twitter.

The creepy getup may appear as if Halloween has come early. But it’s really meant to scare people away. “Many of you have asked if I am willing to travel around Florida wearing Grim Reaper attire to the beaches and other areas of the state opening up prematurely,” Uhlfelder tweeted. “The answer is absolutely yes.”

Uhlfelder will wear the terrifying black-hooded robe and scythe as the hulking symbol of death.

One thought on “As beaches open in Florida, one guy is going to try to scare you to death”