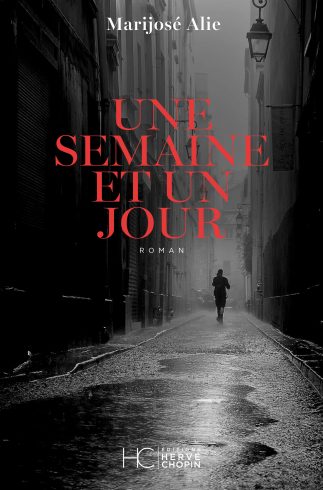 [Many thanks to Peter Jordens for bringing this item to our attention.] Marijosé Alie’s Une semaine et un jour [A Week and a Day] was published in February 2020 by Éditions Hervé Chopin. Alie is a journalist and singer from Martinique. The book was launched at the Institut du Tout Monde.

Description (Éditions Hervé Chopin): Soraya walks the streets of Paris; she wanders as people who have lost everything or who have lost themselves can wander. She has just one backpack and an old notebook that she never lets go. She has certainly had another life before; her manners are too beautiful, her wallet too full. So, what is it? What drives her to live outside, to scour shabby hotel rooms, to follow this strange man who talks to the dead?

Only a very old notebook, which she opens as soon as she has the opportunity, seems to appease her. She reads the words of Célestine, her mysterious ancestor, who crossed the oceans when she was only fifteen years old to arrive in Paris during the winter of 1788. The cold was more violent than ever and the revolution was rumbling …

Winner of the 2016 Prix ​​Ivoire for her first novel, Le Convoi, Marijosé Alie uses her poetic and always sensual pen to paint, with strength and emotion, the lives of two women linked by history and by the violence of their destiny. Stunning.’

Biography: Journalist Marijosé Alie made a career in television. A regional director and great reporter, she worked between Paris and the French Overseas Departments until 2005, when she held a position of head of Diversity in the France Télévisions programs. In 2014, she left the group to devote herself to her two other passions: music and literature. Une Semaine et un jour is her second novel.