A report by Carolyn Beeler for PRI.

Dominica’s ambition in the age of climate change outstrips its small size. The nation, roughly the size of Austin, Texas, sits on the string of Caribbean islands stretching from Puerto Rico toward South America. Its 70,000 residents live right in the middle of hurricane territory.

In September 2017, Hurricane Maria devastated the country, killing 65 people, damaging some 90% of homes, wiping out crops, infrastructure and more than twice the country’s gross domestic product overnight. The island, heavily forested and largely green, was stripped of its leaves. Homes clustered along the coast were battered by winds and storm surges. The lush, forested interior, formed by a backbone of active volcanoes into a terrain of steep peaks and valleys, suffered landslides that cut communities off from each other for weeks. Rivers swelled, overwhelming homes built on their banks and sweeping them off to sea with families still inside them. 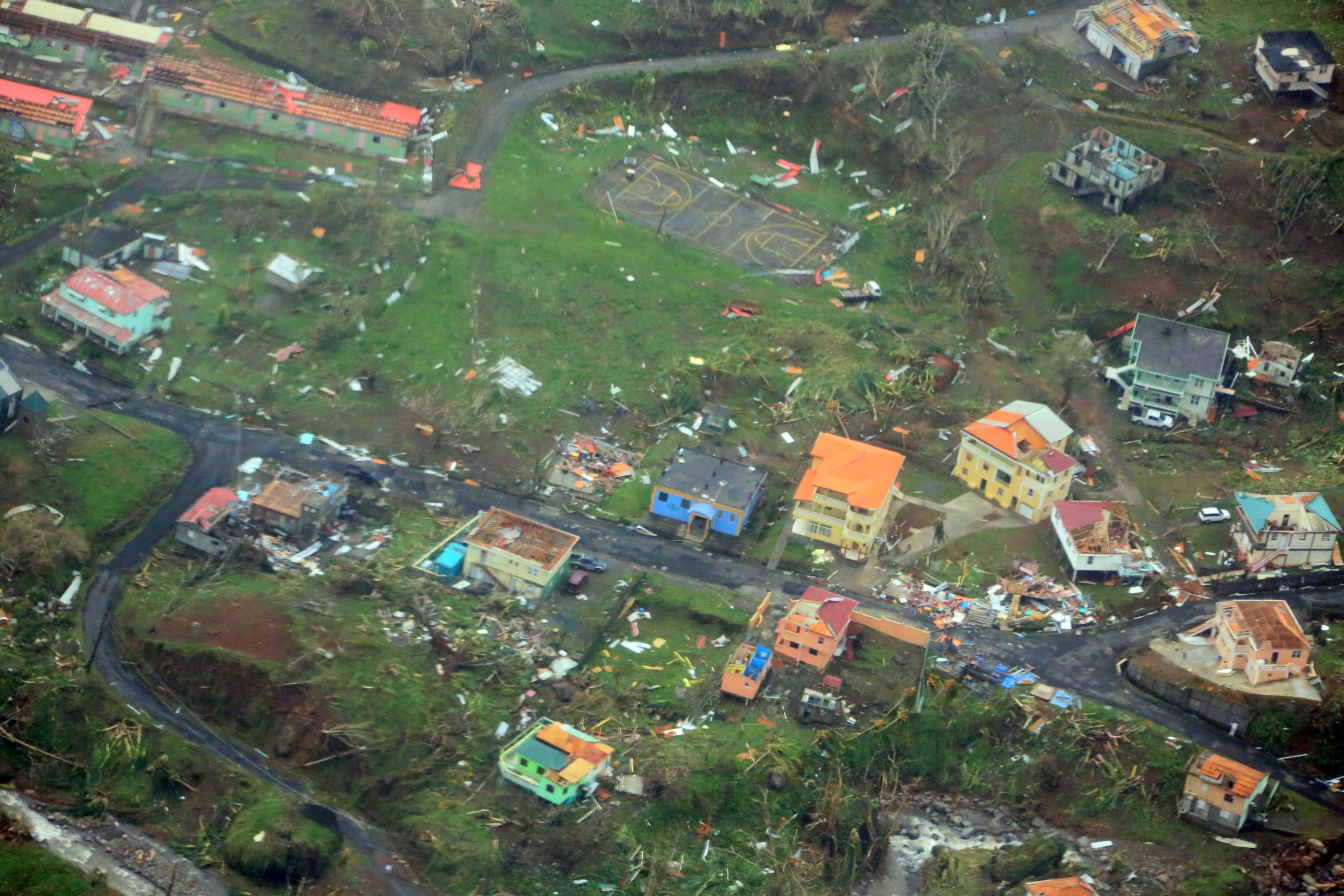 Damaged homes from Hurricane Maria are shown in this aerial photo over the island of Dominica, Sept. 19, 2017.

Two and a half years later, cleanup in Dominica is largely finished, but rebuilding continues. About half of the 12,000 homes that were significantly damaged across the island have been repaired by the government or non-governmental organizations, and about 1,000 new homes have been built to replace about a fifth of those completely destroyed, according to the government. Signs of that rebuilding are apparent. Final construction on damaged hospitals and health centers is still underway. Caution barrels mark the edges of mountain roads that have crumbled away and await repair. 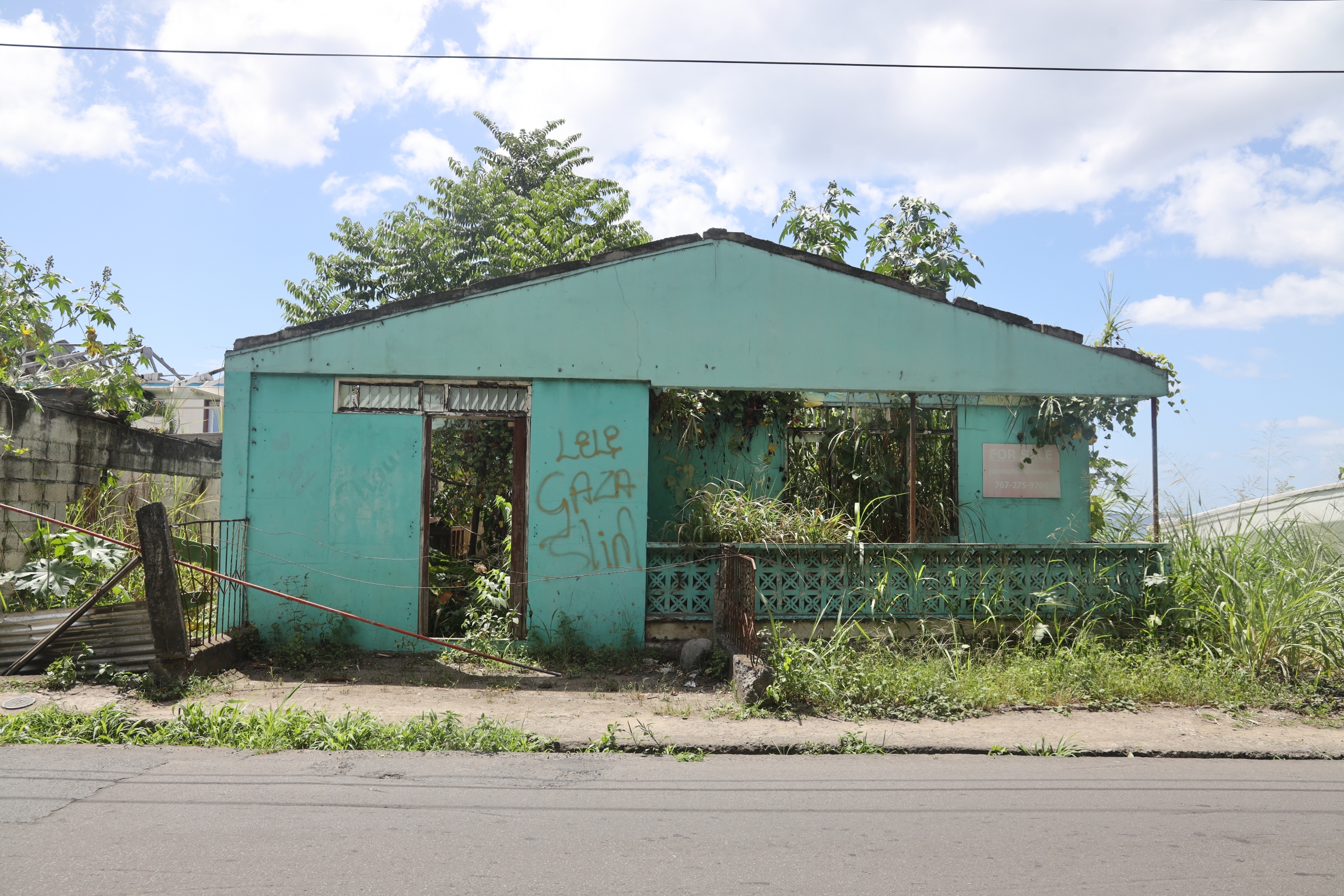 A home, damaged and abandoned, on the southwest coast of Dominica.

But the new direction the island is working toward is also visible. Billboards around the capital advertise Dominica’s efforts toward resilience and urge residents to read updated building codes online. More roofs, contractors and locals say, are being built with concrete designed to withstand heavy winds better than galvanized metal. Work on a small, geothermal plant is soon to begin, and communities around the island are preparing themselves for the upcoming hurricane season.

These changes are signs of Dominica’s ambitious new national goal — to become the world’s first “climate-resilient” country. That goal emerged just five days after the storm; Dominica’s Prime Minister Roosevelt Skerrit made it to the United Nations General Assembly in New York and asked for help creating a new era of green economic development.

“I come to you straight from the front line of the war on climate change. We as a country and a region did not start this war against nature. We did not provoke it. The war has come to us.”

“I come to you straight from the front line of the war on climate change,” he said. “We as a country and a region did not start this war against nature. We did not provoke it. The war has come to us.”

As warmer temperatures supercharge storms, Skerrit asked for help, later saying his island “will shine the torch for others to follow.” That goal got attention — and money. About $300 million from international donors has flowed in so far out of some $900 million promised after Maria.

“The intent of Dominica to move towards climate resilience as opposed to simply looking for aid once it has had an impact was something that we found very attractive,” said Richard Carter, who leads the climate change and disaster risk program in the Caribbean for the Department for International Development, the UK’s development arm.

As Dominica rebuilt, it had a question to answer.

“We talked about Dominica becoming the world’s first-time resilient nation, but what does that mean?” said Pep Bardouille, who was tasked with answering that question as the CEO of the Climate Resilience Execution Agency for Dominica, or CREAD.

Bardouille, who has 20 years of experience in international development and consulting at places such as the World Bank and McKinsey, was hired to head the agency a little more than a year after the storm. Her team’s mandate: baking climate change resilience planning into every function of the government within four years. The team has set a series of targets for 2030, including getting all the country’s electricity from renewable sources, making sure main roads are passable and power is largely working within three days of a disaster. Her agency will soon release a report with a plan on how to reach these targets, and how much it will cost. 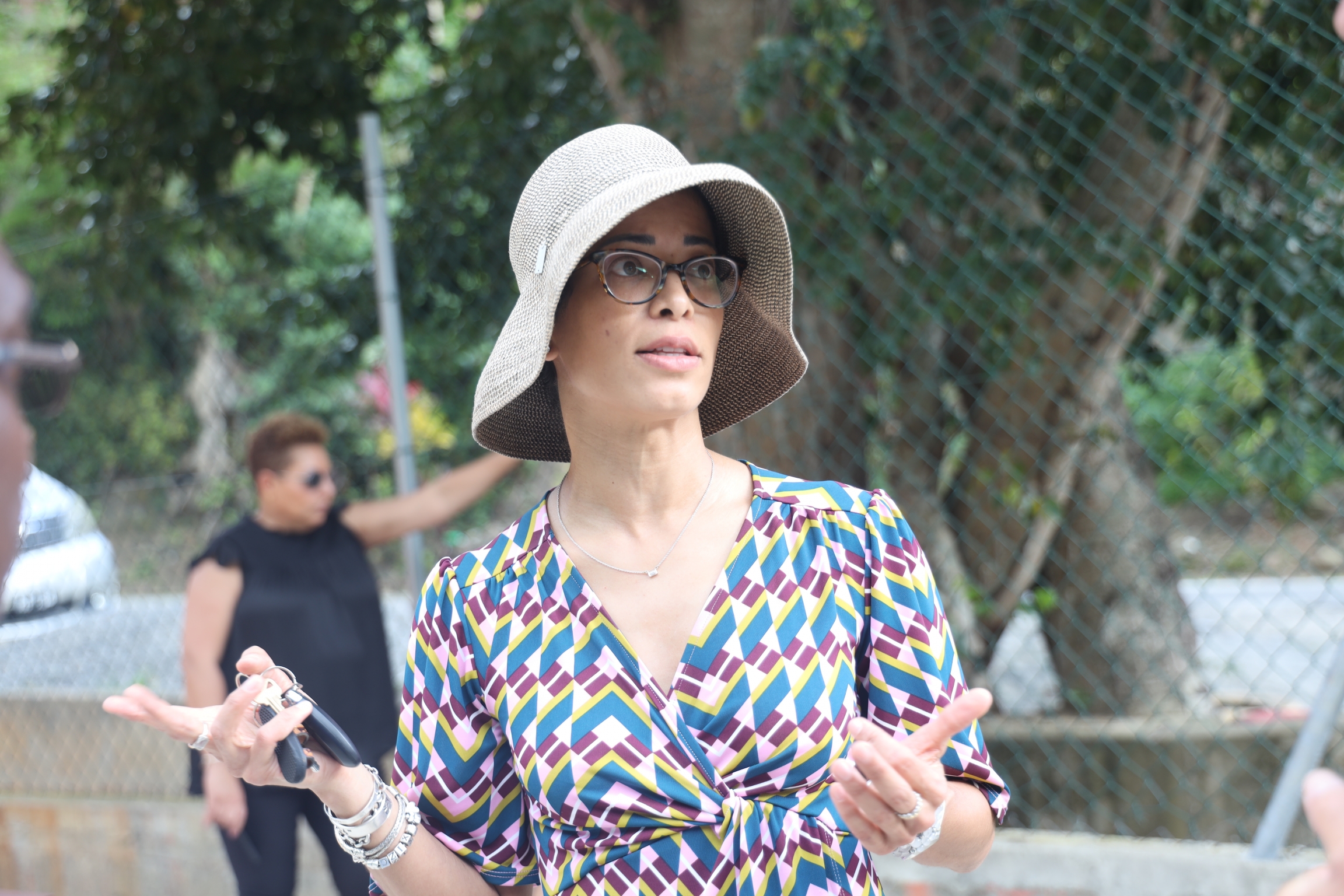 Pep Bardouille, CEO of the Climate Resilience Execution Agency for Dominica, or CREAD.

“I think we’re very proud that that’s been done because as much as it can be viewed as a report or a piece of paper that sits on a shelf, it’s actually already guiding the journey of line ministries,” Bardouille said.

Experts say this coordinated approach to climate change planning even as a country rebuilds is unique in the region. What’s also unique, Bardouille said, is that her agency is looking beyond infrastructure.

“Typically, after a climatic event or a natural disaster, there’s a focus on building back better. How do we make roads indestructible, et cetera?” she said. “However, we’re looking at resilience from a holistic perspective.”

By holistic, she means that part of her agency’s mission is to build “collective consciousness” in Dominica, ensuring that everyone on the island understands the environmental risks they face and what they can do to protect themselves and their communities. One of the new targets Bardouille is most excited about is a call for communities to have enough water, power, food, communications and basic health care on hand to be able to survive for 15 days after a natural disaster if they’re cut off from the rest of the island. It’s a goal stemming from a clear need — in some communities, it took that long for residents to clear landslides and reconnect with nearby communities after Hurricane Maria.

CREAD’s holistic approach also means building a stronger economy, one of the pillars of their resilience planning.