A report by Alex Lewis for NPR

It’s Mardi Gras season and in North America, no celebration is more famous than the one put on by the people of New Orleans. For two weeks, local groups called Krewes organize balls, parades and dance parties. Colorful plastic beads are everywhere.

A few years ago, a new krewe sprung up with the aim of celebrating the Haitian roots that run deep through the city’s cultural identity. Krewe Du Kanaval was co-founded by Win Butler and Régine Chassagne, best known as the husband-and-wife duo who front the Grammy award-winning rock band, Arcade Fire. These days, the Canadian musicians are residents of New Orleans and good friends with Ben Jaffe of the storied Preservation Hall Jazz Band.

Butler says the idea to start the Krewe stemmed from a trip he took with Jaffe to Haiti. It was Jaffe’s first time in the country.

“I remember when we first got to the central plateau [of Haiti],” Butler said. “There was a brass band that played for us when we got there. Ben’s almost crying. It sounded like if you got in a time machine and went to New Orleans — pre-swing, pre-jazz New Orleans — and it’s pretty powerful.”

And it wasn’t just the music: the architecture, the food and the people reminded Jaffe of home.

Thousands of Haitians landed in Louisiana in the early 19th century after fleeing their home country’s revolution. By 1809, more than 10,000 Haitians had arrived in New Orleans, doubling the population of the city.

Along with the Haitian people came their culture, establishing a deep relationship between the two places. Many locals refer to New Orleans as the northernmost Caribbean city. Celebrating this connection was the guiding principle for Butler, Chassagne and Jaffe when they founded Krewe du Kanaval in 2017.

“That was sort of the idea,” says Butler. “What if we did this thing that everyone wants to do anyway, for a party? And we actually did something good with it. [We’re] just paying tribute to the root of it.” 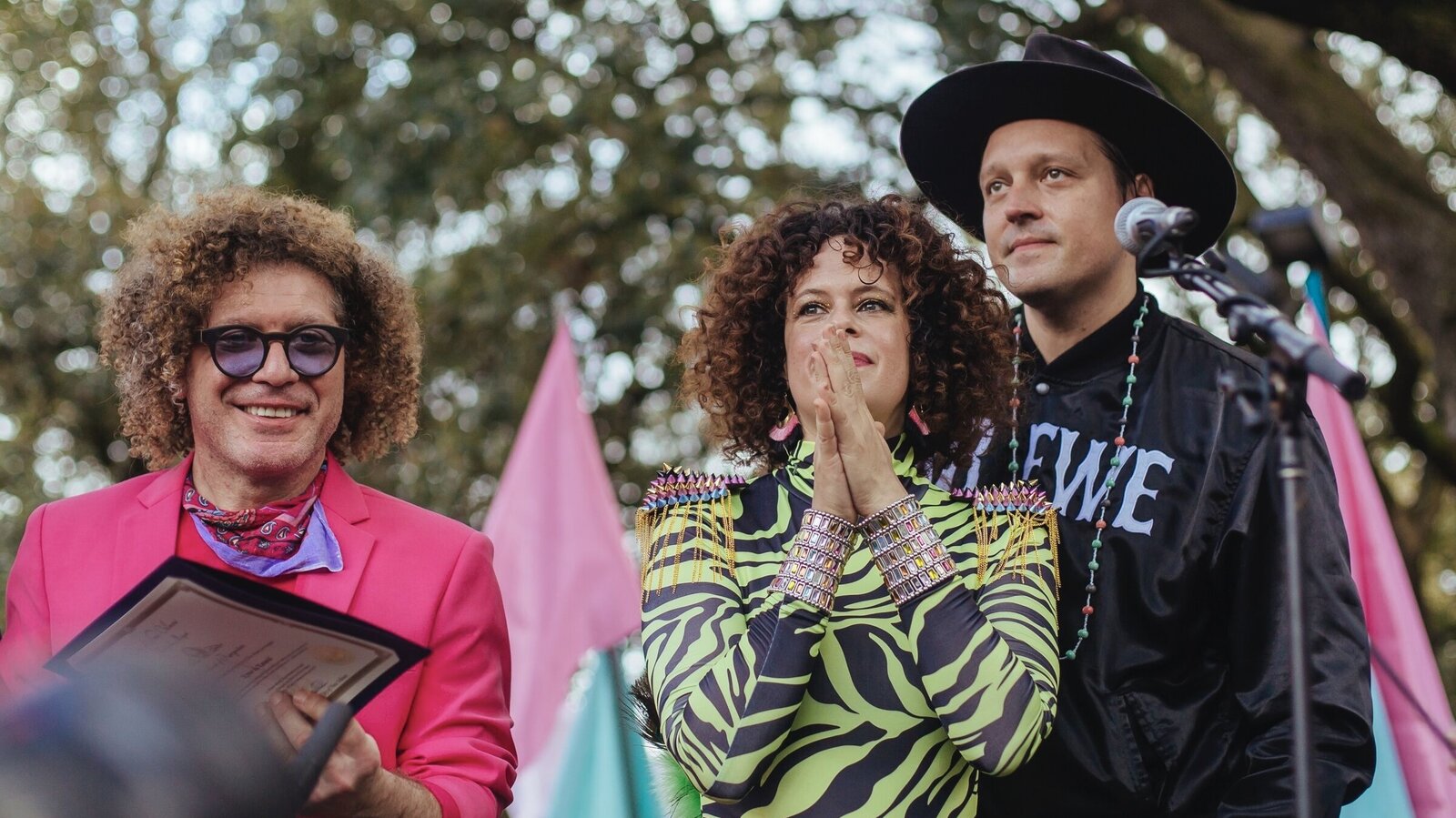 For Chassagne, the connections are also personal. Her parents are native Haitians who fled the country in the 1960s during the 13-year rule of dictator Francois “Papa Doc” Duvalier. Her family first landed in the US, but eventually ended up in Montreal, where Chassagne grew up. And it wasn’t until 2008, when she was in her 30s, that she visited Haiti for the first time.

But Chassagne says she inherited the Haitian culture through her parents.

“You just absorb it. You absorb the inflections, you absorb the humor, certain reactions to certain events,” she says. It had always felt like an insular experience to her, but she says, “When I went to Haiti, I really realized this is why! This is all why.”

Chassange has been publicly thinking about her relationship to her parents’ home country at least since 2004; the first Arcade Fire album, Funeral, came out that year and included the semi-autobiographical song, “Haiti.”

“And then when we realized that we were going to starting selling out venues,” says Chassagne, “I was like, okay, maybe I will not work at the bakery anymore. Then I started to think about how to raise money, and how to be efficient in the gifts that I’ve been given and how to make them useful.”

The answer came to her in 2010, when Chassagne co-founded Kanpe, a foundation that supports an array of health education and agriculture programs in Haiti. The Krewe Du Kanaval celebrations raise funds for the foundation. 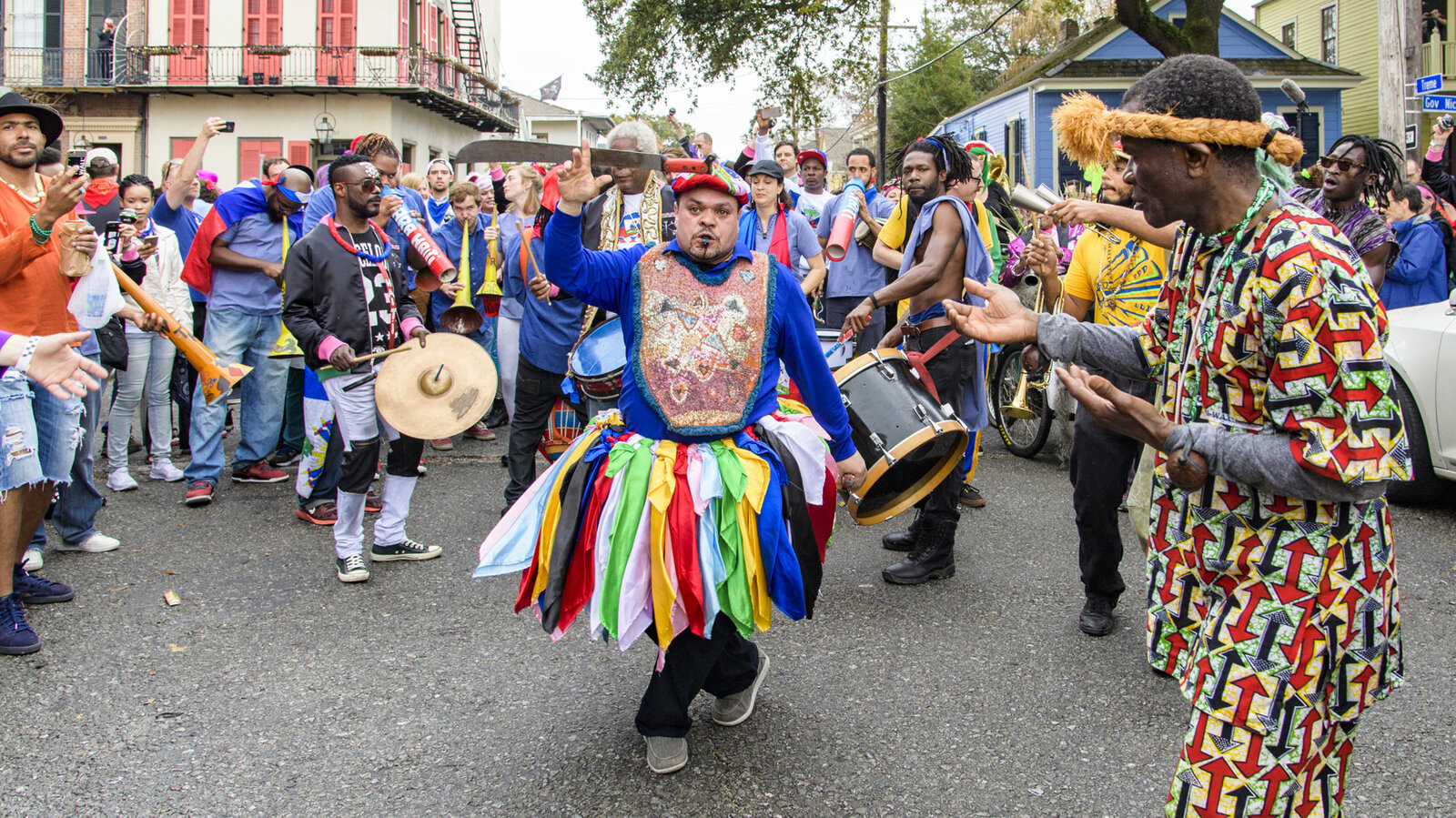 The inaugural appearance of Krewe du Kanaval in February 2018.

Paul Beaubrun, a Haitian singer-songwriter based in New York and a member of Krewe du Kanaval, says Carnival is like therapy for Haitians.

“You scream. Some people you curse, if you want, because you have to let your frustrations out,” Beaubrun says. “So it’s a very important tradition for us. And at the same time, it’s that time where you almost begin your year. We call that “N’ap boule” — that means you’re burning everything and then you start anew. So it’s a very important tradition for Haitians and it’s a lot of fun, you know, so it’s like a win-win.”

Beaubrun says at Carnival in Haiti, music hits you from all directions. It’s at the center of the celebrations.

“There’s this part where you put a band on the float and people are dancing, singing too, and then they have stands. And then it’s like millions of people everywhere! Dancing, screaming … so many things happening!”

Like Butler and Chassagne, Beaubrun says you can just feel the connections between the music of Haiti and New Orleans. And he should know: Beaubrun is a member of the prominent Haitian fusion band, Boukman Eksperyans, which rose to fame playing Carnival in Haiti in the early 1990s. The group brought their music to the Krewe Du Kanaval ball last year.

“It’s just to that exchange between New Orleans and Haiti,” Beaubrun says, “to really show that similarity, the influences. That’s what Krewe Du Kanaval is. We just bring it together.”

Butler says the theme of the Krewe Du Kanaval parade this year is “Merci Haiti” — simply, “thank you, Haiti.”

“We’re just trying to pay respect to all that we have [been] grateful for — that Haiti has contributed — and just to give back. I think that’s the idea of the whole thing,” he says. 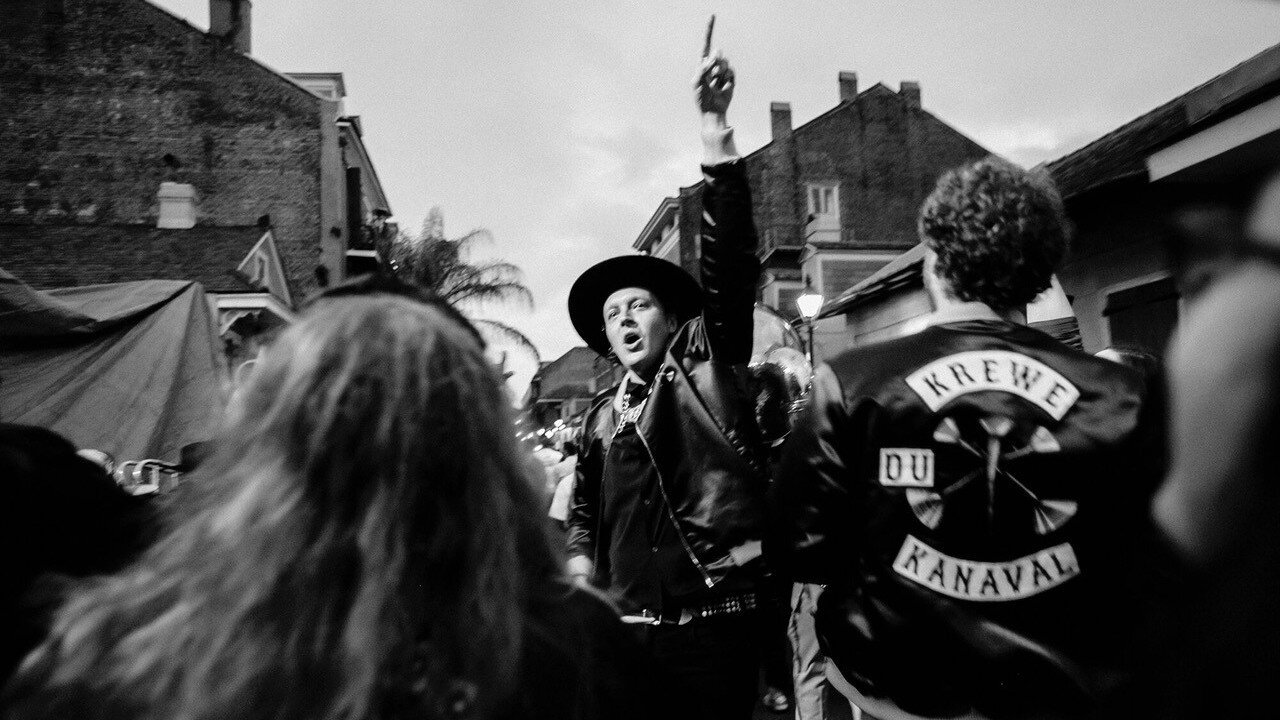