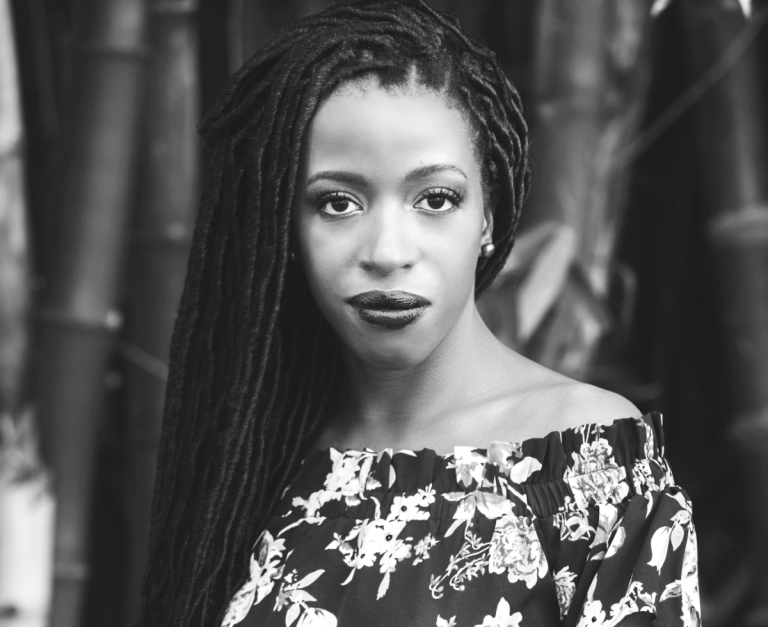 Summer Edward, founder of Anansesem, is stepping down from her role as the online magazine’s editor-in-chief; she held the position for the past 10 years. Edward founded the magazine when she was 24 years old.

Under her leadership, Anansesem, the first publication devoted to covering children’s and young adult (YA) literature in the English-speaking Caribbean, published the work of over 220 emerging and established Caribbean children’s and YA writers and illustrators; many whose earliest work appeared in Anansesem have gone on to secure traditional publishing contracts and garner wider recognition.

Here is a redacted version of the memo that was sent to Anansesem staff from Edward:

It’s with a mixture of pride and sadness that I let you know that I will be stepping down as editor-in-chief: pride because I know I am leaving the magazine in the best of hands, and sadness because well, there’s always a sadness to endings of any kind. I look forward to seeing Anansesem continue to evolve under new editorial leadership, and I will be around and available to help with the transition. I will always treasure my time as editor-in-chief, but it’s time to explore new territory in work and in life while I’m still young.

Over the past ten years, I’ve watched you, and other Anansesem editors and advisors who have since moved on, selflessly and freely volunteer your time and energy to the magazine. I am so deeply grateful for your brilliance and endless hours of work, which make everything possible. It has been a privilege to work, create, debate and laugh with you. You’ve given me work, friends, mentors, memories, and experiences that I will treasure forever. I wish for all of you the same joy, opportunity, and fulfillment in your careers, and look forward to seeing you continue to grow and evolve.

In the next few weeks, Anansesem will welcome its first batch of country correspondents. I believe this infusion of new talent, new ideas and ‘millennial magic’ (for those correspondents who fall into that generational cohort), alongside the guidance and experience of Anansesem‘s advisory board, is what the magazine now needs in order to reach its full potential and maintain longevity. I’m proud to have worked with the many wonderful children’s and young adult writers, children, teens, illustrators, librarians, publishing industry professionals and youth literature advocates who have contributed to Anansesem over the years.

Again, thank you all for everything.

Edward shepherded in a new era of Caribbean literary coverage focused exclusively on indigenous literature for young readers, and conducted interviews with scores of Caribbean luminaries in the children’s/YA literature world, including Alix Delinois, Floella Benjamin, Ibi Zoboi, Lynn Joseph, Margarita Engle, Nick Gillard (Macmillan Caribbean Publisher), Olive Senior, Tracey Baptiste, Vashanti Rahaman, and Verna Wilkins. “One of the things I wanted to do when I started Anansesem was to use the power of electronic publishing and online communities to break through the Caribbean’s literary glass ceiling by giving children’s and young adult books by Caribbean authors (including those in the diaspora) the kind of serious attention and exclusive space it hadn’t been afforded before in the literary world,” says Edward. “Anansesem really has shifted awareness; since our founding there has been a steady rise in interest in Caribbean literature for young readers, not just in the Caribbean, but internationally.”

Edward also created the Anansesem Online Bookstore, the largest buyer’s resource for Caribbean children’s and YA books, and inaugurated the Anansesem starred review, aka the Anansesem Star. She is proud to have represented the magazine at literary events and professional conferences all over the world, including the American Library Association (ALA) Midwinter Meeting, the A is for Anansi Literature for Children of African Descent Conference, the West Indian Literature Conference, the PRTESOL Annual Convention, WORD!: A Caribbean Book Fest, Push to Publish Annual Conference, the U.S. Virgin Islands Literary Festival and Book Fair, the NGC Bocas Lit Fest, and more. Recognized as a Caribbean youth literature expert, partly due to her work with Anansesem, Edward has served as an adjudicator for national and international children’s/youth writing competitions, including the Golden Baobab Prizes for African children’s literature, the OpenIDEO Early Childhood Book Challenge, and the Scholastic Art and Writing Awards.

Edward was recently selected by Philadelphia Business Journal to join the Philadelphia Business Journals Leadership Trust, an invitation-only community for chief executives that brings together the brightest minds in business in the city of Philadelphia and across the USA. With her selection to the Trust, Ms. Edward is being recognized as an industry leader and expert in inclusive children’s literature/publishing who is making a positive impact on her community.

Edward, who is a certified yoga instructor, looks forward to dedicating her energies to writing and enjoying her wellness practice. She also plans to tackle her travel bucket list and wants to publish her own children’s book imprint at some point in the future. Her first children’s book, Wygenia and the Wonder of the World Leaf, will be published by HarperCollins UK in fall 2020. She is also a contributor to 1789: Twelve Authors Explore a Year of Rebellion, Revolution, and Change, a forthcoming young adult anthology from Candlewick Press (a part of the Walker Books group), and was recently invited by Heinemann Publishing to write children’s books for their Shared Reading program.

Ms. Edward’s last day as editor-in-chief will be May 31, 2020. Her replacement will be announced shortly.