A poster exhibition—”El cartel, voz para la resistencia” [The Poster, Voice for Resistance]—will open at Museum of History, Anthropology, and Art of the University of Puerto Rico (in Río Piedras, Puerto Rico) on April 1, 2020, according to Javier Martínez (Autogiro).

Martínez recently wrote that the Museum of History, Anthropology, and Art of the University of Puerto Rico had begun the process of digitizing part of its poster collection. He mentioned that the project was to begin in 2015, when the museum was assigned funds from the National Endowment for the Humanities for the digitalization of this collection. Martínez indicates that, due to hurricane interruptions and the country’s fiscal situation, half a decade later, the museum team managed to complete the work of digitizing 4,000 posters to be made available to the public. 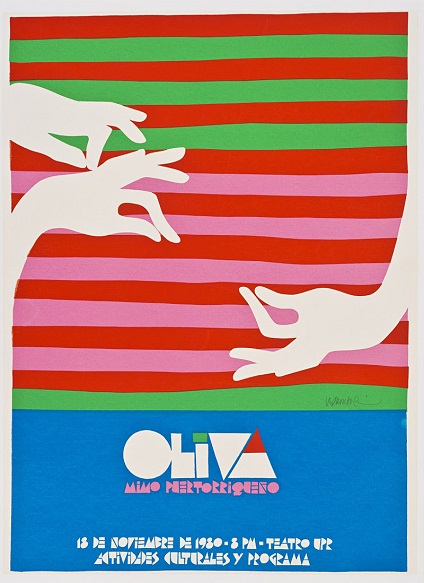 This initiative should be available to the public in March, according to museum director Flavia Marichal Lugo. This digital platform will help those interested in art and research to access the details and history of the posters in the museum’s collection.

As part of the inauguration of this platform there will be an exhibition of a selection of posters at the museum—”El cartel, voz para la resistencia” [The Poster, Voice for Resistance].

The inauguration will take place on April 1st, coinciding with the PuertoGráfico activity hosted by the Southern Graphic Council, offering a series of workshops, courses, and lectures.