A report by David Venn for the MLB.

With the return of the Caribbean Series to Puerto Rico’s Hiram Bithorn Stadium on Saturday for the first time in five years, the event’s organizers honored the 25th anniversary of one of the most celebrated achievements in the island’s rich baseball history: the Dream Team of Major League stars that won the 1995 series with a 6-0 record.

“It’s an honor for me and for all of my teammates to have been part of this team,” said Williams, who at the time was four years into his 16-season Major League career with the Yankees. “After 25 years, having the chance to relive that moment is something special.”

In February of 1995, following the labor stoppage that cut short the previous MLB season and prompted many big leaguers to play winter ball in order to stay in shape, Puerto Rico fielded a team for the ages. The San Juan Senators, champions of the 1994-95 season in Puerto Rico, entered the Caribbean Series with a squad that included the aforementioned group, as well as Hall of Famer Edgar Martínez.

With manager Luis Méndez at the helm, the Senators cruised to a sweep of the round-robin tournament against the champions of the Dominican, Mexican (Pacific) and Venezuelan Winter Leagues.

“Twenty-five years later, we’re still talking about the Dream Team as if it were yesterday,” Delgado said last week at a press conference in San Juan to announce the 2020 Caribbean Series, to be played through Feb. 7 at Hiram Bithorn Stadium, and its ancillary events. “At that time, it was our only way to represent Puerto Rico because the [World Baseball Classic] didn’t exist. It was the biggest thing for us.” 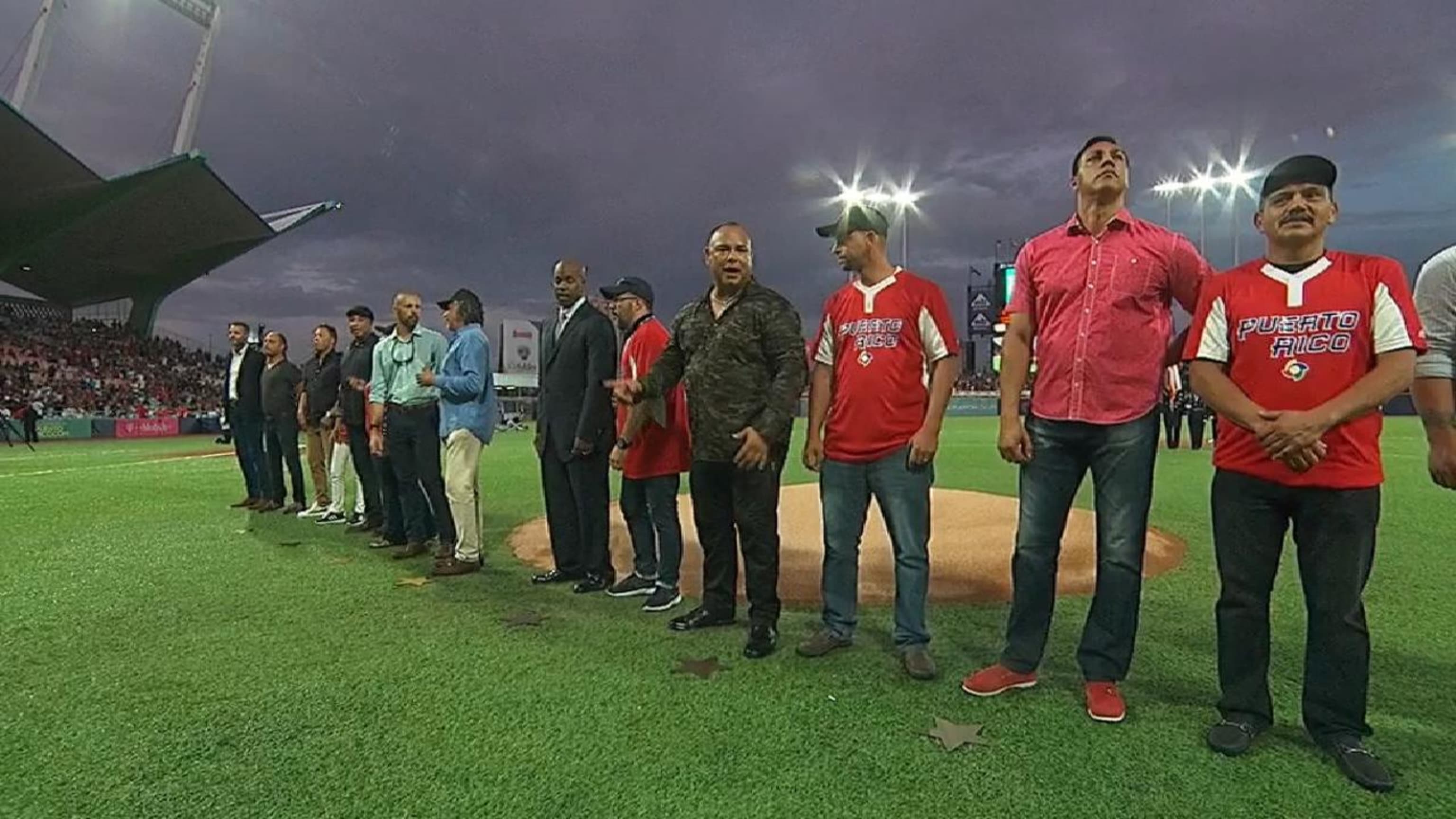 The Dream Team’s competition that year was no cakewalk. The Dominican Republic, represented by the Azucareros del Este (now known as the Toros) and managed by Art Howe, had future Hall of Famer Pedro Martínez, José Rijo and Pedro Astacio in its starting rotation, as well as a lineup that featured Raúl Mondesí (the reigning National League Rookie of the Year Award winner at the time) and José Offerman.

The Dominicans finished the tournament with a 4-2 record, their only losses coming at the hands of Puerto Rico — by a combined score of 25-3.

Among Puerto Ricans on and off the island, the Dream Team inspired a generation of fans as well as aspiring players. One of those players was José Cruz Jr., who at the time was just a few months away from being drafted by the Seattle Mariners and embarking on a 12-year Major League career.

“I remember that team. I was so excited to see all those guys on that team,” Cruz told MLB.com a few years ago. “They were such icons, especially when I was growing up.

“These were the guys I was looking up to, that I wanted to play with, play against and play like. What a team.”

Incidentally, it was Cruz who led Puerto Rico to its next Caribbean Series championship with the Cangrejeros de Santurce as MVP of the 2000 tournament in Santo Domingo.

“The support we got from [the island] at that time was unforgettable,” Delgado said. “I mean that from a personal point of view because we felt that support on the field, and we’re thankful for it.

“I hope we can repeat that in this Caribbean Series.”