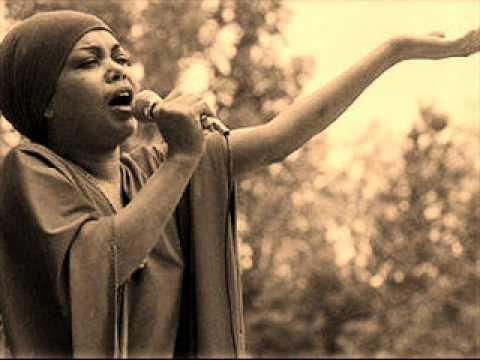 2019 marked the 25th anniversary of the death of Toto Bissainthe: actress, singer, and Grande Dame of Haitian culture. This exhibition was created to honor and preserve the memory of her 40-year artistic career. Audio and video testimonies, as well as archive elements such as photos, posters and record albums, recount the journey of this great artist who fled the dictatorship, lived in exile, from island to island, crossing oceans and moving through continents. Everywhere she went, she involved herself with her peers, and brought the causes of the voiceless, missing, oppressed, humiliated, and defeated figures of contemporary history to the forefront. With special guests Milena Sandler, exhibition curator and daughter of Toto Bissainthe, and musician Jöel Widmaier. Cocktails provided by Clairin the Spirit of Haiti. Haitian-inspired appetizers will be served.

Diaspora NOW is a platform for emerging literary and performing artists of Haitian descent to premiere works in New York City, offering opportunities for Haitians and general public to engage with new art that highlights experiences in the Diaspora. In 2019 we presented five NYC premieres with the Brooklyn Queens Land Trust community gardens, and music/dance venues in Brooklyn. Diaspora NOW is made possible through the funding support of New York State Council on the Arts with the support of Governor Andrew M. Cuomo and the New York State Legislature, as well as public funds from the New York City Department of Cultural Affairs in partnership with NYC Council.

Toto Bissainthe was a singer, composer and actress. Her innovative blend of traditional music, contemporary arrangements and modern texts, paid tribute to the lives, difficulties and spirituality of the Haitian people, especially the working class and peasants. Born in 1934, she left Haiti very young to pursue studies abroad. She began a theatrical career in 1956 in Paris with the Company of Griots (the 1st troupe of black comedians in France) of which she is one of the founders. In 1973 she performed at the famous Théâtre de la Vieille-Grille in Paris, and from there went on to become a renowned singer and composer. Living in exile for most of her life, Toto Bissainthe was in Paris for 30 years, finally returning to Haiti when the dictator Jean-Claude Duvalier left in 1986. However, she experienced multiple disappointments while in Haiti, particularly the political problems and internal conflicts affecting the homeland she wished to help rebuild. She died on June 4, 1994, from liver cancer.

Tickets can be purchased here.