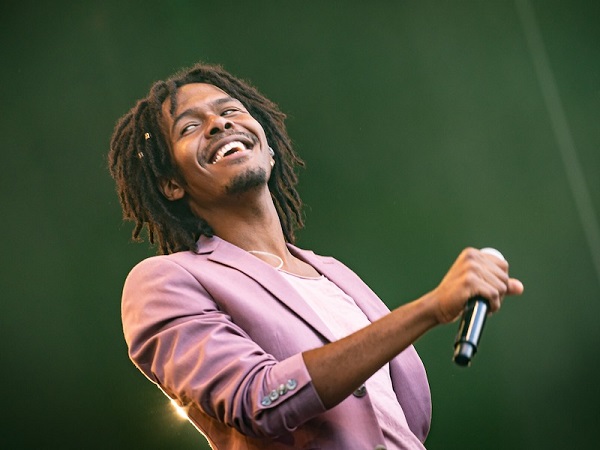 [Many thanks D. S. Battistoli for sharing this link.] Robyn Gallagher (wiwibloggs) reports that Surinamese soul singer Jeangu Macrooy will represent the Netherlands at Eurovision 2020. The Surinamese artist moved to the Netherlands in 2014 to further his music studies after finishing at Paramaribo’s conservatorium.

Ever since a Dutch radio DJ claimed that the local act for Rotterdam would be an artist whose name begins with the letter J, speculation has flown. Now two reputable Dutch newspapers are reporting that the modern soul singer Jeangu Macrooy will represent the Netherlands at Eurovision 2020. The Dutch newspaper AD say their “very reliable sources” confirm that Jeangu Macrooy has been internally selected, while the newspaper Het Parool also reports the same news. Neither of the papers have given further details about the internal selection, but the reputation of both newspapers give this report more gravitas than the previous speculation from showbiz media.

Jeangu Macrooy is a Surinamese singer-songwriter. He was born in the former Dutch colony of Suriname in South America. He moved to the Netherlands in 2014 to study songwriting at the ArtEZ Popacademy. Since then, he’s built up a career in the Netherlands. Jeangu has released two studio albums, one live album, an EP and many singles. He regularly tours in the Netherlands, as well as Belgium, Germany and France.

Jeangu is a regular guest performer on the popular Dutch TV show De Wereld Draait Door (“The world keeps on turning”). He performs his own music on the show, as well as tributes to artists such as Stevie Wonder, George Michael and Bob Dylan.

In 2018, he played Judas in the annual Dutch performance of The Passion. The show was directed by Eric van Tijn, who is also the musical director of Eurovision 2020. While Jeangu mostly sings in English, his The Passion performance was all in Dutch.

The singer has a twin brother, Xillan. His brother is also a singer and performs in Jeangu’s band. The two have also duetted together.

Jeangu has spoken about the importance of being an openly gay role model for young Surinamese people — a country where gay culture is often considered a taboo subject. Jeangu explained, “I’ve got a stage to trigger change. I hope I can be meaningful for all those young people in Suriname who discover their sexuality and discover that they’re different.”

If Jeangu is indeed selected for Rotterdam, he won’t be the first Dutch Eurovision act with Surinamese origins. Singers Humphrey Campbell (Eurovision 1992) and Ruth Jacott (Eurovision 1993) were both born in Suriname before moving to the Netherlands.