What the protests appeared to have in common was: anger at economic hardship and insecurity, indignation about lack of democracy, public mismanagement and corruption, and rejection of politics-as-usual.

In the following poem, Roberto Biaggi Irizarry, a Puerto Rican artist, architect and poet, expresses sentiments that probably many people in the region shared in 2019: discontent, frustration and fury, but ultimately also a desire for una patria mejor, a better nation.

Puerto Rican political anthropologist Yarimar Bonilla predicts that we will continue to “navigate toward the unknown” in 2020, as we persevere in this hopeful search for “a new national project” in each of our jurisdictions. 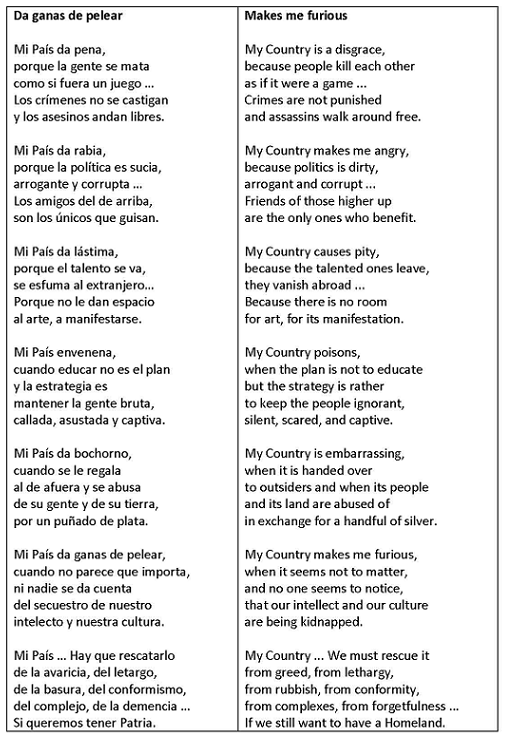 The photo (© AP/Chery Dieu-Nalio, February 2019) shows a demonstrator in Port-au-Prince, draped in the Haitian flag and holding a copy of the Haitian Constitution.