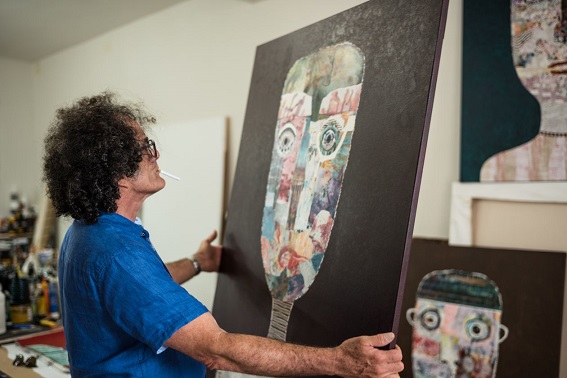 Michael Magers (Barron’s) writes about the rise in the presence and popularity of Cuban artists in the U.S. market in spite of the political difficultis presented by the Trump Administration. He also underlines the career of artists who are not yet known in the U.S. such as Hector Frank, whose artwork is will be featured at an upcoming exhibition from October 18 to November 10, 2019, at the Toth Gallery in New York. Magers writes:

Last May, during Christie’s Latin American sale, the Cuban painter and sculpture Roberto Fabelo set a new record for his work at auction, when his large scale piece Volutas sold for US$300,000, 50% above its high estimate.

It was a watershed moment for Cuban art: Like Chinese art in the early 2000s, Cuba’s contemporary art scene is in the cultural spotlight. Auction houses in the U.S. and elsewhere are beginning to feature Cubans, and prices are on the rise. Established artists such as Fabelo, painter Carlos Alfonzo, and the mutli-disciplinary Manuel Mendive now occupy auction catalogs alongside 20th century Cuban luminaries like Wilfredo Lam.

“We saw strong demand for Cuban contemporary artists’ works in our May sale,” says Diana Bramham, Specialist, Latin American Art Christie’s New York. “In recent years, we have [also] noticed an uptick in demand for certain contemporary Cuban artists, such as Mendive and Fabelo.”

Another member of Cuba’s new artistic vanguard, Carlos Quintana, recently had a palazzo full of his large-format paintings on display during the Venice Biennale, and relative newcomer Hector Frank’s artwork is being featured at an upcoming show from Oct. 18 to Nov. 10 at New York’s Toth Gallery, which specializes in Cuban art.

In April 2019, after being postponed for a year due to damage from Hurricane Irma, Havana hosted its 13th Biennial. The city’s famed Malecon seawall was dotted with installation art and Old Havana’s cultural institutions played host to exhibitions showcasing both up-and-coming local talent and more well-known players, such as the French street artist JR.

But this growing interest in Cuban art is jeopardized by the Trump Administration’s increasingly confrontational stance toward Cuba, which is making it harder for foreign art buyers to visit the island and acquaint themselves with local artists.

[. . .] Part of Cuba’s allure has long been a reputation for creative expression married with technical skill—a combination that can be seen not only across the country’s more well-known cultural exports, such as dance and music, but also in the innovation required by Cubans on a daily basis to go about their lives under often extreme economic conditions.

Artists are no exception. Hector Frank, 58, is a rising star in the contemporary Cuban art world. An intellectual with a gift for understanding all things mechanical, Frank’s main source of income up until the early 2000s came from his work as an electronics repairman. He painted at night in his spare time.  Frank’s social circle, however, was filled with some of Cuba’s top artistic talent, and when they saw the work he was creating in his spare time and without any formal training, it was clear he had a voice. Friends nudged Frank to continue painting, and he’s never looked back.

Bryant Toth, who cut his teeth in New York’s hospitality industry, will host Frank’s work at his eponymous gallery in New York. Toth, 31, first visited Cuba nearly 10 years ago, when a mentor and early proponent of Cuban art invited him on a trip to Havana. Enamored with the work being produced there, Toth has visited the island nearly 40 times in the last decade to develop and build relationships with artists. Toth and Frank embody the type of relationship necessary to bridge the gap between increasingly sought-after talent and limited market access, which is one of the unique challenges Cuba presents. [. . .]