A report by Tommy Williams for Forbes.

Caribbean food is known across the world for its rich flavours and is a food category which is growing in the UK and beyond as many people are increasingly curious to try food from different cultures and more established restaurants pop up. However, one of the major downsides to this cuisine is the impact it can have on health which is reflected in the abnormally high rates of dietary-health illnesses such as high blood pressure or diabetes across Afro-Caribbean communities the world over. One entrepreneur who left her career in the City of London to launch a health-conscious contemporary Caribbean food offering that you can enjoy guilt-free is Afiya Titus, founder of Lime Hut.

Early Beginnings
Afiya grew up in the UK with parents who were the first British-born progeny of her Windrush generation grandparents, hailing from Jamaica and St Vincent and the Grenadines to be precise. The West Indian influence in the household growing up was very present and further complemented by annual trips to visit her grandparents, alternating between the Islands where her parents were from. Outside of the home, however, the experience was very different. Afiya attended a girl’s boarding school in Berkshire on a full scholarship, the only way her parents would have been able to afford it and openly classifies herself as a ‘nerd who excelled academically’. Unsure what route to go down she took on a variety of subjects in school with the only career she had given any serious thought being a diplomat. In light of this, she pursued a degree in French and Latin at UCL, subjects she had studied and enjoyed from the age of 8. Like many students, the university provided a great platform for discovery and Afiya soon found herself connecting with people from similar backgrounds in the African-Carribean Society. Soon after she became president of the society and meshing her academics and career aspirations with engaging with the community didn’t seem like such a foreign concept any more.

By the end of her degree, Afiya had switched paths from wanting to be a diplomat and after an internship at Big Four accounting firm Deloitte landed a role in the Energy and Resources team working in audit. This role enabled her to learn about a variety of businesses as well as study towards gaining her chartered accountants status.

During one of the many study sessions with her colleagues for ACA (Associate Chartered Accountant) exams Afiya convinced her colleagues that they should have Caribbean food for lunch. She was surprised by how much her diverse set of colleagues enjoyed the food but the enjoyment quickly turned into ‘food coma’ with everyone extremely lethargic from the heavy meal and unable to productively finish off their revision session. Whilst Afiya knew how unhealthy Caribbean cuisine was she didn’t realise it wasn’t tailored for the lunchtime market due to its heavy nature so carried out research and realised these foods were very high in salt content and saturated fat which also led to many diseases prevalent in the Afro-Carribean community such as diabetes and high blood pressure. What was most surprising was the fact that many of the ingredients ranging from vegetables to lean meats were actually inherently healthy but the cooking methods and portion sizes counteracted that. She decided she wanted to do something about changing this so more people could enjoy this cuisine frequently and not leave it researched for the weekly cheat meal 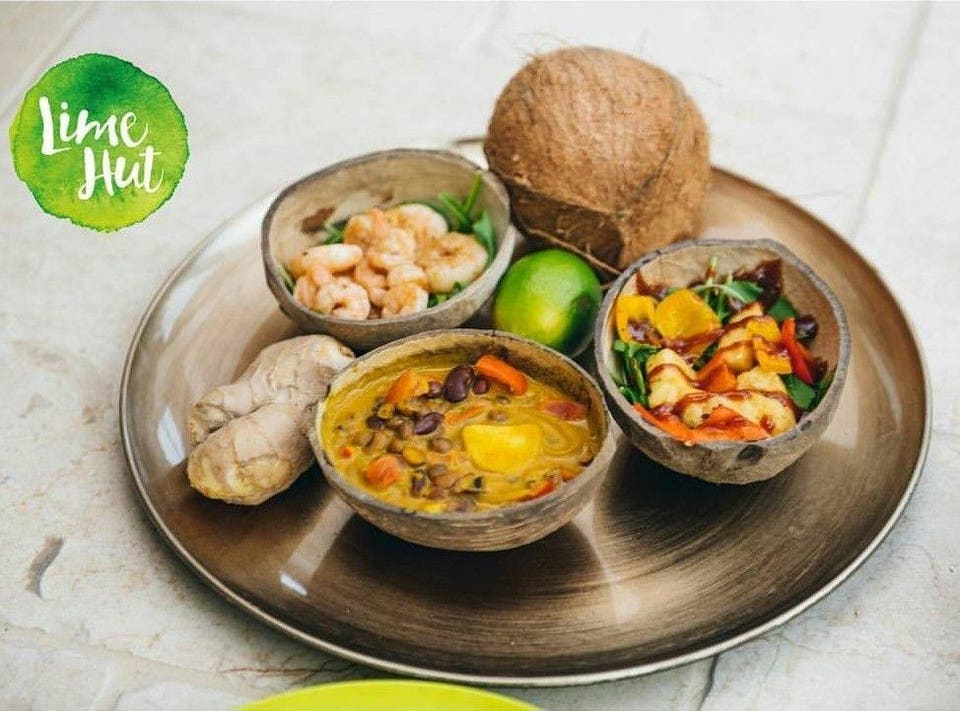 Whilst Afiya would have never considered herself a chef she had always loved cooking with her parents and grandparents growing up, often trading cooking the family dinner for a more mundane chore. She decided setting up a supper club was the easiest way to get her feet wet on making the healthy Caribbean-inspired meals for groups of people and came up with the name Lime Hut which originates from the West Indian term to ‘lime’ which means to hang out at the beach with friends.  The supper clubs proved to be a success and after gaining her chartered accountant status coupled with many years of experience auditing successes and failures across a variety of businesses Afiya decided it was time to quit her job and start a food stall which proved to be a huge surprise to her family. The early days included picking out the menu, opting whether to get a truck or a gazebo and sorting out a location. Almost everything she meticulously planned went wrong and when asked by friends about starting a food stall her advice is to ‘plan but, more importantly, just get started as that is where you will learn how to structure your business in the early days’. A specific example she gives is realising ‘if you put the rice cooker or grill on one side of the stall you attract more customers’ a small detail but one that can be easily overlooked until you’ve started. 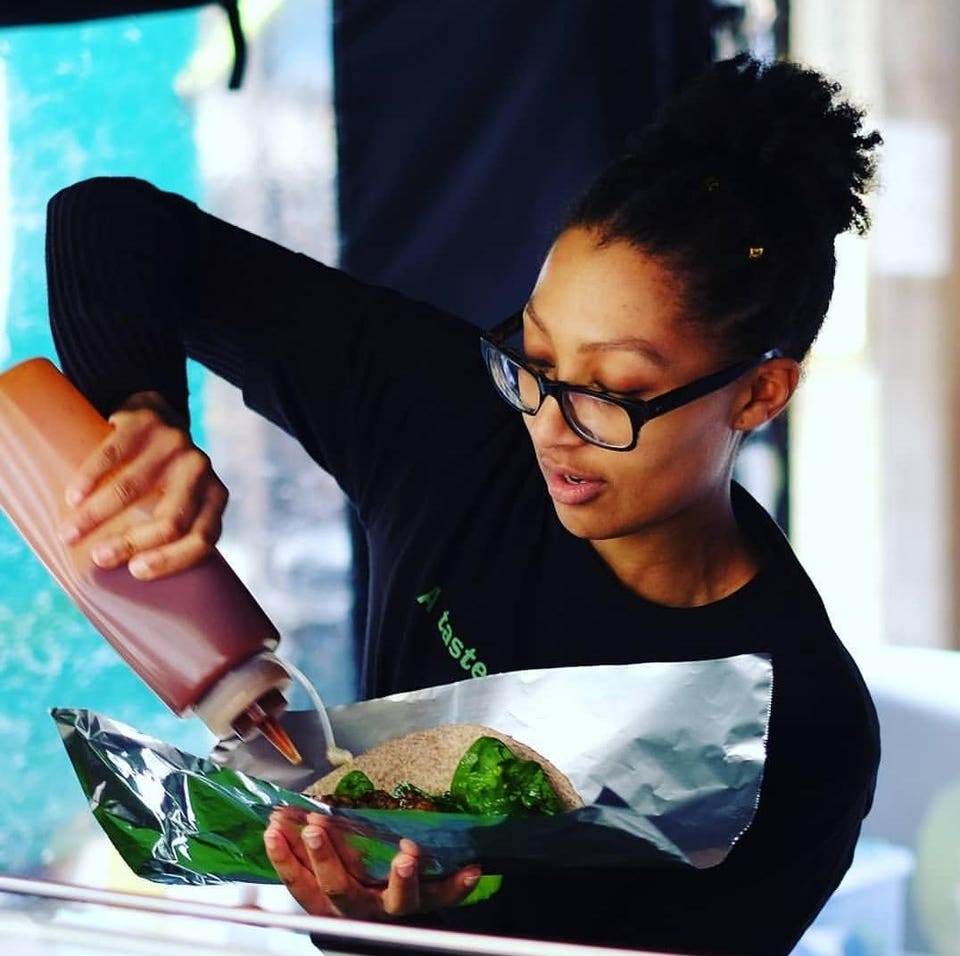 One stroke of luck she did get was after identifying the many food courts in London she was granted a spot in Berwick Street in Soho. This proved to be more than a location as the stall itself has proven to be a great marketing tool as many of her larger corporate clients she has picked up today work locally in the PR and Advertising industries which dominate the area and have inquired after trying the cuisine. These clients today include collaborating on events with large companies such as River Island and Nike.  Looking further ahead Afiya’s ambition is to expand Lime Hut into a grab-and-go chain that serves the lunchtime market in cities like London so she can bring a “taste of sunshine” to people across the UK and expand the West Indian food influences beyond Jamaica, highlighting some of the diverse and healthy foods from around the “smaller” islands that often get overlooked. Opting for the healthy angle is a niche for Caribbean food, but Afiya is determined to help play a part in leading a cultural shift to improve the health and wellbeing of the community she loves by bringing Lime Hutto a more modern Caribbean audience as well as broadening its appeal to the UK market.